The following chapter of the guide to Call of Duty Cold War contains beginner tips for the Zombie mode. You'll learn here about what's worth doing in this mode and what items and techniques to use. We have included various hints and tips for players who only just start their fun in the Zombie mode.

Remember to use the Healing Aura

Healing in this game takes the same slot as grenades. It regenerates your health pretty much immediately and you still can shoot while using it. Healing, along with armor and the quick revive item will make you an unkillable machine.

You can get the healing items at the crafting table.

Get the free wonder weapon

Various challenges, tasks and upgrades have been prepared on the Zombies mode maps. One of the coolest and easiest ones to get on the Die Maschine map can be found in the first building. This weapon is also necessary to unlock the Carpie D.I.E.M. achievement. 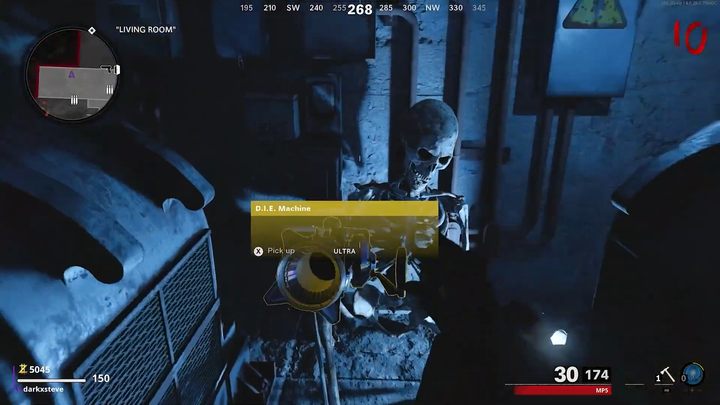 Only one person in the session can pick up that weapon.

If you want to see how to get the weapon and get the achievement, go to the Achievements section.

By crafting items, you can not only add healing to your equipment - you can also craft deadly weapons and Support items. Combat bow is useful for Megatons, sentry guns can easily deal with a large group of zombies, and helicopter support will be especially useful if you find yourself surrounded by zombies.

You can gear up at the table for the next waves of zombies.

Armors in this mode reduce the received damage. While the Pack-a-Punch is enough to upgrade your weapon, armor should be a priority when it comes to upgrades. At Armor level 3, it will be much harder to kill you, and the cost of repair is small. 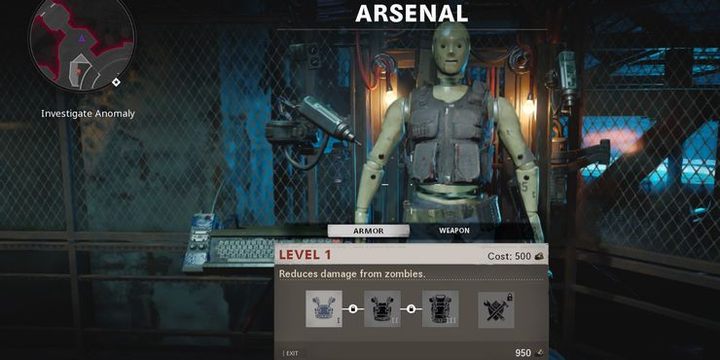 Armor reduces the damage received from zombies by a considerable amount.

Gallo SA12 is probably the best weapon to use against zombies. It doesn't cost much because it's 2000 points and you don't have to upgrade it. If you want to upgrade it further, you only need 1500 points. It's a weapon with a high rate of fire and quite substantial damage. This weapon can be found on the wall near the plane wreck in Die Maschine (on the minimap it is marked with a weapon icon).

Gallo SA12 is the best weapon available on the building walls.

This tip may seem rather strange. Don't let that baffle you, though, because using the knife alone on the initial waves of zombies makes sense. You will get the most points for killing an enemy with a knife (and if you hit the head on top of that) to upgrade your guns during the game and buy new ones.

If you don't have a knife, only a gun, using it in hand-to-hand combat will still count as using a knife. Thanks to this tactic, you will be able to buy the right upgrades much faster.

At first you can use the knife or rifle stock to kill zombies - later, however, they get too tough for it.

The Pack-a-Punch Machine should be enough to upgrade your weapon. Every upgrade costs points:

This machine also allows you to add mods onto your guns, which cause additional effects when shooting (eg. set enemies on fire). It's worth assembling the machine for about 10 enemy waves. 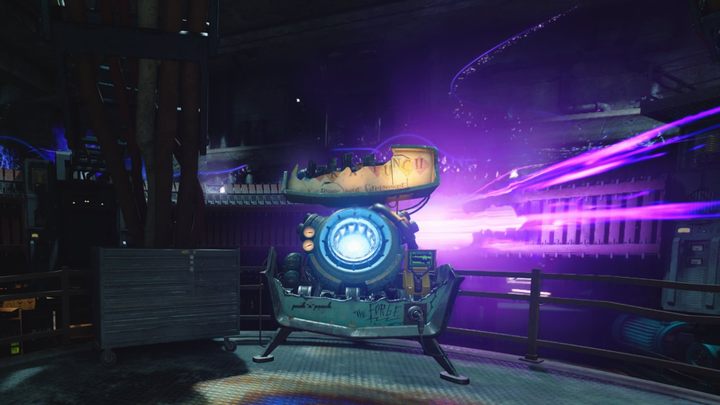 The Pack-a-Punch will make the zombies much easier to defeat.
See/Add Comments
JOIN FOR UPDATES