Our Call of Duty Cold War guide contains a complete set of information about the latest game by Treyarch. The guide will help you get through the main storyline along with side missions, as well as learning the basic gameplay mechanics.

In the first part of the guide you will find a beginner's guide and a FAQ section. You will learn about the controls, stealth, and evidence collection. In the guide you will also find information about the player's base, psychological profile, suspects for Operation Red Circus and how to decrypt the floppy disk for the Operation Chaos.

The second part of the guide is a walkthrough, where you will find descriptions of all main and side missions. You will also learn about the important choices that affect the ending of the game.

The third section of the guide contains information about the co-op zombie mode. You'll learn about character classes, challenges, maps, skills to choose from, as well as available weapons and possible weapon modifications.

Here are some of the most important hints for beginners in Call of Duty Cold War:

For more tips and information, check out the separate Beginner's Guide section.

In Call of Duty Cold War you will complete 11 missions along with side missions. We have listed here the tasks that are required to complete the main storyline. The last two tasks (Operation Chaos and Operation Red Circus) are side missions - you don't have to do them to finish the main story. The Final Countdown and Ashes to Ashes are separate campaign endings.

CoD Cold War: All the evidence

In Call of Duty Cold War, evidence is optional, but it does affect the ending of the game in some way. Evidence is needed to unlock side missions in which you pursue foreign intelligence agents linked to the main antagonist. Some of the evidence is more difficult to find, so it is described in this guide.

In Call of Duty Cold War there are quite a few choices waiting to be made, as for such a short singleplayer campaign. Some of the choices are quite non-obvious and unpredictable, so they are all described in this guide. Some of them have a fairly small impact on the campaign, while some may cause you to lose someone from your team of operators.

These system requirements allow you to launch the game and play on low details. Requirements for other visual settings can be found on a separate System Requirements page.

Detailed keybindings for Call of Duty Cold War can be found on our PC Controls guide page.

There are 44 trophies to earn in Call of Duty Cold War. Some of the challenges involve completing the campaign at any or high level, killing enemies in a specific way, or killing a specific number of enemies in specific scripted sequences. Some relate to multiplayer and zombie mode.

The multiplayer (win 50 matches and kill enemies as a passenger/pilot) and Zombie mode challenges can be time-consuming - especially launching Zombie Solo mode. 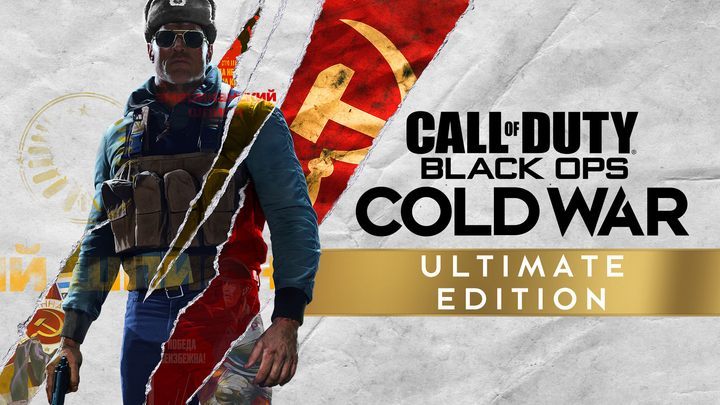 If you buy the Definitive Edition for consoles, you get the PS4 and PS5 or Xbox One and Xbox Series X|S versions of the game.

Call of Duty Cold War game for PS4 and PS5 or Xbox One and Xbox Series X|S, Woods Operator Pack for use in Modern Warfare and Warzone, Confrontation Weapons Pack.

Call of Duty Cold War game has over a dozen language versions, including Polish. Changing the language in the Battlenet launcher will change the dubbing and subtitles.

The main storyline of Call of Duty Cold War is about 5 hours long. If you want to explore everything the singleplayer campaign has to offer, along with collectibles and easter eggs, around 9-11 hours should be enough.

CoD Cold War: About the game

Call of Duty Cold War is the seventeenth installment of the popular FPS series developed since 2003. The game was developed by Treyarch studio, which is also responsible for the Black Ops sub-series.

The action of Call of Duty Cold War is set in the Cold War era. During the game player has to thwart plans of KGB agent codenamed Perseus. Decisions made during the campaign have an influence on the ending, and the game features several of them. During the campaign we will often have to act silently, but there are plenty of bloody and spectacular shootouts.

In terms of game mechanics, the game does not differ much from previous installments. The game has a multiplayer mode allowing for cross-platform matches and a cooperative zombie minicampaign.

Tencent and Chinese Censorship of Video Games - A Growing Menace

Chinese censorship is like taxes. You notice it once a year, but it affects you constantly, is everywhere, and changes everything.

Don't like games with the story spread over 50 hours? Hate side quests that distract you from history? So we have prepared a list of new productions, which can be completed in under 10 hours!

The Best New Games for PS5

A PS5 is hard to come by, and it's hard to get new games that make the most of its power. In the hope of tackling both problems, we begin to assemble the list of the best new games available on PlayStation 5.

We know there's but one game that should be in this article, but unfortunately, it's not. There is a fine collection of releases anyway, though, and there's plenty of games to keep us occupied in November.