As you roam around Darkwater Port in Call of Cthulhu, you'll come across two drunken sailors who will offer you help in getting rid of the thugs blocking access to warehouse 36. However, they'll want you to pay for their "services" - preferably in the form of, as you can probably guess, alcohol. However, you have to get it first - which is what this chapter deals with. 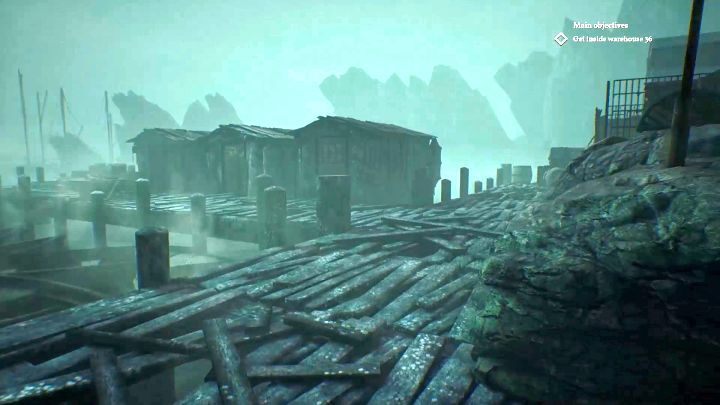 Check the first house on the right to search for alcohol - it has a bottle of liquor.

After talking to the drunken sailors, head to a place where a human fugitive screams about what to do with the whale's carcass thrown to the shore. Pass the congregation and go along the coastline of Darkwater Port. In the distance you should already see the outline of three wooden huts - the first one from the right is your goal. 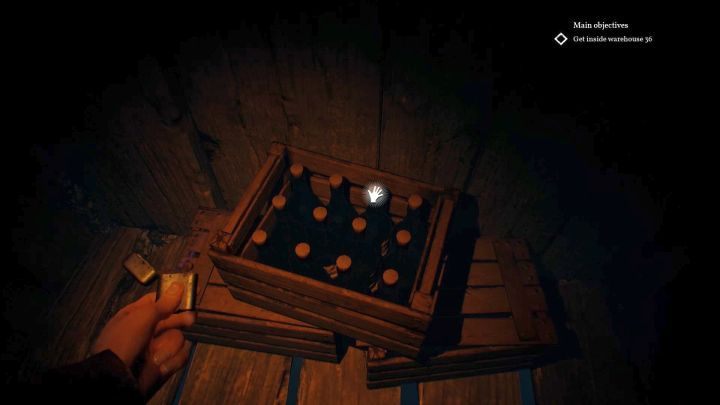 In this chest you will find the liquor.

Get closer to the hut and interact with the door lock. The hero will pull out a set of spokes and the door will open after a short while. Go inside and approach the icon in front of the entrance - when you press the interaction button, the hero fires a lighter to light up the surroundings. Then you will be able to get a Bottle of liquor. 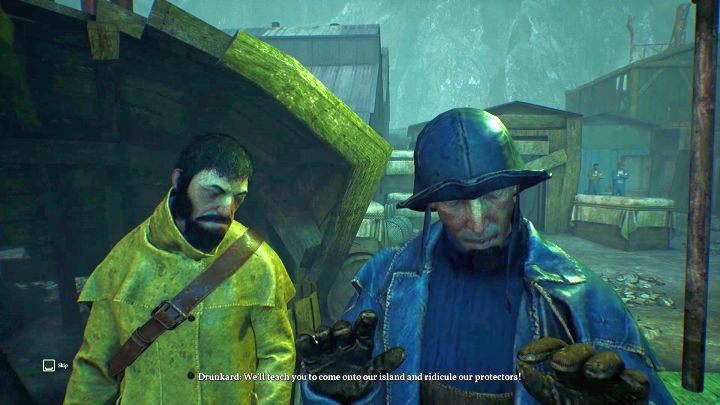 Give the alcohol to the drunkards to get their help.

Now go back to the drunkards and start a conversation. At the end of the conversation you will be able to give them the alcohol, in return they will draw the attention of the guards, thus opening a way for you to slip through. For your efforts you will receive an additional achievement - No prohibition in Darkwater. The whole process has been described in detail in chapter 2 of our walkthrough.