I guess you won't have any major difficulties getting through this entire field. Each time you'll have to begin by ordering your teams to suppress enemy units. Next up you'll have to surprise enemy soldiers. You'll be going alone or with an assault squad. I would recommend that you start off by moving to your right, because you'll have an opportunity to attack the first group [#279]. Prevent the soldiers from leaving their cover, because they would take cover behind a wooden fence and they would be able to kill you from there. 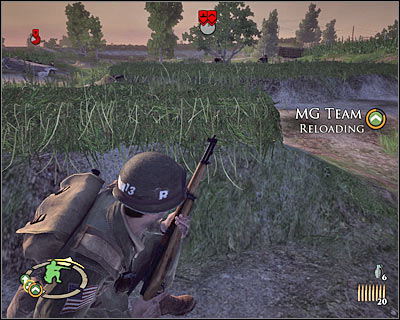 A second group of German soldiers is taking cover next to a fallen tree. Get rid of them. Once they're gone, allow your teams to move forward (3 on the map). Two squads should stop in the central area [#280]. Send the remaining one to your left. Make a few steps forward and allow new groups of enemy units to reveal their positions. 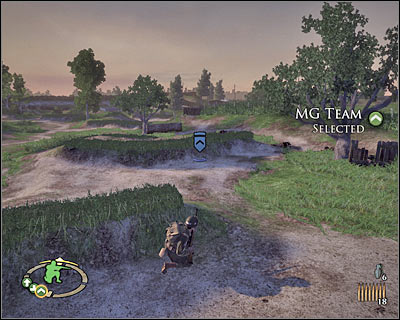 At least one of your teams must begin firing on a heavy machine gun post which can be seen in the distance. Obviously you will have to surprise the nest somehow. Travel south-east and use large obstacles for cover along the way. Find a good place for a surprise attack and kill the gunner [#281]. There's also a second group in this area and you should be able to neutralize it as well. 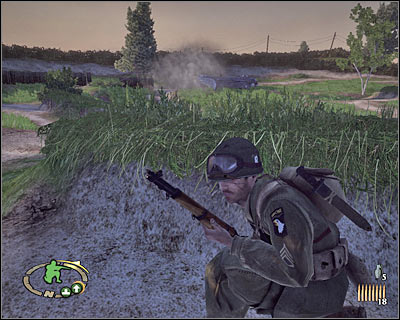 You may order your men to move to new locations (5 on the map). This time your colleagues must face the western section of the map, because that's where more enemy units are hiding. Allow your men to open fire. You should consider exploring a nearby hill in the meantime, because the first recon point (4 on the map) is located there [#282]. Read the report (Sand dunes) and rejoin with one of your squads. 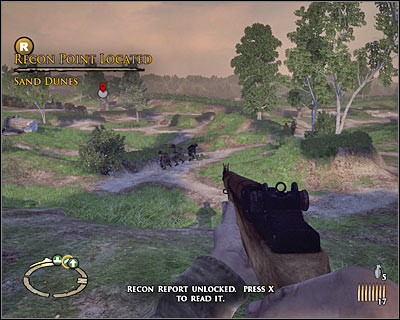 Make sure that your teams are still firing on enemy troops. Travel south-west alone and take cover behind a large object which can be found on top of a small hill (6 on the map) [#283]. You have an excellent view of the surrounding area from here and obviously you should use this to your advantage. Use grenades or your rifle to dispose of enemy soldiers. 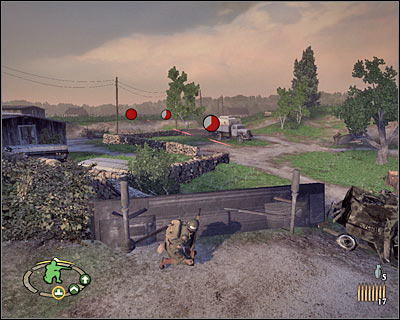 Order one of your squads (MG or Base of Fire) to get here after dealing with a few enemy soldiers. Your men must suppress the rest of the Germans from this location. Try moving to a second cover (6 on the map). Order a new group to join you. Finally you should consider moving west. Find a good spot from where you can continue firing on enemy units [#284]. 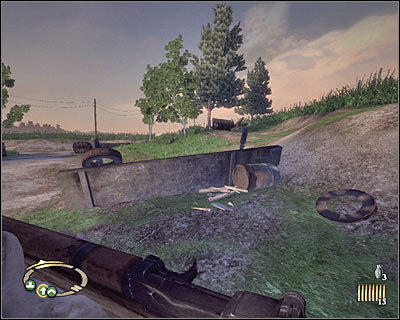