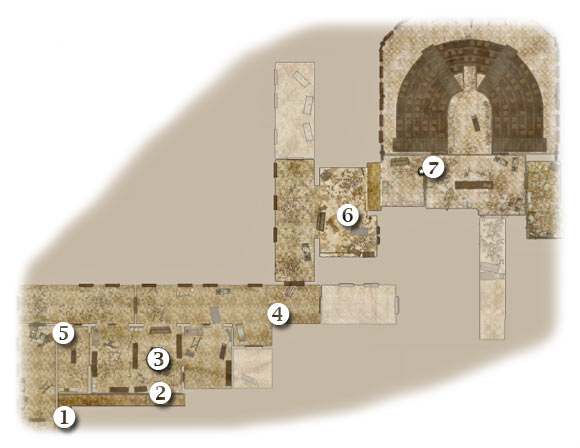 You're still inside the tunnel (1 on the map). Start moving towards the only available exit (2 on the map). You'll end up standing in front of an ammo stash (3 on the map). Rearm yourself and use your gun to eliminate troops which will appear in front of you [#202]. Prevent enemy soldiers from leaving your line of sight. 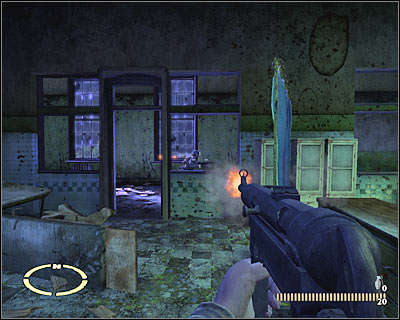 The second group will make appearance to the east of your current location (4 on the map). You should be ready for their attack, because otherwise they could surprise you easily. Ignore your target area for the time being and focus on exploring the western part of the map. There's a third kilroy (5 on the map) here [#203]. 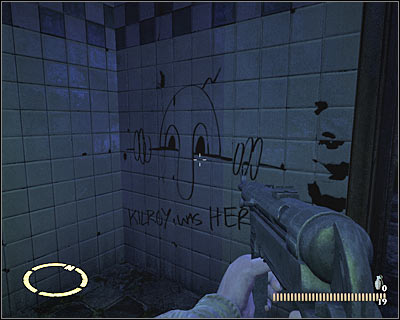 Head on to the next section. You shouldn't encounter any additional units along the way, however you can still inspect the surrounding rooms just to be safe. Check the table in one of the rooms (6 on the map) and you'll unlock your final bonus for this mission - second recon point [#204]. Read the report (Photographs) and proceed to a new hole in the wall. Eventually you'll get to an area (7 on the map) where you'll be rewarded with a cut-scene. 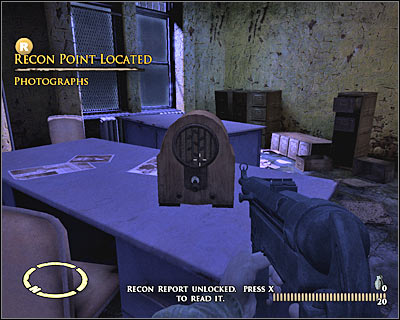 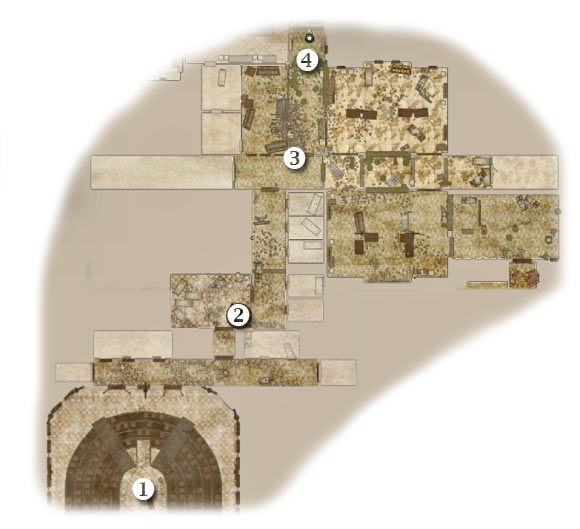 This time you're starting inside the amphitheater (1 on the map). Head north and eventually you'll come across a new ammo stash (2 on the map). Collect supplies and continue moving north. Stop near the northern room (3 on the map) [#205] and wait for German soldiers to show up. Kill them and head on to the northern exit (4 on the map). 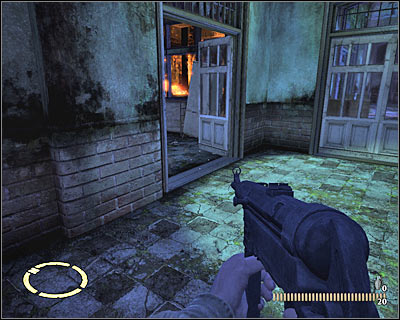