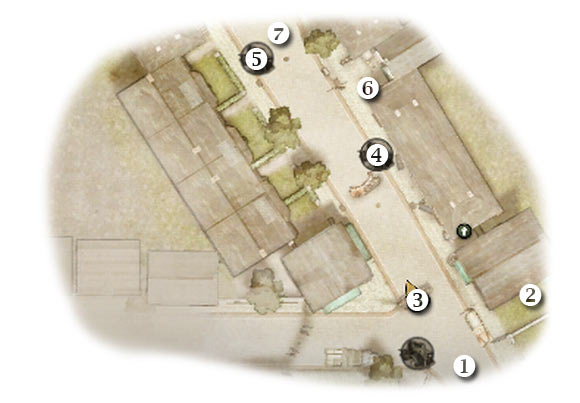 Like I've already said, you should take your time to plan your moves. You start somewhere the south of the junction (1 on the map). The surrounding area is swarming with enemy troops, so you must be extremely careful to survive. Keep pushing forward. Use nearby objects for cover [#92] and eliminate enemy soldiers from there. 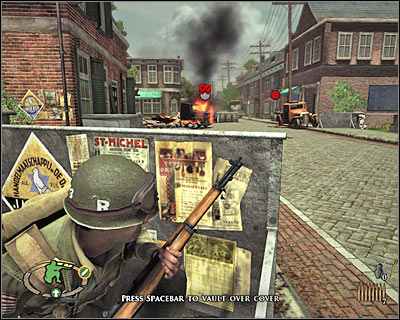 Instead of choosing the most obvious passageway to the junction, you could also surprise enemy soldiers by going inside one of the buildings (2 on the map). They wouldn't expect your attack and you would have a clear shot at them (3 on the map) [#93]. Order your squads to get to the junction, especially the bazooka team. 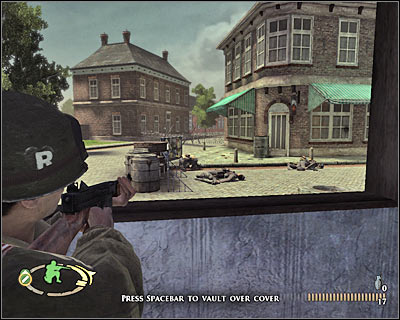 Notice that a third truck is parked directly in front of you and your men (4 on the map) [#94]. Obviously you must issue an order to get rid of it. If you're lucky, you'll take care of a few soldiers at the same time. Eliminate a new heavy machine gun post while you're at it. The MG is located on the first floor of the left building. 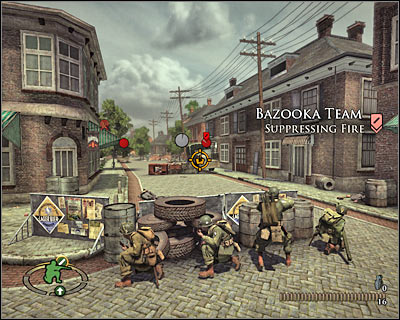 You can also disable the final fourth truck from here, without having to relocate your men (5 on the map). Once it's destroyed, remain here for a few more seconds instead of running towards the exit. The reason is that enemy units may be hiding to your right (6 on the map) [#95]. Eliminate them alone, without risking lives of your teammates. Head north (7 on the map). 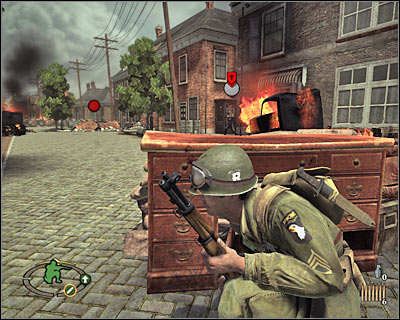