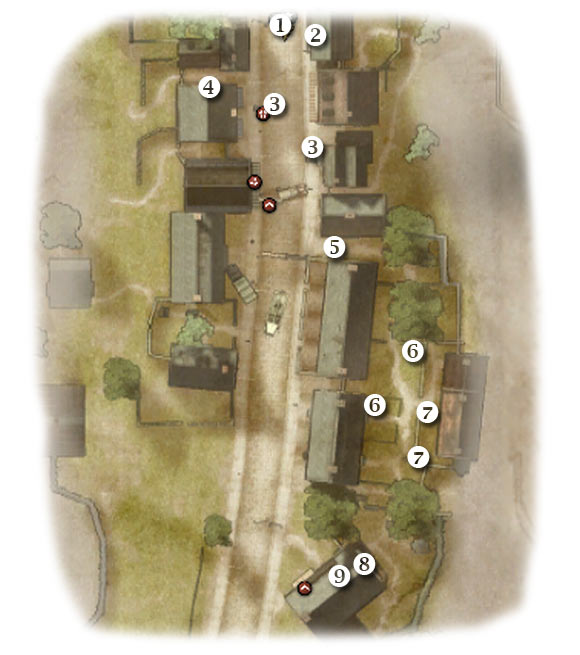 You shouldn't be in a lot of hurry, because you'll probably find yourself pinned down. It would be a good idea to disable a heavy machine gun post from here (1 on the map), so you won't have to worry about avoiding it later on [#65]. You can also choose several larger targets for your bazooka squad. Proceed to the entrance of the left building (2 on the map). Once you're safely inside, order your assault squad to join you. 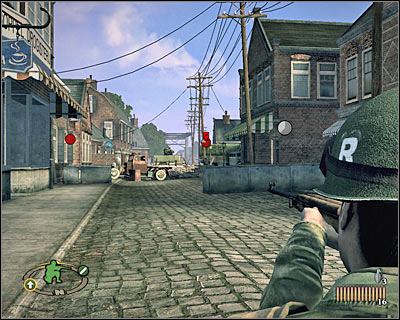 Proceed to the next building. Set up your assault team near the windows [#66] and order your bazooka them to get here as well (after a short while). After that, you can send your teams towards new cover points (3 on the map). Allow them to remain there for a few minutes. You can inspect the right building at the same time (4 on the map). It should be guarded by at least one soldier, so you'll have to be careful and prevent him from making a surprise attack. 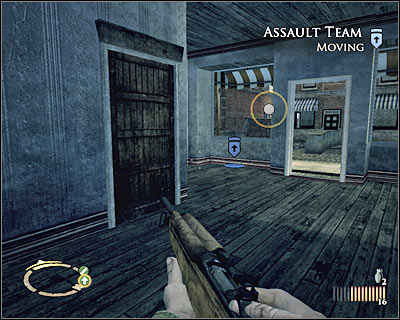 Once you feel it's safe to move on, send your teams to the south, but prevent them from getting shot at. Now you'll have to go left. There's a small alleyway here (5 on the map) [#67]. Take your time to reach the new area and order your men to take cover behind some of the nearby objects. Your colleagues should start firing at enemy troops. There are at least two groups of German soldiers to the south of your position (6 on the map). 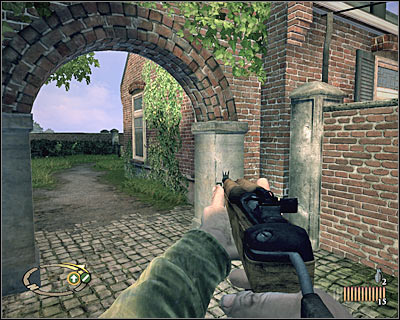 I would recommend that you deal with German troops on your own, because your squad members could die easily here. Use the left wall for cover and you can also approach enemy units much easier that way (7 on the map) [#68]. Use grenades if you want to, however you focus primarily on being able to surprise your opponents. 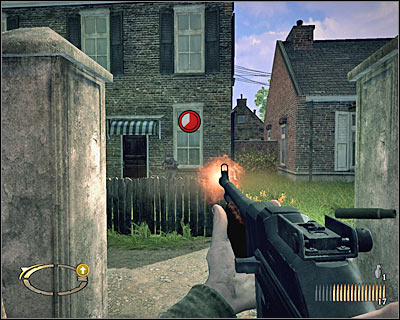 Don't move to the west while trying to get rid of enemy units, because you would have been attacked by a nearby MG nest (8 on the map). The easiest way to destroy the post is to use grenades [#69]. If you don't have any of those with you, try killing the gunner with a single bullet to his head. Order your men to get here and enter this new building. 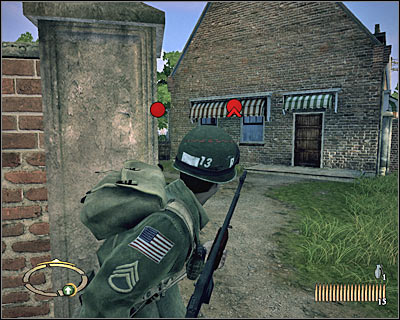