THIRD ASSIGNMENT: Destroy the Panzers and 88 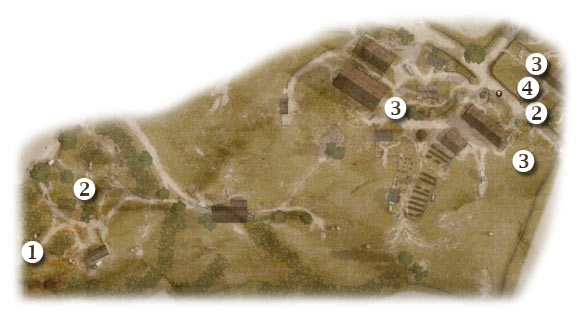 It's about time for your final trip. The good news is that you won't be surprised with anything new. Just as before, you'll have to eliminate enemy tanks, cannons and bazooka crews. You should also know that you'll be exploring larger fields instead of narrow passageways and this'll make your job a lot easier. Start off by moving east [#317]. 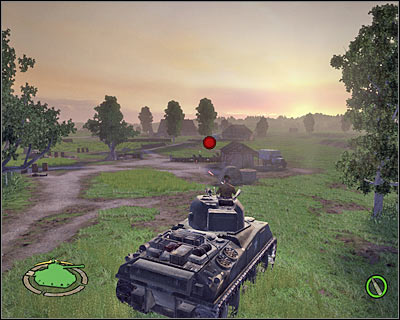 I guess you won't be surprised to hear that you'll encounter A LOT of standard soldiers along the way [#318]. Killing them is extremely easy. Only one bazooka team will stand in your way (2 on the map). I would recommend that you approach the village from the south-west. 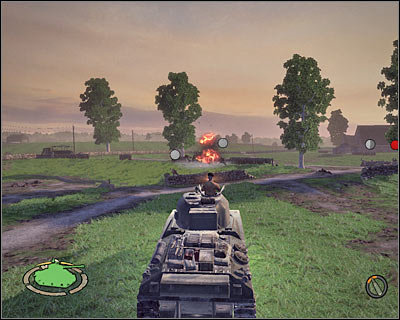 Be careful, because you'll encounter the first German tank in just a few seconds (3 on the map) [#319]. Destroying the metal beast shouldn't be a problem, as long as you keep moving. The second tank can be found to the east. Don't let it surprise you, because you may not notice it at first glance. 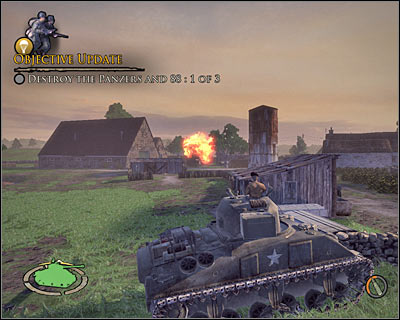 You must proceed north, because that's where the cannon is located (4 on the map). You have to be more careful here, because the 88 is being guarded by bazooka crews, as well as by the third tank. Destroying the 88 [#320] will allow you to complete this particular mission objective. 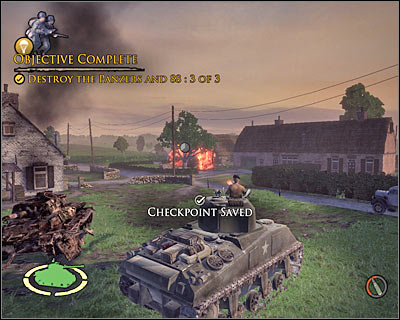