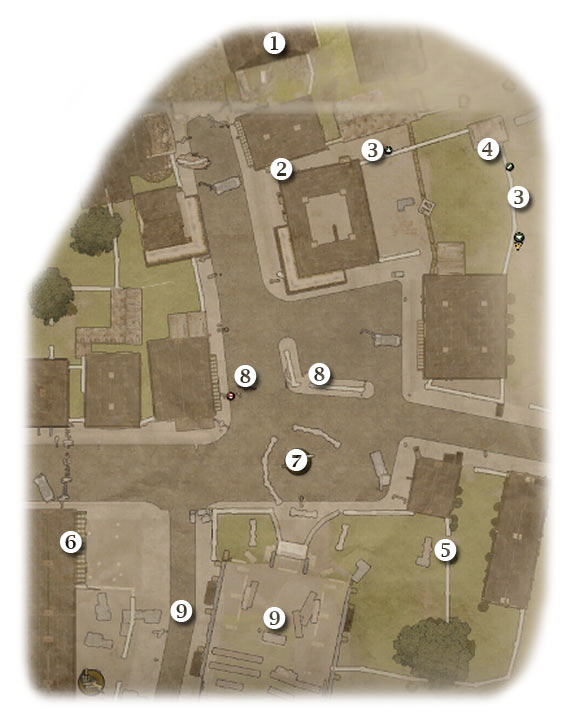 You will have to be extremely careful while trying to complete this objective, because you will find yourself under constant attacks by the crew of the cannon. You start somewhere near the northern building (1 on the map). Get closer to the main road and take cover behind the left wall. Use a grenade or your rifle to kill an enemy soldier [#214]. Travel south quickly. Turn left when you have the chance (2 on the map). Make a stop here and wait for your colleagues to join you. 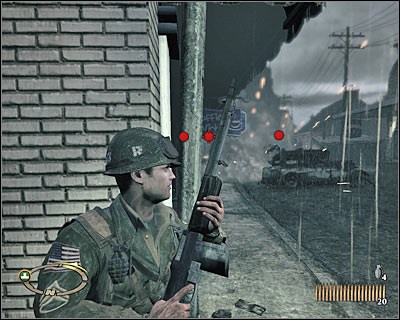 It's very important to plan your next moves, especially when it comes to moving your teams. It might seem that choosing the side alley allowed to you avoid the cannon, but it can still hurt you or your teammates. Order one of your teams to take cover behind a small brick wall. As for the other squad, send it to the east (3 on the map). Begin firing on enemy troops [#215]. 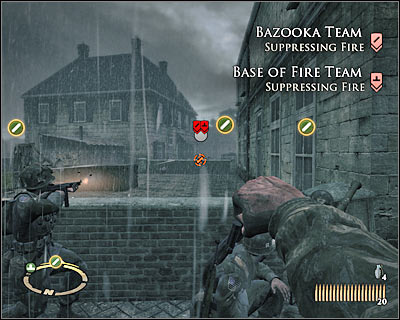 Once you've eliminated all enemy units, you will be allowed to find a bonus area. Approach one of the huts from the south and you'll find your first kilroy (4 on the map) [#216]. Do this slowly, because this still may be an area of interest for enemy soldiers and gunners. You could also go back to the kilroy later on during the course of the mission, however it would be easy to forget about it. 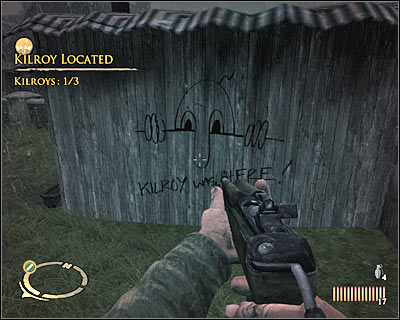 Order your bazooka team to follow your lead and proceed to the south. You should stay close to eastern walls of the buildings. You will eventually get to the main road. Don't try attacking the cannon from here. Instead, run to the south [#217] and take cover behind a wall of a new building. Wait for the bazooka team to get here. 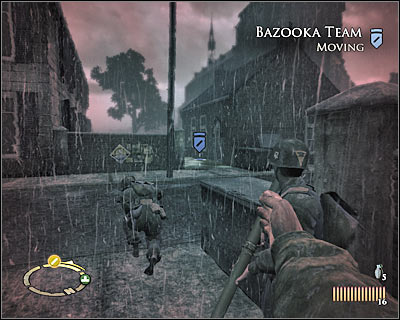 You will have to keep moving south. Get closer to the church and order your colleagues to move towards a small cover (5 on the map) [#218]. You may finally give your bazooka team an order to destroy an enemy heavy machine gun post. Once this is done, leave them here, because they won't assist you in eliminating any other targets. They'll also be safe from the 88. 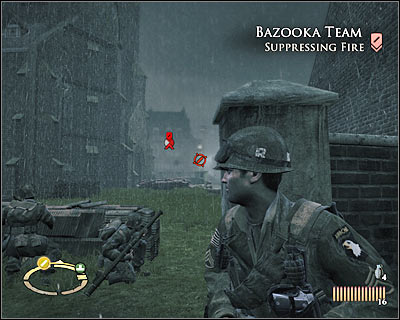 Choose a machine gun and start moving north-west. There's a small brick wall here and you should use it for cover. Keep heading towards the cannon. Eliminate the gunners and prevent them from leaving your line of fire. There are also enemy units to your left. Use the grenades to kill them [#219], especially since you'll rearm in the near future. Don't forget to place an explosive charge on the 88. Move back and wait for an explosion to occur. 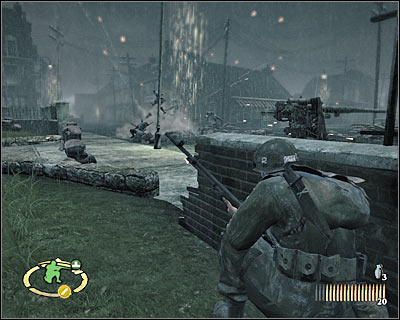 Notice that the destruction of the 88 is not enough. You will also have to deal with all remaining enemy troops. German soldiers are hiding to the south and they'll appear when you go there. Take your time and set up your teams near the cannon (8 on the map). Try going south. Enter the church and take care of a small group (9 on the map) [#220]. Your colleagues will deal with a second squad of German soldiers. Once it's safe, order your teams to follow your lead. 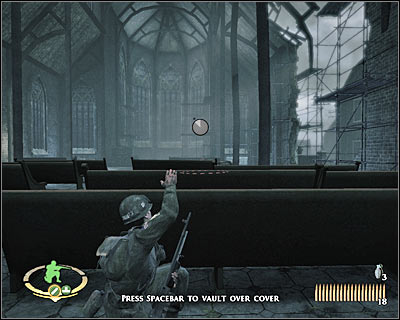