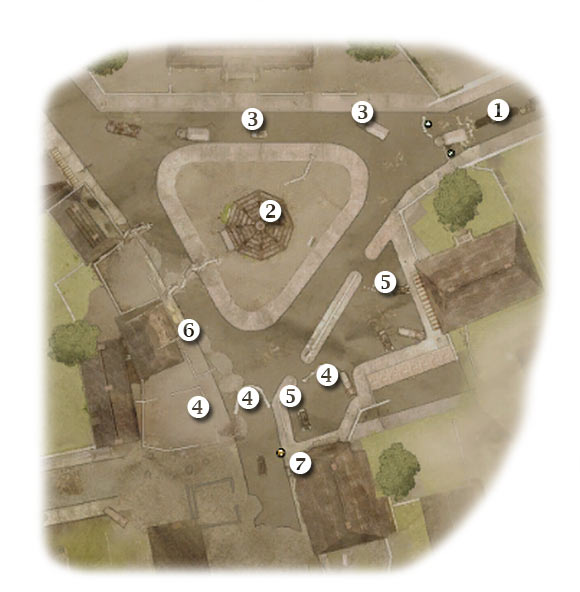 You start this mission in a very bad spot (1 on the map), because you and your men are being attacked by German forces. Notice that once again you have a bazooka team at your disposal. Both of your teams start the game behind good covers, so you shouldn't move them for the time being. Order your bazooka squad to take out a nearby MG nest (2 on the map) [#209]. This heavy machine gun post is located in the center of the plaza. 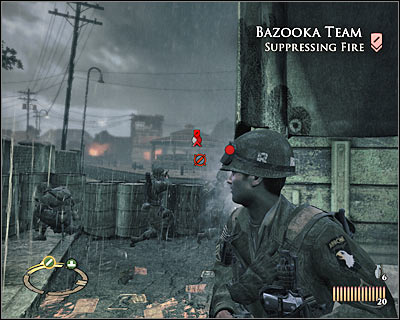 Don't worry if your team is having some problems getting rid of the heavy machine gun post, because you'll have to change your location anyway. I would recommend that you move alone. Head west and use some of the nearby vehicles for much needed cover (3 on the map) [#210]. You shouldn't have any major problems surprising enemy soldiers and killing them. Consider sending one of your teams to this area, however it's not a requirement. 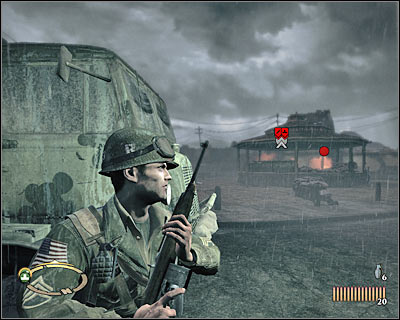 Return to the start area and consider moving to the south. This area is being guarded by new groups of enemy soldiers (4 on the map). Don't be afraid if you see more of them heading your way, because eventually they won't get more reinforcements. Obviously you should use your bazooka team to back you up. This will allow you to get closer to enemy units. Take cover behind one of available obstacles (5 on the map) [#211]. 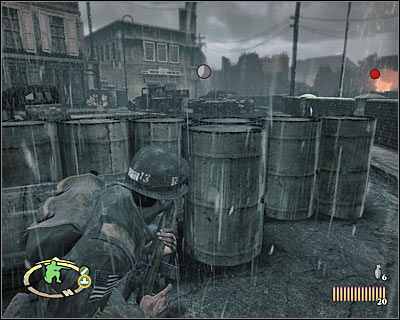 You must keep pushing south. Attack enemy units from the flank whenever possible and don't forget that your teammates can suppress the Germans anytime. It would also be a good idea to send one of your squads to the north. There's a first recon point in this area and you should unlock it when you have the chance (6 on the map) [#212]. Obviously you can also read the report (Market square). 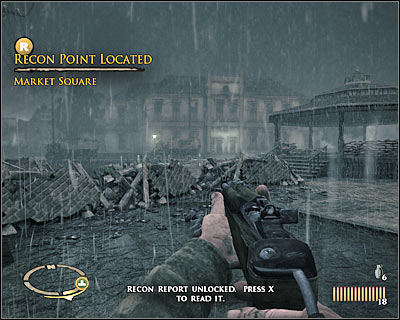 The final group of German soldiers will take cover inside the southern building (7 on the map) [#213]. The easiest way to get rid of them would be throw a grenade, especially since most of the soldiers are standing close to the entrance. Order both teams to follow you, enter the building and proceed to the south. Find the exit and await further instructions. 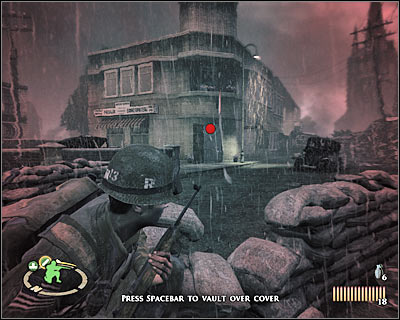