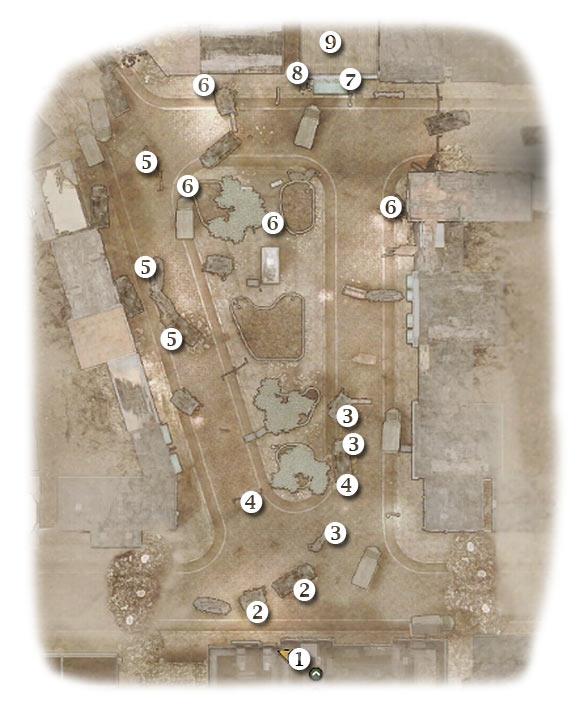 You start the game inside the southern building. Don't exit the building just yet. Instead, issue a few orders from here. Your teams should take cover behind some of the nearby objects (2 on the map). You don't have to worry about their safety, because allied units are stationed in this area. Proceed alone to the north-east [#176]. 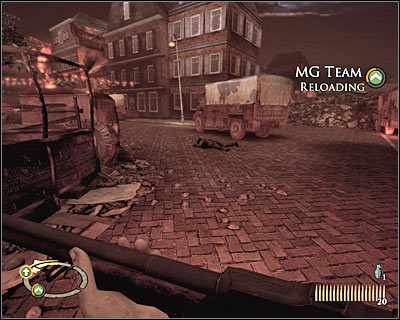 Enemy soldiers tend to change their locations a lot and sadly you must be ready for that, because I can't give you an exact info on where to find them. At the beginning you will probably have to deal with groups located to the north and to the north-west of your allies. As a result, you should inspect the eastern part of the map. There are some large objects here which you can use for cover (3 on the map) [#177]. Remember to avoid MG nests (7 on the map)! 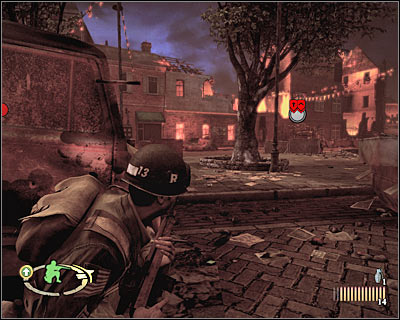 Eventually you will have to secure the entire southern section of the map. This will allow you to send your teams a little to the north (4 on the map). Your MG team should take the east side and the assault team the west side. I would recommend that you move alone. Go north-west, because that's where you'll be able to surprise enemy troops. 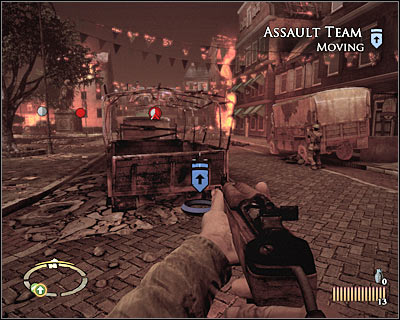 You must find new objects here to use for cover (5 on the map) [#179]. Keep pushing towards the northern building at the same time. The entire area to the east of your position will be occupied by German forces (6 on the map), so you'll have to be extremely careful in order to prevent German soldiers from making surprise attacks. 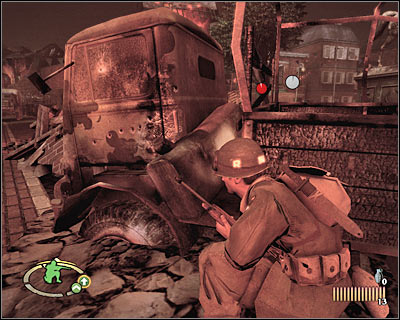 Obviously you shouldn't be in a lot of hurry. Some of the soldiers will be hiding next to a burning truck [#180]. Deal with them when you've already secured the rest of the map. Try running there once they're gone, however make sure that you stay away from MG42's. Wait there for a while, just in case new enemies might have left the building. 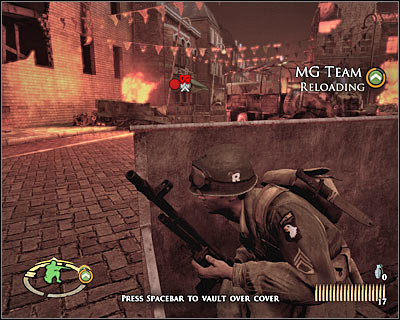 You've only got one more thing to worry about - machine gun posts (7 on the map). I would recommend getting closer to the western window (8 on the map). Use the machine gun to kill the gunners [#181]. Once they're gone, allow your teammates to join you and enter this building (9 on the map). Keep moving north until you're rewarded with a cut-scene. 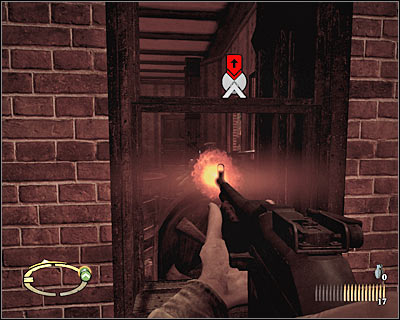