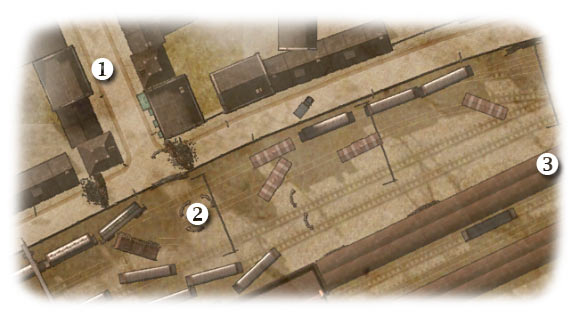 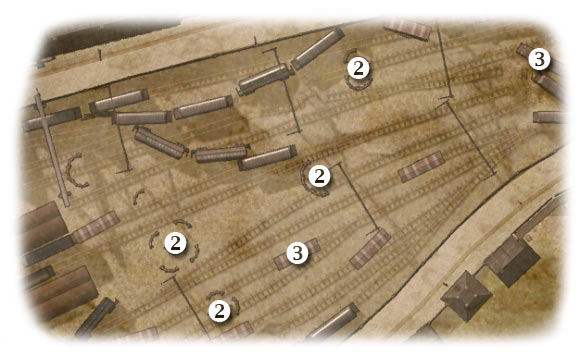 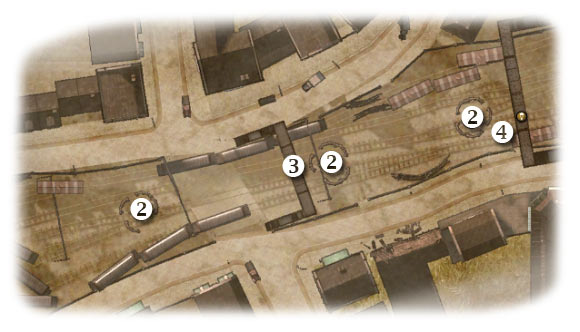 For the first time during the course of this campaign you will be given a chance to drive a tank. Thankfully, there's nothing you should be worried about, because destroying cannons and killing soldiers is going to be very easy. Just make sure that you aren't in a lot of hurry and you'll be fine. You start in an alley (1 on the map) and the first 88 is located in front of you (2 on the map). Fire the main cannon (left mouse button) to destroy your target [#145]. 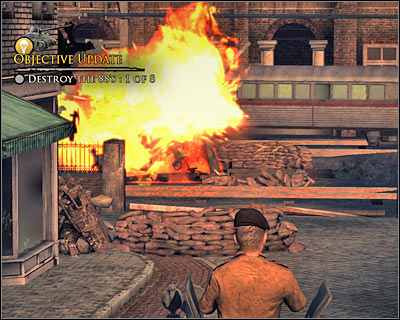 Drive forward and you'll notice enemy soldiers heading your way [#146]. It's important that you focus your attention on enemies equipped with bazookas (3 on the map), because the rockets can inflict serious damage to your tank. You can use the primary weapon to kill them or you can fire the turret by pressing the right mouse button. You'll also encounter a lot of MG nests along the way, but it's going to be easy to destroy them. Keep heading east. 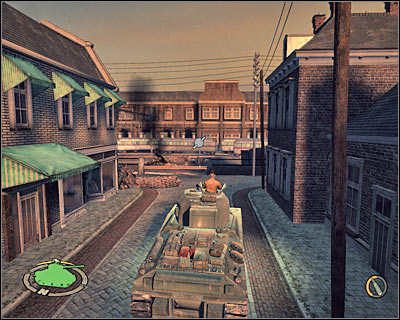 Watch out for the second bazooka team which can be found in the area. Eventually you should be able to get to FOUR cannons [#147]. Start destroying them, however don't forget to be on a look out for enemy troops at the same time. You may ignore standard soldiers, but you must neutralize every bazooka squad you'll encounter. 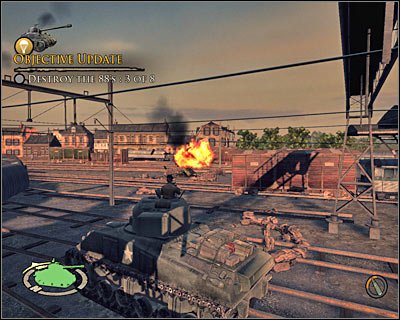 A new bazooka team is going to be hidden inside one of the carriages, so you must be ready to engage them. Also, two other squads will appear in the distance [#148]. Enemy units will use a small bridge and you'll have to kill them from here. 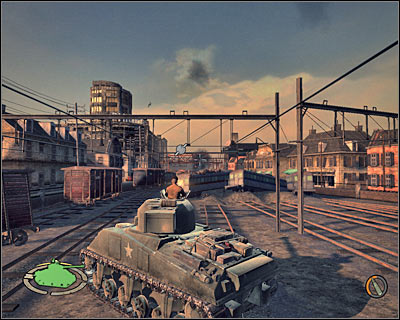 There are three more cannons for you to destroy and they're located to the east. Thankfully, you can fire at the 88's from a large distance [#149]. Nevertheless, you will have to get to the eastern section of the map (4 on the map). Wait for the game to display a new cut-scene. 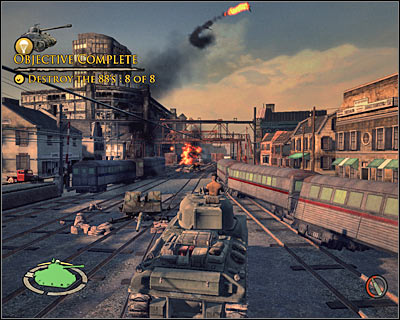