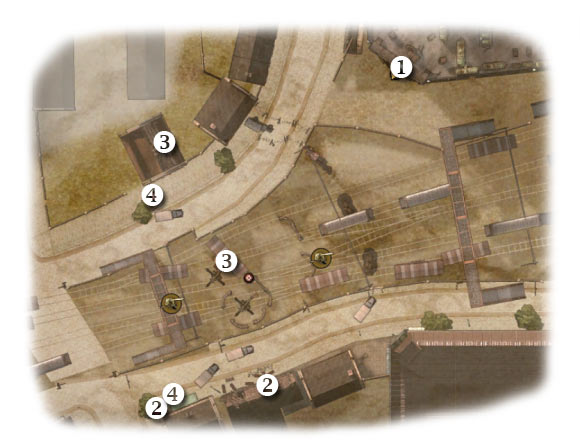 You will be standing in the exact same spot where the sniper was hiding (1 on the map). This objective is divided into three parts. You will have to defend against three waves of enemy attacks and you'll watch short cut-scenes between the waves. Before you even start attacking enemy units, you should think about how to play this out. It's much easier to be standing behind a small wall [#141], however you will have problems if someone manages to get closer to the factory. If this occurs, you'll have to leave the cover for a second or two to make the shot. 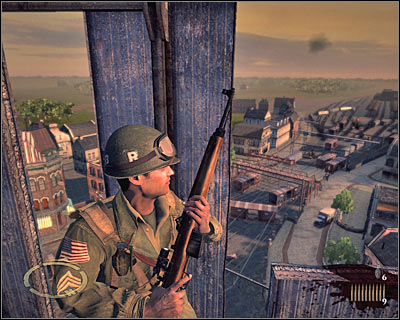 The first phase of this battle is going to be the easiest one. Start off by eliminating standard enemy troops. They will be gathering near the carriages. The only thing you'll have to watch out for are two MG emplacements (2 on the screen). The southern nest can deal a greater amount of damage, so it'll have to go first [#142]. 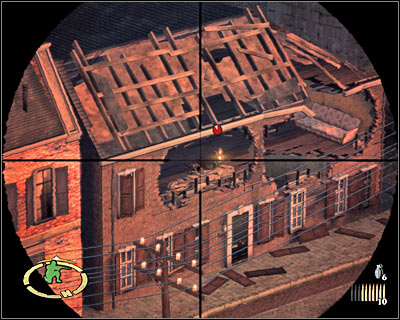 The second phase is very similar to the first one. Just as before, you will be dealing mostly with standard enemy troops. Notice that new machine gun posts have appeared in the area (3 on the map). Eliminating the northern nest is very important [#143] to your overall success. 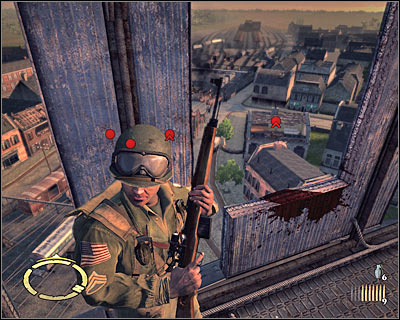 The final third phase will familiarize you with the threat of soldiers using bazookas to hunt you down (4 on the map). They must die as soon as they've appeared near the factory [#144], because a single rocket may kill you instantly. Finish them off and you'll be rewarded with a longer cut-scene. 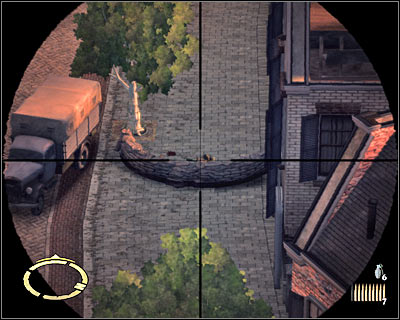