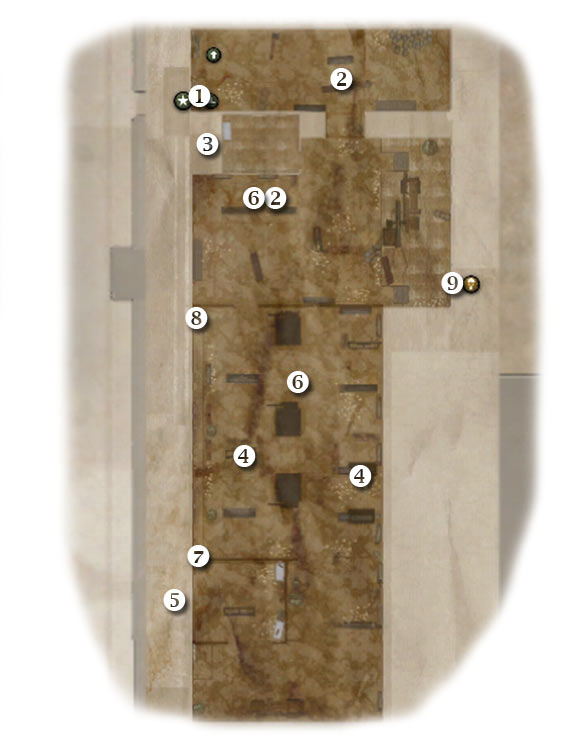 You'll start this mission in the vicinity of allied units (1 on the map), however once more you can't feel safe here. Almost the entire factory is overrun by German forces and you'll have to start eliminating them very soon. Notice that your bazooka team has been replaced with a much worse base of fire team. It's a combination of MG & assault squads. This groups start the mission behind a very good cover (2 on the map), so I wouldn't recommend moving them. Instead order the assault team to follow you and proceed towards the stairs [#116]. 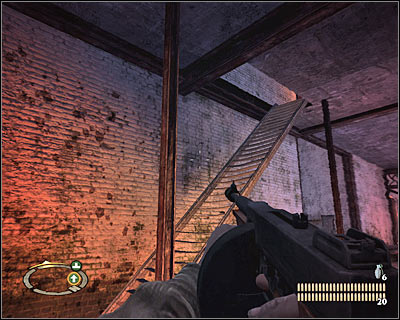 You'll have to be careful, because the room you're about to enter is being occupied by a small group of enemy units [#117]. You could use grenades here, but it would be better to take cover behind the left wall. Shoot them with your standard rifle. Once this is done, order your assault squad to get to the windows. They should start firing at enemy troops. Check the northern part of the room in the meantime. It's important, because you'll come across the first recon point (3 on the map). Read the report (Complex map) before dealing with your current assignment. 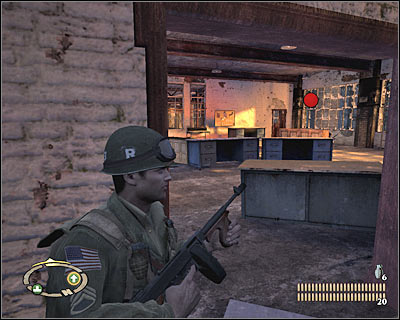 I would recommend that you start out by securing the area located to the south of your base of fire team and to the south-east of the assault team. Proceed south and use nearby objects for cover [#118]. Assist your men in securing this area. Once it's all done, gather the teams around your position and head on to a small passageway. 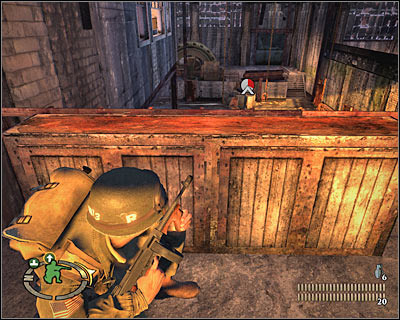 There are two groups of enemy soldiers (4 on the map) to the south of your current position. If you don't have anything against performing risky maneuvers, consider sending your base of fire team towards a nearby cover point [#119]. You should suppress the Germans at the same time, so your team won't receive any casualties. 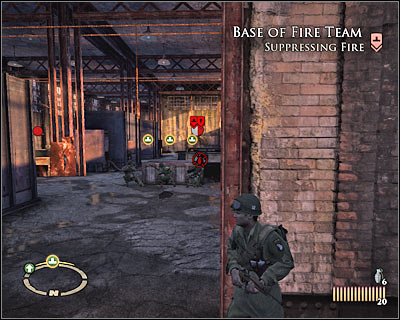