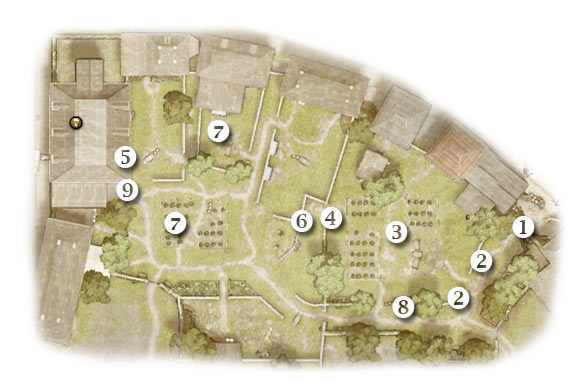 You start the game near a destroyed fuel dump (1 on the map). Order your men to take cover behind some of the nearby brick walls (2 on the map). Join them and notice that a nearby field (3 on the map) is being occupied by German forces. Obviously you must encourage your squads to start firing at hostile units [#100]. Your bazooka team will come in handy here, especially when it comes to destroying wooden fences. As a result, enemy units won't have anywhere to hide. 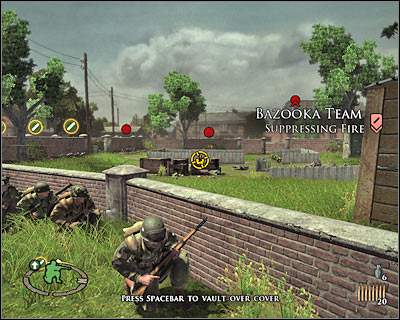 Ignore some of the more distant machine gun posts (5 on the map). Instead, move south-west and make sure that this area has been fully secured [#101]. Order your assault squad to get here. Your colleagues must begin shooting at the MG emplacement in order to distract the gunner for a short while. 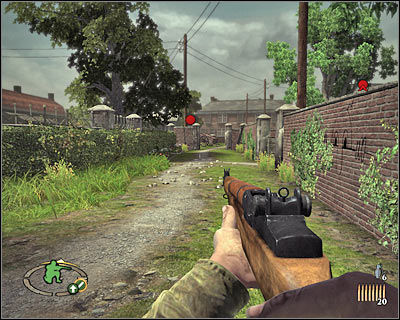 While your assault team attacks the gunner, order your bazooka squad to get closer to a large brick wall (4 on the map). I would strongly recommend that you join them. Once you've arrived, order your men to fire a rocket at the machine gun post (5 on the map) [#102]. Wait for the MG to be destroyed and move your teams to a smaller brick wall (6 on the map). Obviously your men must begin firing at hostile units. 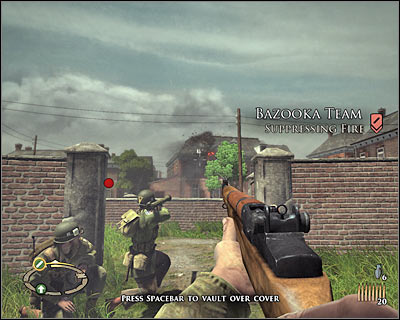 You should act alone from now on. Try attacking your enemies from the south. The entire area near your destination is being guarded by enemy troops. You'll find the largest groups in the middle and near the northern building (7 on the map). You should also be ready to engage new enemies, because some of them may exit the left building. Use a small brick wall for much needed cover [#103] and check your map often to prevent enemies from surprising you. 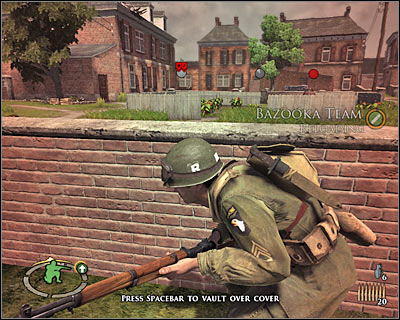 BEFORE you decide to proceed with the task at hand, you should consider going back to the middle section of the map. You will find a second kilroy in this area (8 on the map) [#104]. Finish painting the picture. Once this is done, enter the western building (9 on the map). Ignore the fact that you're cut off from your teams. 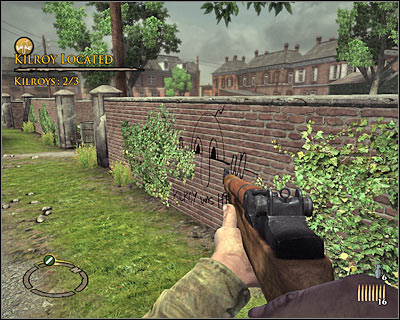 Choose a machine gun from your inventory and start moving forward. You won't be surprised by any enemy soldiers, so you don't have to be moving slowly. The radio station is being guarded by a single German soldier [#105]. Kill him and then fire a single bullet at the radio. Proceed to your left and wait for one of your allies to open the door. You may exit the building. 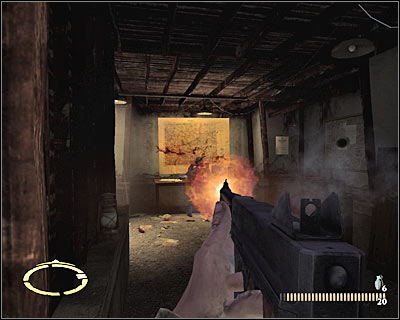