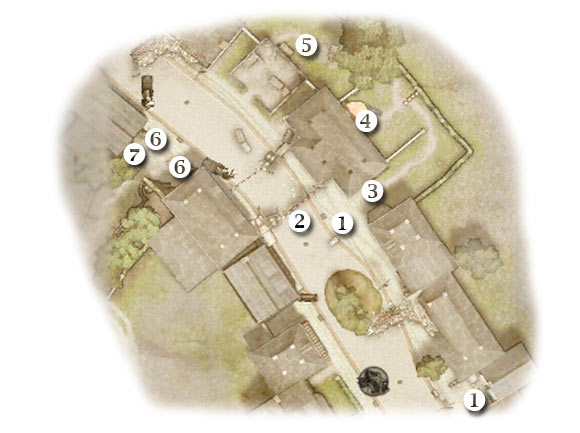 The only route to your current destination is being guarded by enemy troops (1 on the map). Once again, you should take it slow, because otherwise you may end up losing your teammates. Allow your bazooka crew to attack enemy forces from a larger distance [#96]. At the same time you should be moving forward. Stay near the left wall for much needed cover. 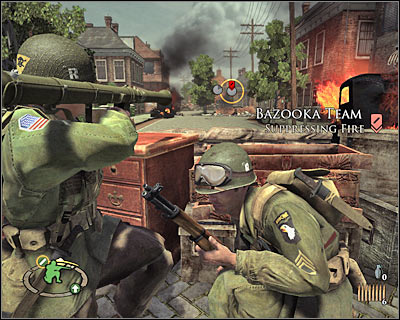 You should be able to get to a blocked section of the road in a short while. Stay here for a few seconds, because you'll find your first recon point (2 on the map) [#97]. Turn right (3 on the map) once you've read the report (Butcher shop). Keep heading towards your current destination along with the rest of your team. You will come across an ammo stash along the way (4 on the map). Collect much needed supplies before moving on. 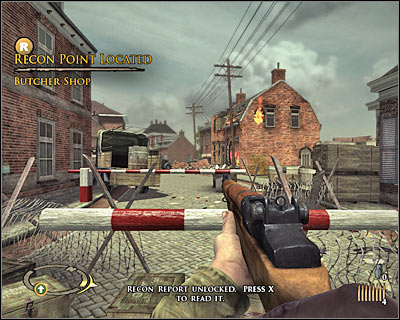 Get closer to the brick wall and be prepared to defend yourself against an attack made by new German soldiers (5 on the map). You must get rid of them quickly to avoid any problems. Once you're close enough to your target, order your men to take cover behind brick walls. Attack enemy positions (6 on the map) [#98]. 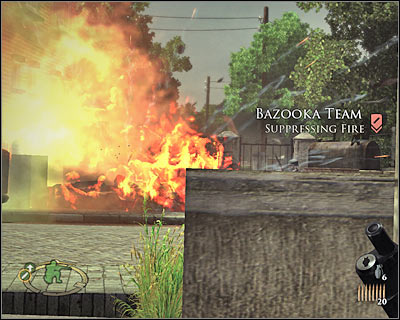 I assume you may have some difficulties figuring out what has to be done in order to succeed. Your main objective is a large fuel dump (7 on the map) which can be found next to dead soldiers. I would recommend ordering your bazooka squad to destroy this object [#99]. Wait for the explosion to occur and proceed to a new area. You can also go back for supplies if you've used a lot of grenades recently. 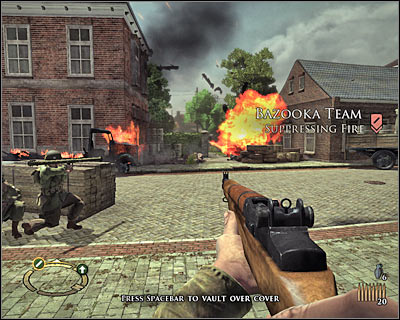