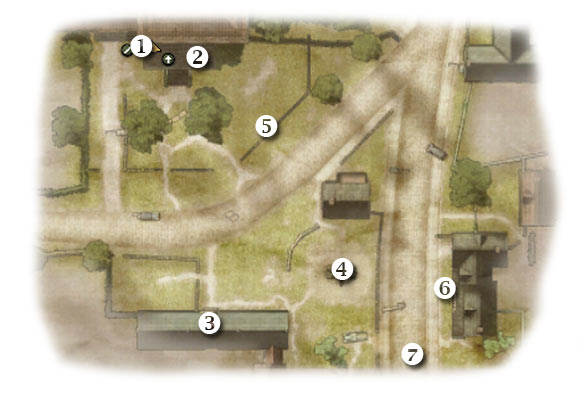 This time you'll begin your progress in front of the sanitarium (1 on the map). Send your teams immediately to your left and order them to take cover near the sandbags (2 on the map). Notice a sniper in the tower in front of you (3 on the map). Obviously you must order your bazooka team to deal with this problem [#61]. 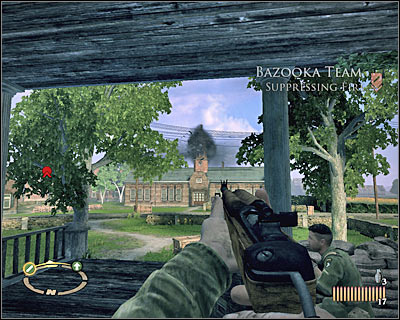 Now you may focus on eliminating other German soldiers. Start off with the closest groups and make sure that you're using your bazooka team to destroy potential covers. Most of the enemies will gather around a cannon (4 on the map). There is also a machine gun post to the south-east and obviously you must destroy it as soon as possible [#62]. If your bazooka team can't hit the nest from the distance, consider sending it towards a brick wall (5 on the map). 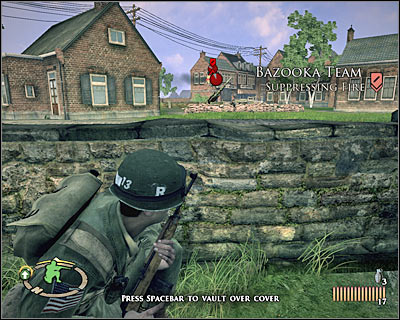 Obviously you'll have to make sure that it's safe before moving south. The final group of enemy soldiers is taking cover to the east of a small building (6 on the map). Send your assault team to that location and attack the soldiers at the same time from the north [#63]. If you're lucky, they'll die almost instantly. 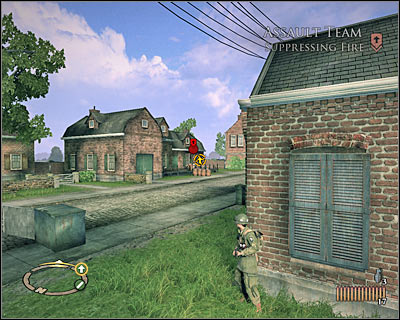 You may proceed towards the main area of the town which is to the south (7 on the map). Order your bazooka team to take cover in the middle of the road, behind a concrete barrier [#64]. It would also be a good idea to join them. As for your assault squad, your men should take cover behind the wall of the left building. 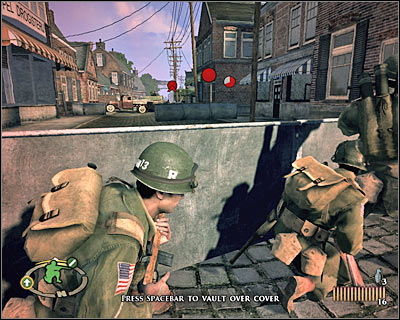