You won't need a map for the purpose of this assignment, because you'll be exploring small rooms and for the most of the time there's only going to be only path leading to your destination. Notice that you'll have to fight alone. Proceed to the next room and use the stairs to get to a different floor. Approach a new room carefully and wait for one of the soldiers to show up [#48]. Kill him before he's able to fight back. 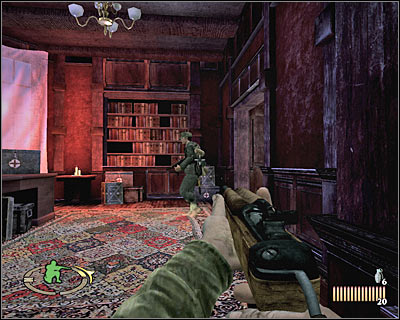 Get closer to a new corridor very carefully. There are some German soldiers at the other end of this corridor and you can't kill them from where you stand. Consider running towards the left room [#49]. Once you're there, throw a grenade to the next room and proceed south. Take cover behind a door and kill new German soldiers. 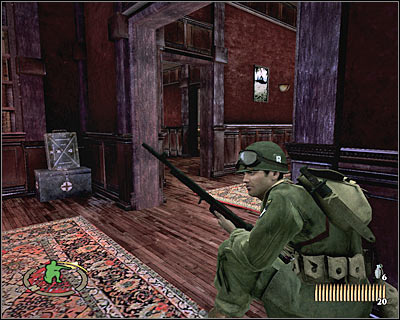 Jump over the door and immediately take cover behind the pool table. This should allow you to get rid of new enemy units safely. Just as before, you should consider throwing a couple of grenades at them [#50]. Last but not least, we have a small group of soldiers at the other end of the corridor. Attack them near the windows and prevent them from inflicting major wounds. 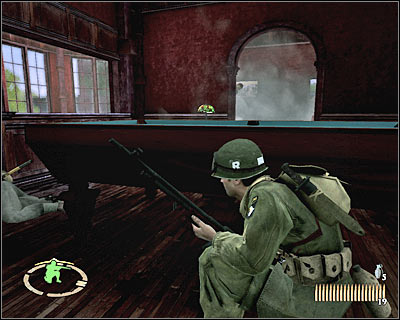 You may proceed to the next section of the mansion. You'll get to a much larger room in just a few seconds. There is a possibility of attacking German soldiers from a large distance, but it would be better to move forward and to hide behind a good cover [#51]. Either way, you'll have to get rid of them before moving on. Use the stairs to get to the ground floor. 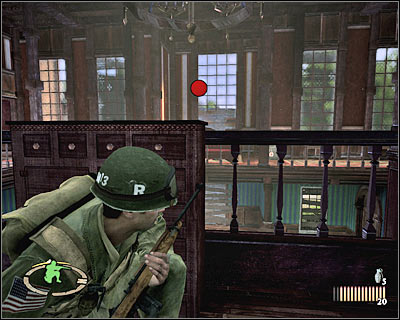 You must be careful here, because one of the German soldiers will block access to a new corridor. Get to a nearby wall quickly and use your standard rifle to get rid of him. Head on to that location. Make a stop once you're close enough to the exit to the courtyard [#52]. Take cover behind the right wall and lean out carefully. Locate enemy troops and try eliminating at least two of them from here. 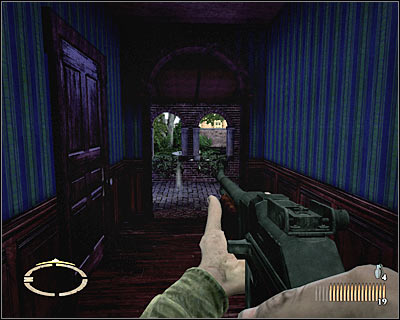 You'll have to be very careful from now on. German soldiers are defending themselves near your location and if you make a move one of them may run to your left [#53]. You have to be ready for that, so he won't surprise you in the near future. Secure this entire courtyard and proceed to a new entrance. 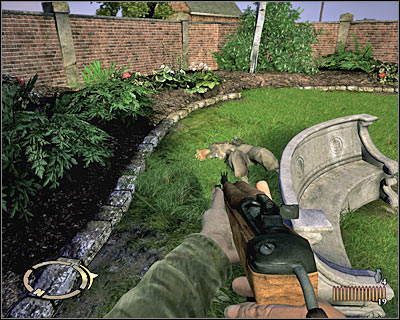 You should be able to get to the first heavy machine gun post in a few seconds. Kill the gunner before he leaves his post to kill you. Make sure he wasn't with anyone else. Head on to a room to your right before moving on. You will find your second kilroy [#54] behind the dresser. Press the action key to finish painting it and head on to the next corridor. 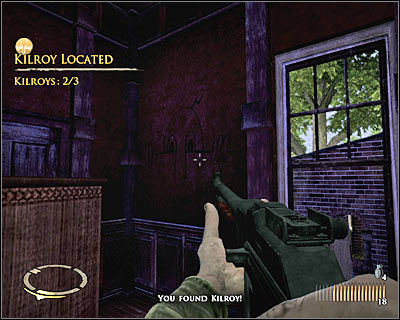 Get to a new junction. Head on to the left corridor and take cover behind the left wall quickly. You can kill at least three German soldiers from here [#55]. The first soldier is guarding the ground floor and you can use a grenade to get rid of him safely. Once he's gone, focus on securing the upper balcony. Use your rifle and lean out only for a short period of time to avoid any unwanted injuries. Once it's safe, enter this room and head on to the stairs. 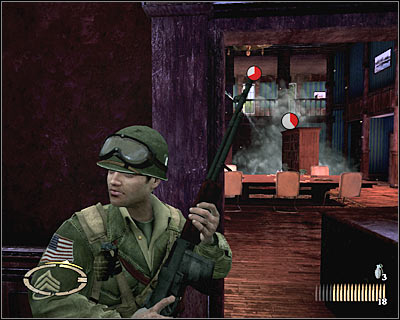 Get to the balcony and turn right quickly. One of the gunners will be standing in front of you and it's up to you to eliminate him quickly. Proceed to that location. There are two additional gunners below you [#56]. The first one is standing beneath your position and the second one is in the distance. You can use your standard rifle or the MG42 to kill them. Go back to the ground floor. 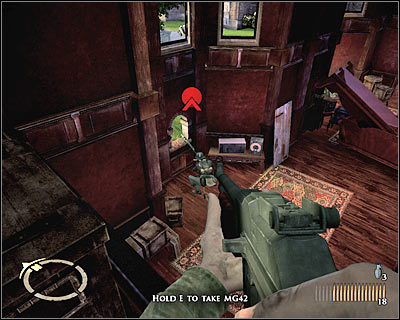 Don't exit this room just yet. Instead, turn left. You should notice an unexplored passageway in front of you [#57]. Go there now and you'll end up standing near a previously secured MG42 nest. Turn left and head on to a new corridor. Use the stairs and exit the building. You'll receive new orders there. 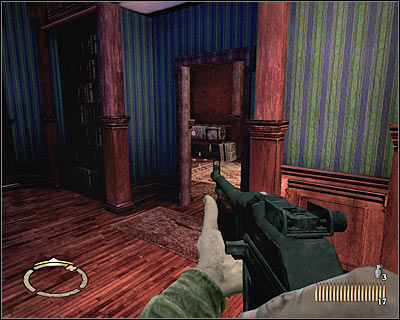