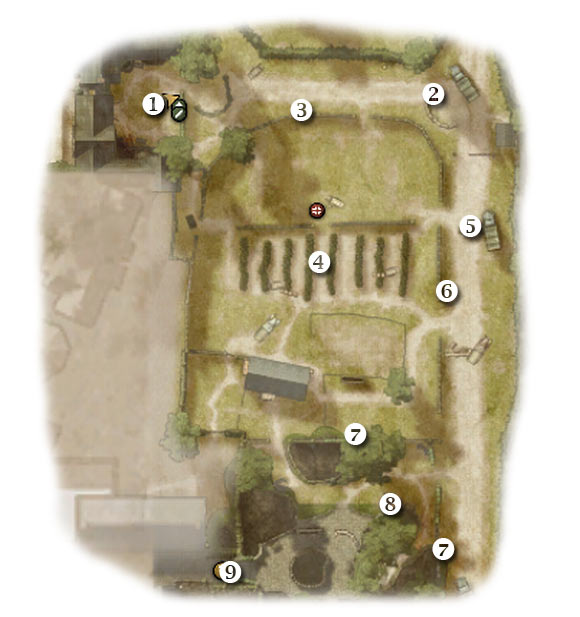 You'll start the game to the north (1 on the map) of your current destination. It's far from safe here, so you shouldn't give any orders to your teammates for the time being. Approach the left wall quickly. You should notice an MG42 emplacement in the distance (2 on the map). Use your standard rifle to get rid of the gunner and his colleague from here [#42]. Obviously you should hide after each successful shot, so you won't sustain any injuries here. 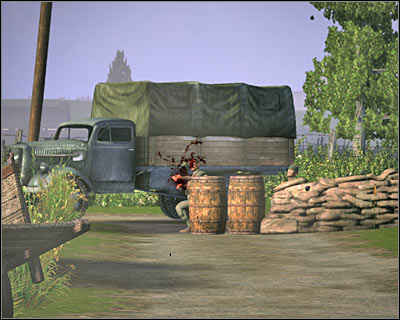 Now you may decide to send both of your teams towards a brick wall which can be found to your right (3 on the map). Join them and take some time to observe the area. You should notice that the southern field (4 on the map) is being defended by a large number of German troops. Also, reinforcements will arrive in this area in the near future. Use your bazooka team to eliminate enemy units [#43]. Alternatively you could use grenades, but it won't be necessary. 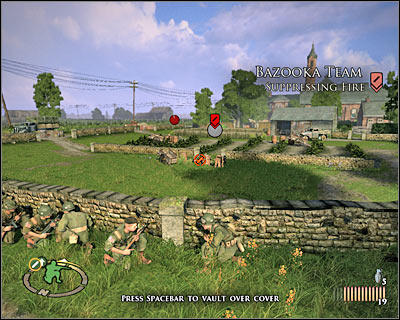 Notice a large tower in the distance. There's a gunner on top of the tower, but sadly you can't get him from here. Proceed alone to the eastern section of the map. There's a dirt road here and you must secure it. Take cover near the truck (5 on the map) [#44]. Eliminate all visible enemy units and allow the bazooka team to join you. 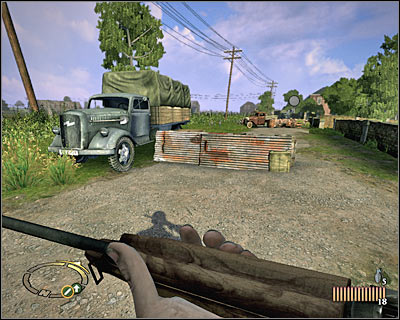 Make a few steps to the south and take cover behind the brick wall (6 on the map). You shouldn't have any major problems eliminating German soldiers from here [#45]. Consider using grenades to kill them quickly. Once they're gone, allow your bazooka team to move closer. Order this squad to destroy the tower. One rocket should be more than enough to eliminate this threat. 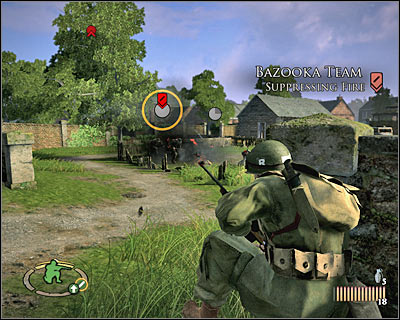 There's only one more group of German soldiers for you to take care of. Enemy units are defending themselves in front of the mansion and it would be a good idea to perform a simultaneous attack from the north and from the east. Send your bazooka team to the north-west [#46] and your assault team to the south (7' on the map). Order them to begin firing at enemy troops. Obviously you should assist them by throwing all remaining grenades. 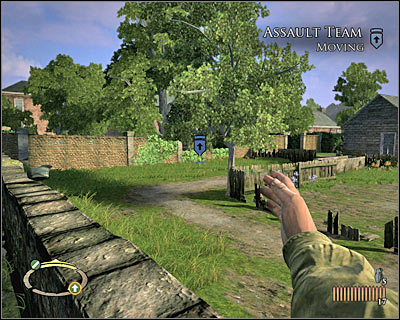 Wait for this battle to end and approach the southern section of the map carefully. You won't have to issue any new orders to your teammates, because you'll split up in a short while. Notice an ammo stash to your left (8 on the map) [#47]. Resupply and proceed west. You will be rewarded with a new cut-scene once you're close enough to the entrance to the mansion. 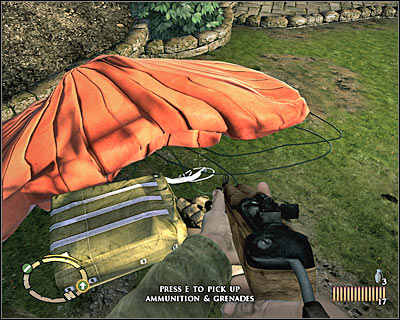