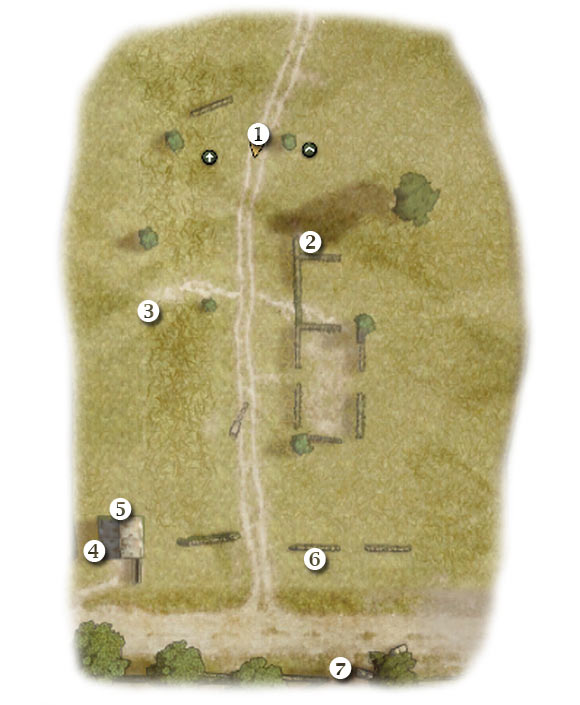 You'll start the game to the north (1 on the map) of your current destination. I'd strongly recommend acting quickly here if you plan on surprising enemy soldiers. Notice that you now have two teams under your command, however you shouldn't split them up for the time being. You could send only the MG team towards a nearby wall (2 on the map) [#24], however leaving an Assault squad alone is too risky. 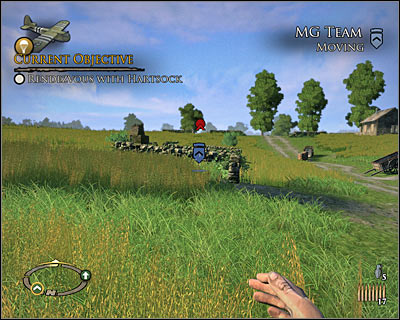 Start running south-west and eventually you'll get to a wooden fence (3 on the map). I wouldn't recommend trying to hide here, because the fence can be destroyed (and fast!) during an upcoming battle. Instead you should focus on getting to a nearby hut (4 on the map) [#25]. If you're lucky, you'll be able to take cover behind this building without having to worry about your character getting killed. 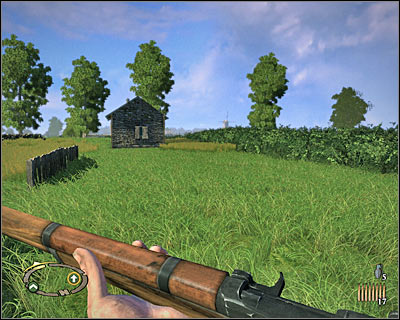 I guess you'll know how to act from now on. Take cover behind the wall and start leaning out carefully. Use your primary rifle to kill enemy soldiers [#26], however prevent them from surprising you from the north. You can move forward once you've dealt with the first group in order to take cover behind the sandbags (6 on the map). This will allow you to surprise some of the remaining enemy units. They'll be trapped, because from one side they'll have you and from the other your teammates. 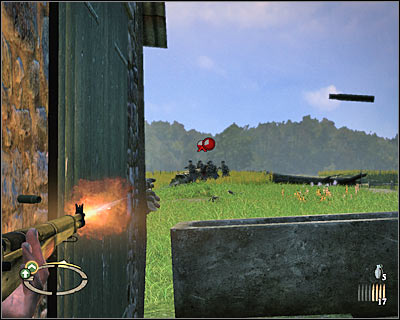 Before you decide to proceed to the next area (7 on the map), you should take some time to explore your surroundings. Go back to the small hut and inspect the northern wall (5 on the map). Approach the hole in the wall and find the final third kilroy [#27]. You may order your men to start following your lead. Proceed to the crash site which can be found to the south. 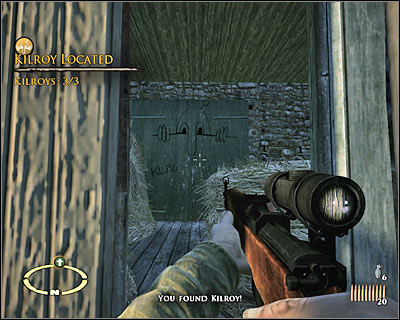