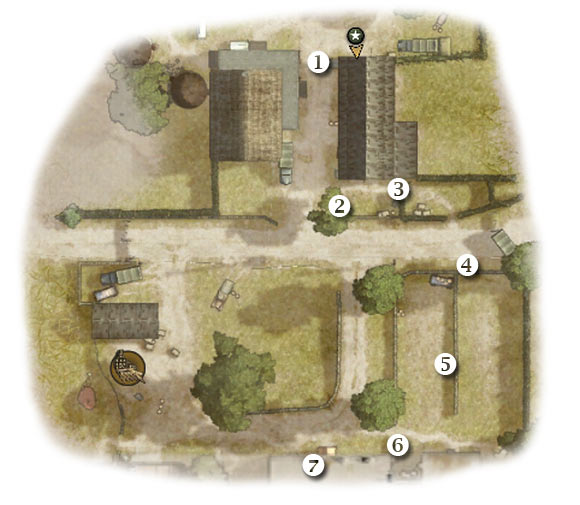 You'll have to be more careful from now on, mostly because a gun emplacement can be found in the area. You start the game near the barn (1 on the map). Move with your men to the south. Order your colleagues to take cover near the sandbags (2 on the map) [#16]. You should also choose targets for them - order them to attack nearest enemy units. Proceed east alone. It shouldn't be a problem, because there's a small passageway here (3 on the map). Obviously you should be crouching all the time to avoid sustaining any injuries. 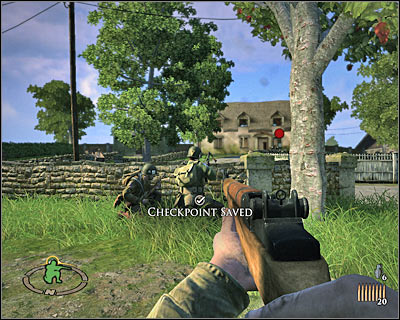 You should be able to get to the main road in a few seconds. There's a brick wall in front of you (4 on the map) [#17] and you must get to it as soon as possible. Stop there and make sure that nearby enemy soldiers (5 on the map) have been eliminated. Jump over the wall and take cover behind the sandbag to your right. This will protect against attacks made by other German soldiers. Keep heading towards the main building. 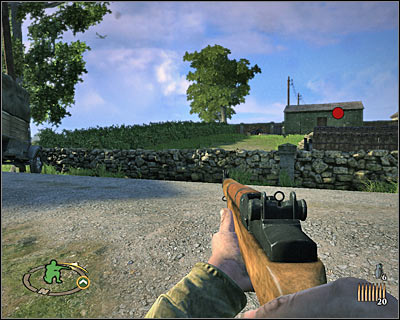 You'll have to make a run for it once you're close enough to the building. Your objective is to take cover behind the sandbags, next to the house (6 on the map) [#18]. You won't have any problems getting rid of the second group from here. Approach the entrance to the house carefully (8 on the map) and make sure that no one occupies the ground floor. Use the grenades if you see any Germans. Enter the building and proceed to the left room. 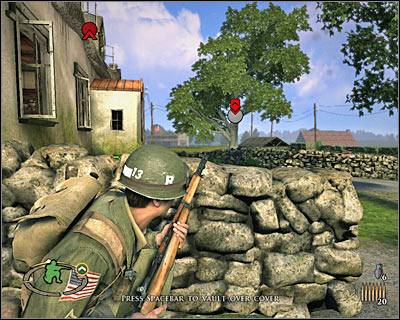 You may finally use the stairs to get to the first floor. Once you're there, start shooting at the remaining enemy units. Some of the Germans will probably take cover and you'll have to do the same thing. Make sure you've killed all of them and proceed forward to find a small bathroom. Turn around and you'll notice a second kilroy [#19] on the right wall. You may go back to the ground floor. 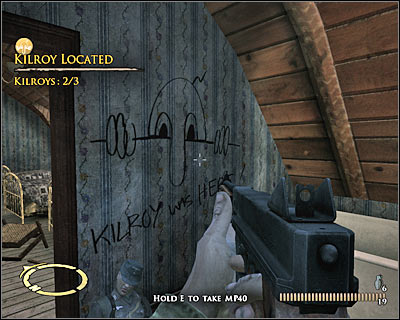 I wouldn't recommend trying to leave the house too fast, because new German soldiers have appeared in the first room. The easiest way to get rid of them would be to use grenades. After that, kill the remaining units with a rifle [#20]. Order your teammates to get here and proceed towards the southern exit. 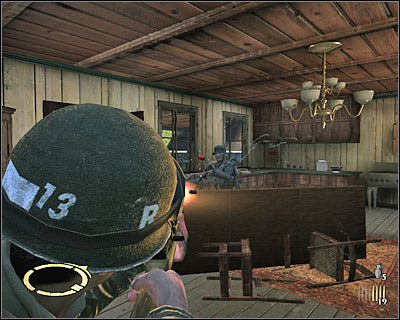