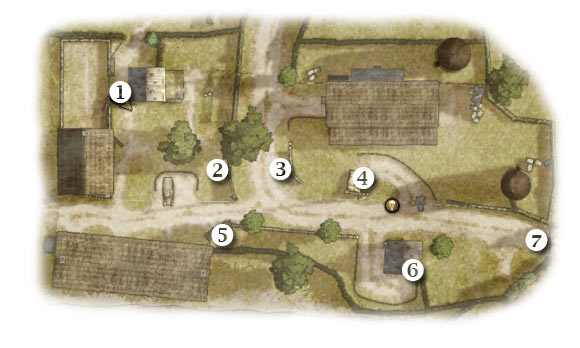 For the first time during the course of this mission you will be allowed to use your team for something more than following your lead. You start the game in the western section of the village (1 on the map). Order your men to take cover near the sandbags (2 on the map) [#9]. Once they've arrived at their destination, press and hold the right mouse button to issue an attack order. Target a nearby group of enemy soldiers (3 on the map). Notice that a grenade icon has appeared above their heads. This means your colleagues not only will be able to use their guns but also throw grenades at enemy troops. Order your men to proceed with the assault. It's only going to take your colleagues a few seconds to get rid of German soldiers. 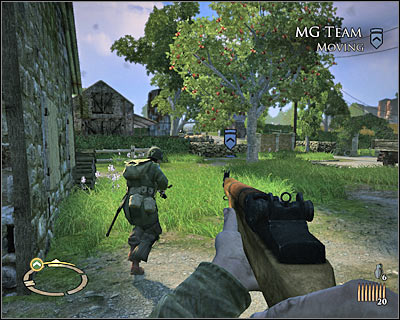 You will probably notice that a second group of German soldiers has appeared in the area (4 on the map). Order your men to remain where they are. They should also begin firing at German troops. Head on alone to the southern passageway (5 on the map) [#10]. Press the crouch key, take cover behind the sandbags and start moving east. You should be able to outflank enemy units in a short while. Make sure to kill all of them before they're able of returning fire. 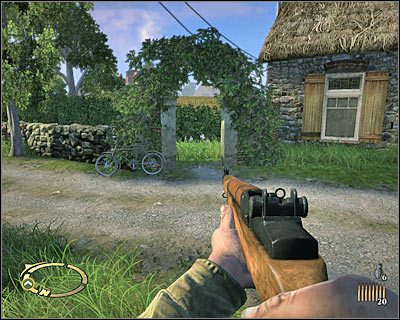 There's one more group of enemy units in this area. Travel east quickly, because otherwise you would find yourself under heavy fire. Take cover behind the southern wall of a small building (6 on the map). Obviously you will have to lean out to dispose of enemy forces [#11]. Gather the rest of the team around your position and proceed east (7 on the map). 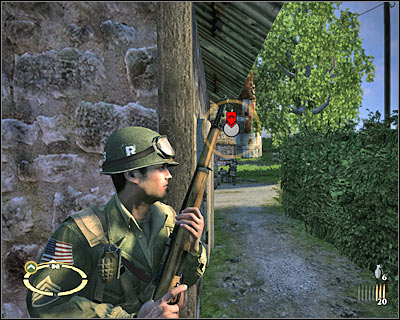