In this section of the Breathedge guide you will learn how to acquire common resources for crafting blueprint items. 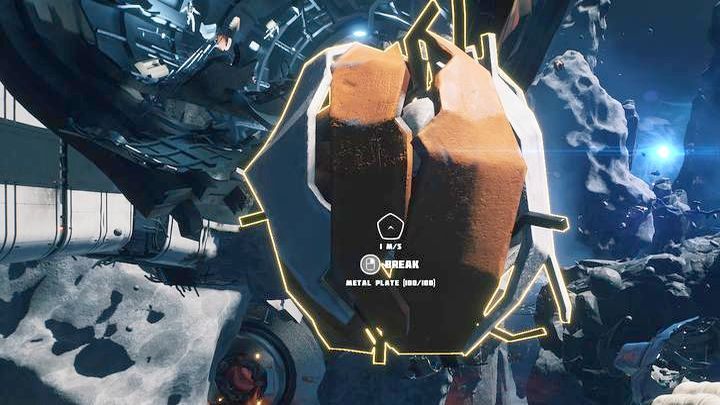 Metal is common, but also used in most blueprints. You will use it to create basic tools and refined metal. The latter, however, is easier to find than to create, so do not spend too much metal on it. Pieces of metal are orange-white and there's a lot of them floating in space. Break the bigger spheres with Handy Scrapper. 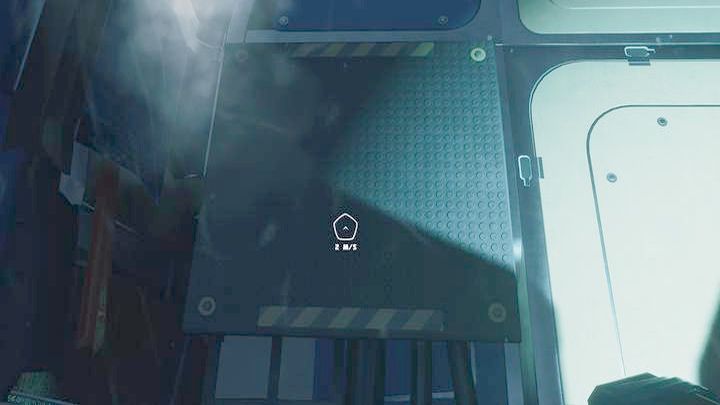 Rubber is often found in containers but you can also cut it out with shears out of the plating, which cover numerous parts of the ship. Use rubber to craft mainly tape. 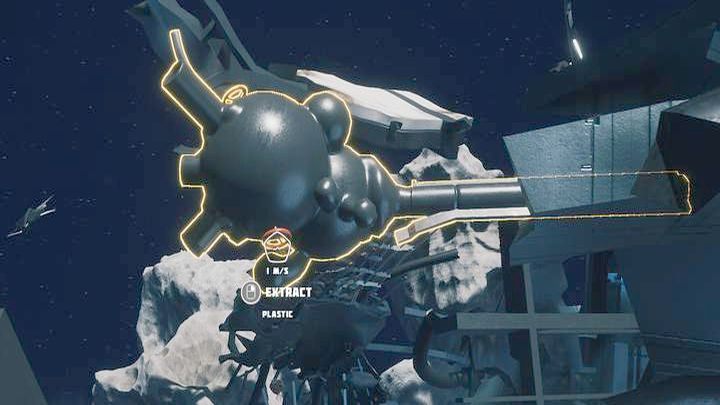 Plastic can be found in containers or when smashing devices such as radio or speaker which drift around in space, but also from protruding pipe fragments near the broken hull parts. Plastic is not a very frequently used ingredient. 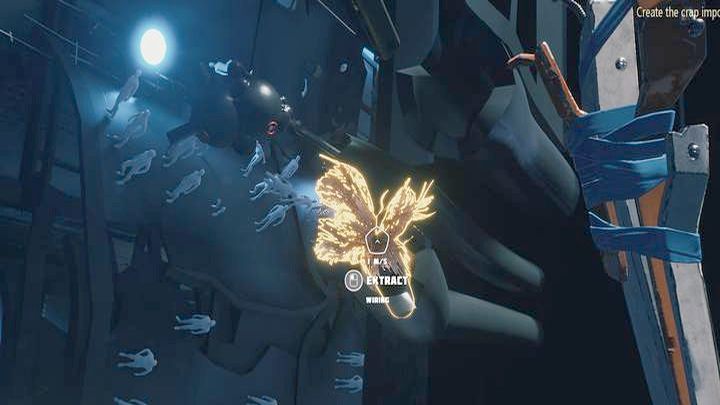 You will find wires protruding from various hull parts. They're orange, so they're easy to spot from a distance. You don't need any tools to pick them up. You can find them sometimes upon breaking electronic devices. 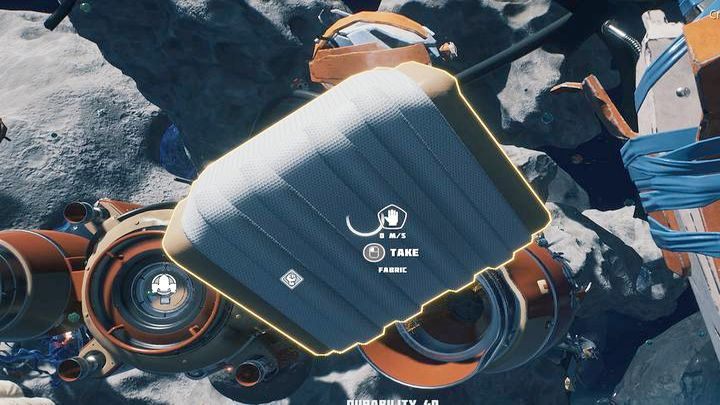 Fabric can be obtained in many ways: often times, there are many pillows, armchair backrests or other fabric objects floating around in space, and you can collect them to your inventory right away - they will stack as one type of item. 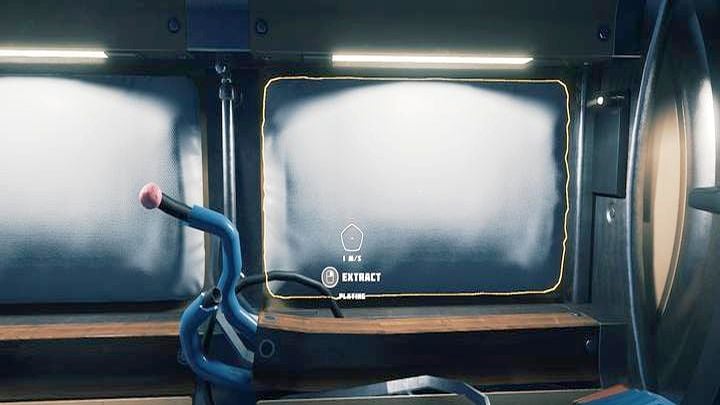 You can also harvest fabric by using shears on fabric scraps stuck to shuttle walls. 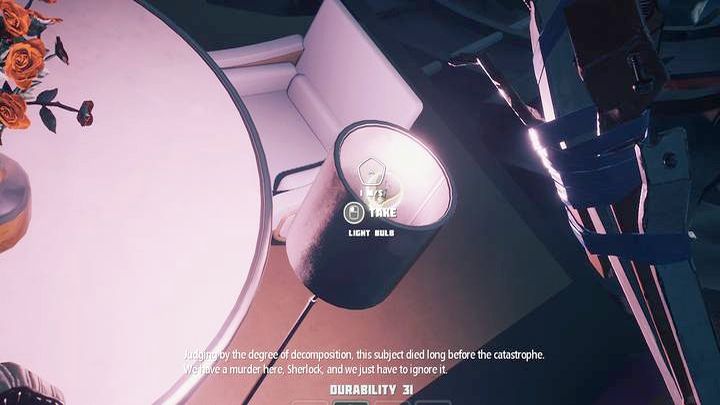 As you might guess, lightbulbs are found in lamps. They are not used very often, but they are also initially not easy to find. After leaving the base, head straight down towards the pink light - you will find a lightbulb there. Later you will also find them in containers. Rarely used. 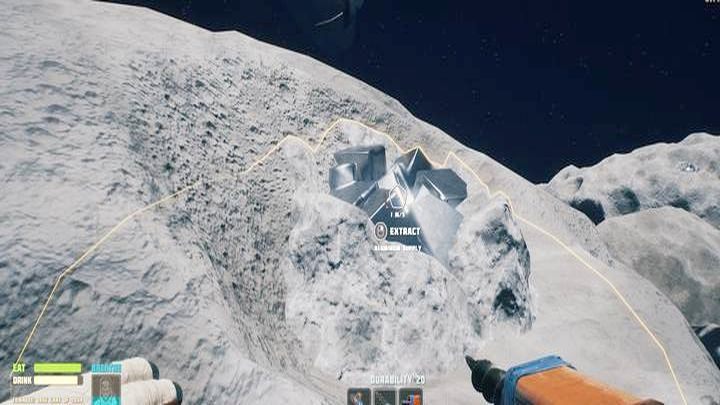 You can harvest aluminum from asteroids using the drill. Look for silver cubes in the asteroid debris. One deposit will give you 5 pieces of aluminum. Useful when modifying the suit. 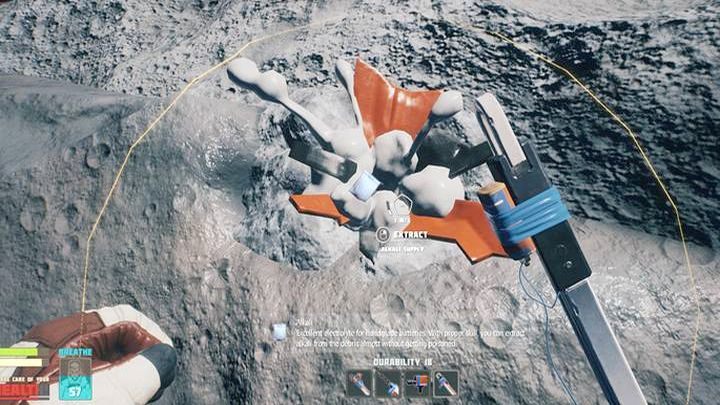 Alkali is one of the battery elements. You will also find it on asteroids, but to get them you need a Grabber rather than the Drill. If you have a spare battery, you won't need much alkali. 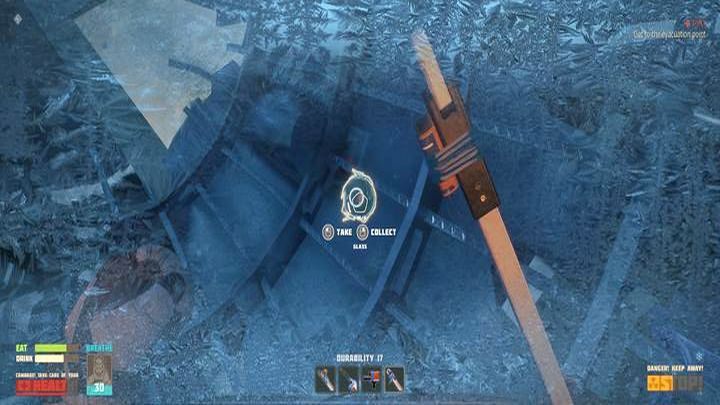 Glass is initially a rare resource, but it's also rarely used. To acquire it at the beginning of the game, go from your shuttle to the evacuation point. Halfway in the cooling gel area you will find broken rescue shuttles - there's a lot of glass there. It floats in space, and you need the grabber to collect it. 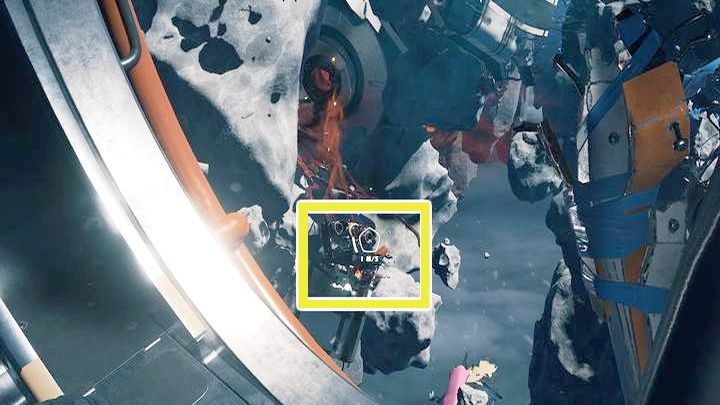 Proceed to the area below the capsule where you can find the orange "smoke". Take the oxygen candles with you. 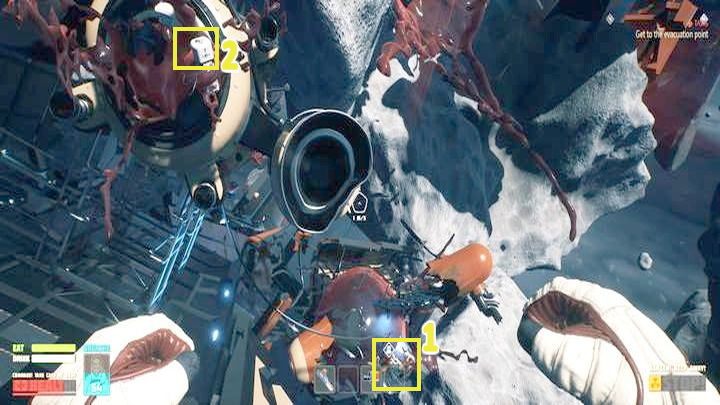 Examine the smuggler's body (1) and take the eye. Now go to the safe (2) nearby and open it. There you will find one paint and get its blueprint. 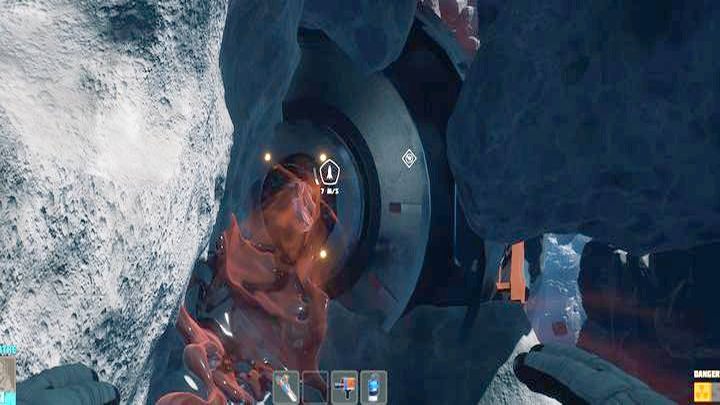 If you still have oxygen, go to the center of the wreckage, where the "smoke" comes out. If not, come back here later. 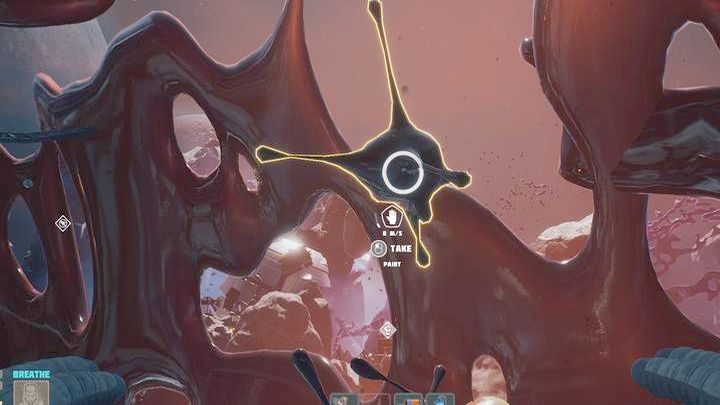 Here you will find floating paint and lead - the ingredients necessary for producing a paint that can paint a suit and a helmet. 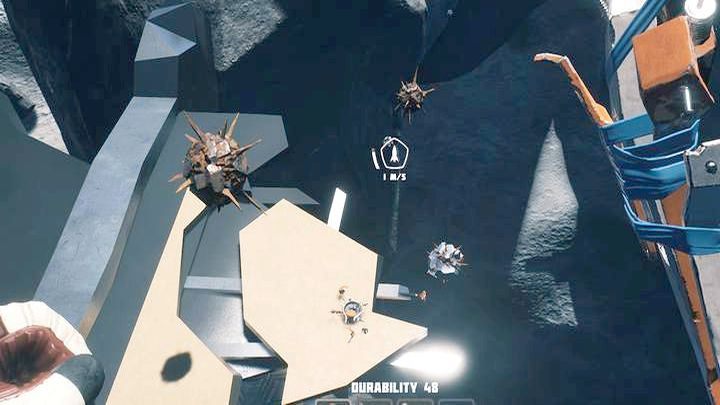 You won't find titanium until the second chapter of the story. Similarly to metal, it can be found in the form of a sphere and smaller debris nearby, floating in space. 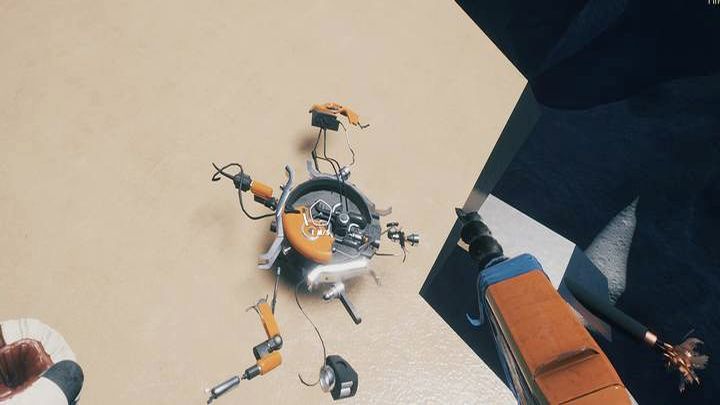 You can get electronics from various ship parts by using the drill. You will see them from afar, as they are often located on the outer parts of the hulls. Available only from Chapter 2. 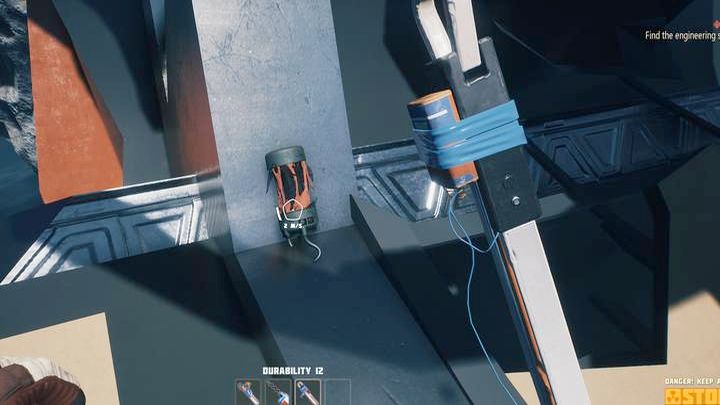 Resin is only available from Chapter 2. You will find it in destroyed containers with a red substance. A Grabber is required to extract it. Useful for making fuel that you can use to fill up your vehicles.