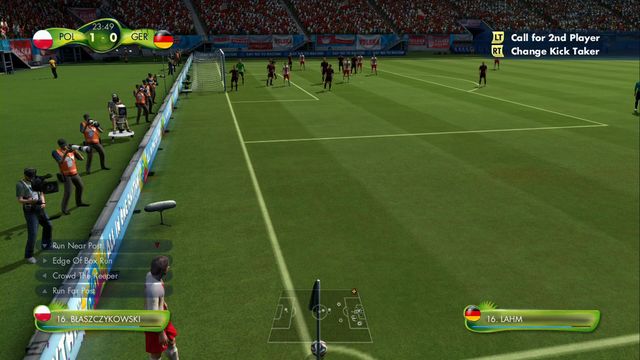 With this edition of FIFA, you can use special quick tactics while performing corner kicks. Thanks to that, you can easily make your playstyle more variable and surprise enemy. You get an access to quick tactics menu by pressing down on D-Pad. You'll see following options:

- D-Pad down - "Run Near Post" - players attack closer, near post so make a shorter, but stronger cross;

- D-Pad right - "Edge of Box Run" - players move nearby the box, which is a good opportunity for shot from distance;

- D-Pad left - "Crowd the Keeper" - players try to make goalkeeper's life as hard as possible and focus on the goal field. Sometimes ball just slide into the goal;

- D-Pad up - "Run Far Post" - players focus on attacking the far post, so play a long cross over the goalkeeper.