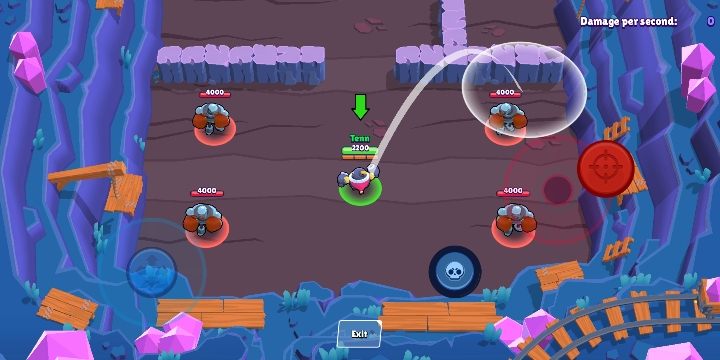 Tick throws three mines at an attack that can fly over the walls. 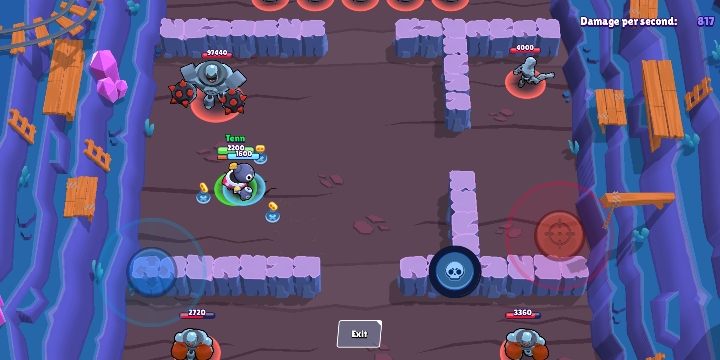 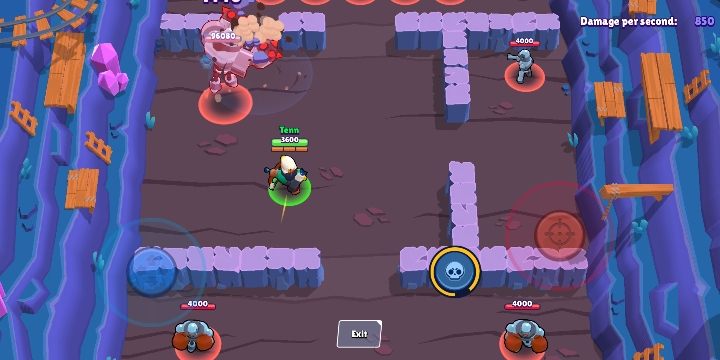 Tick disconnects his head from the rest of his body. The head will fly towards the nearest enemy and explode causing 2800 points of damage. The explosion can destroy walls.

Tick regains his health within seconds after the last shot received. 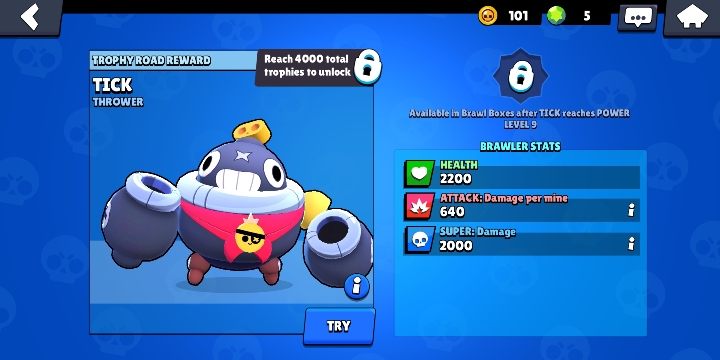 Tick can be unlocked by earning 4000 cups.