Dynamike is the seventh character that you can get in Brawl Stars. To get him, you need to take part in matches and score 2000 cups. On this page of Brawl Stars game guide we have included information about attacks and skins of this character. Additionally we have described how to unlock this character. 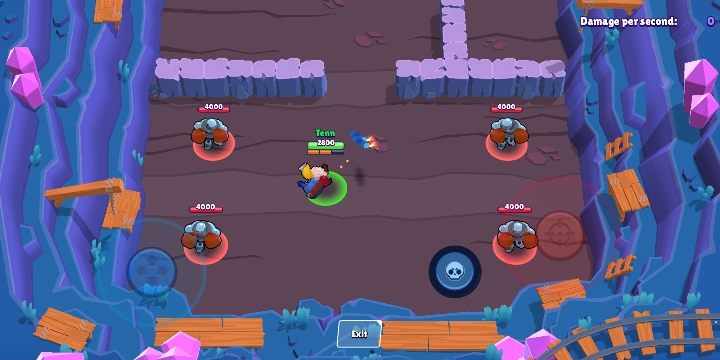 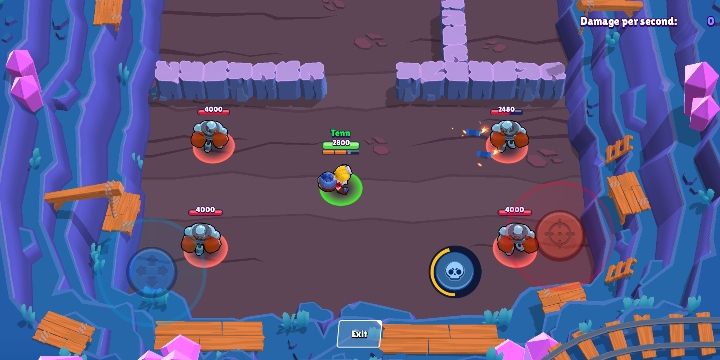 Dynamike throws two sticks of dynamite, which explode after a while, causing great damage to enemies in the affected area. 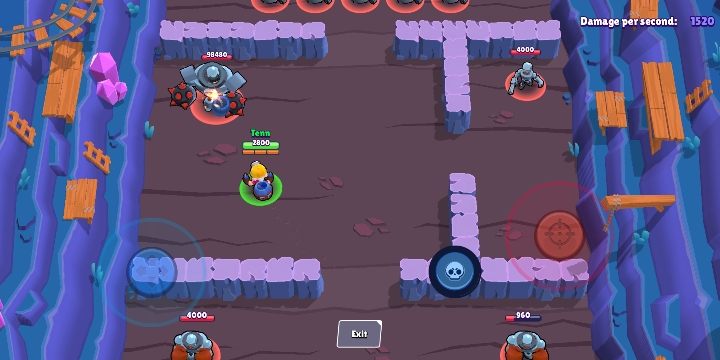 Dynamike throws away a barrel of dynamite. In an explosion, it deals massive damage, and survivors are pushed away.

All attacks of Dynamike toss him over a short distance. Can be used to jump over the walls. Being in the air, Dynamike is immune to any injuries. 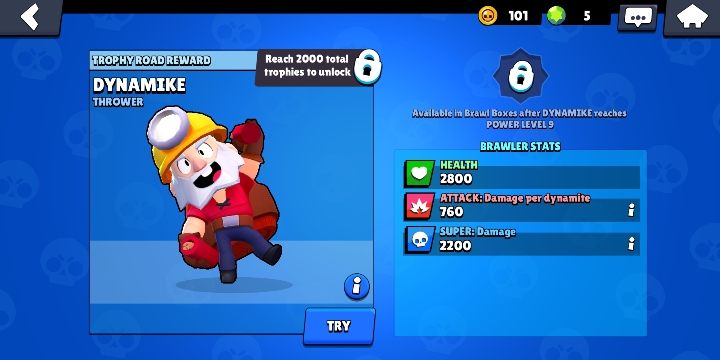 Dynamike's character can be unlocked by earning 2000 cups.