Bull is the fourth character that you can get in Brawl Stars. To get him, you need to take part in matches and score 250 cups. On this page of Brawl Stars game guide we have included information about attacks and skins of this character. Additionally we have described how to unlock this character. 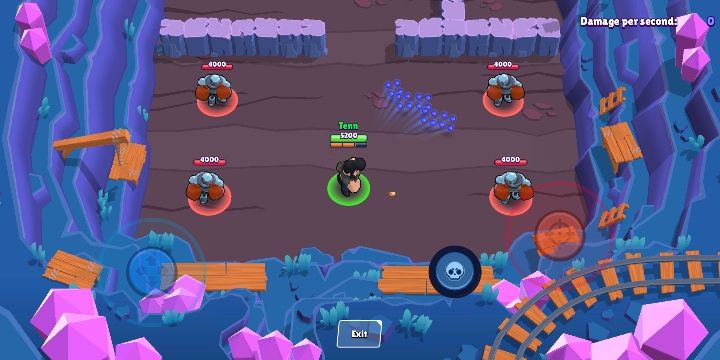 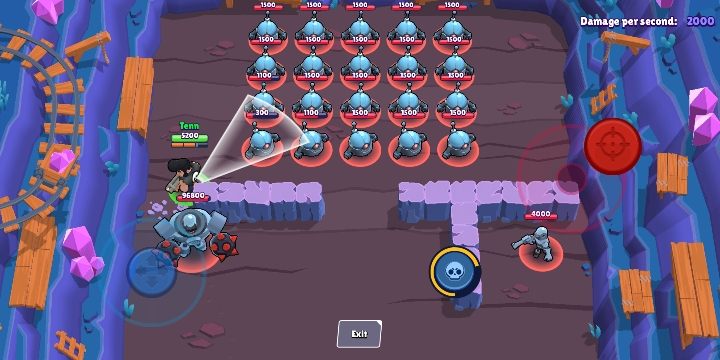 Bull shoots a series of five shots. This attack is most effective over short distances. 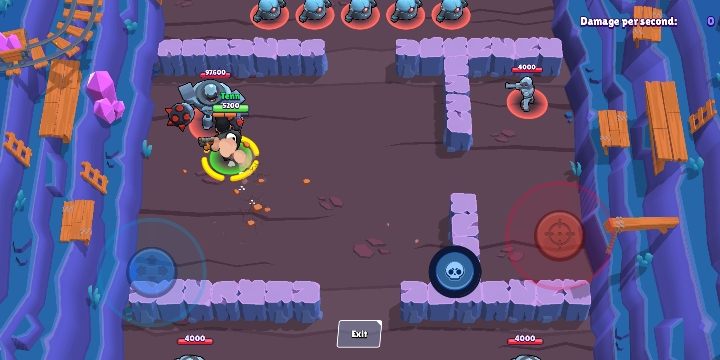 Bull runs in a straight line over a long distance, destroying all obstacles along the way and pushing enemies away in his path.

When bull's health drops below 40%, he turns red and his cooldown is decreased two times. This effect ends when Bull's health increases again. 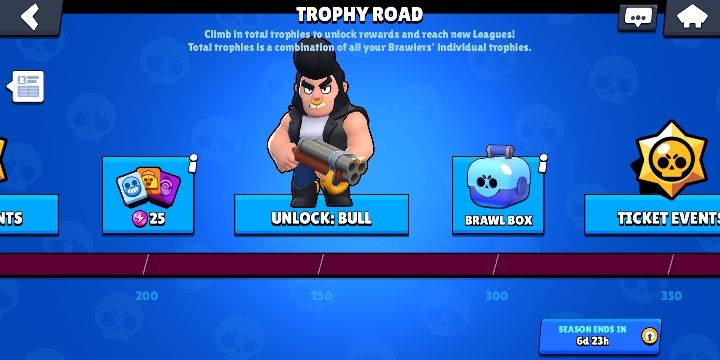 Bull can be unlocked by earning 250 cups.