Colt is the third character that you can get in Brawl Stars. In order to obtain this character you have to participate in matches and win sixty cups. On this page of Brawl Stars game guide we have included information about attacks and skins of this character. Additionally we have described how to unlock this character. 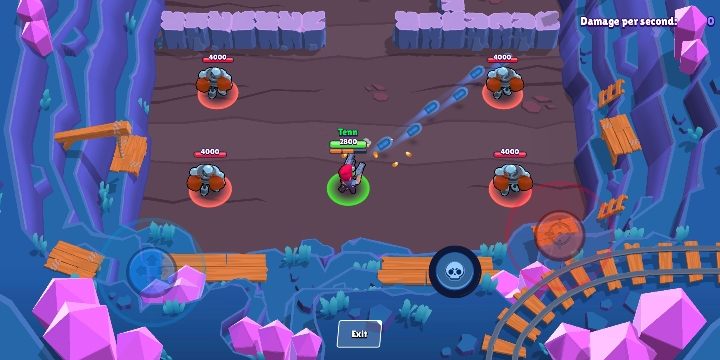 Colt fires a volley of six missiles. A single missile deals minor damage, but if all of them hit an enemy he will die. 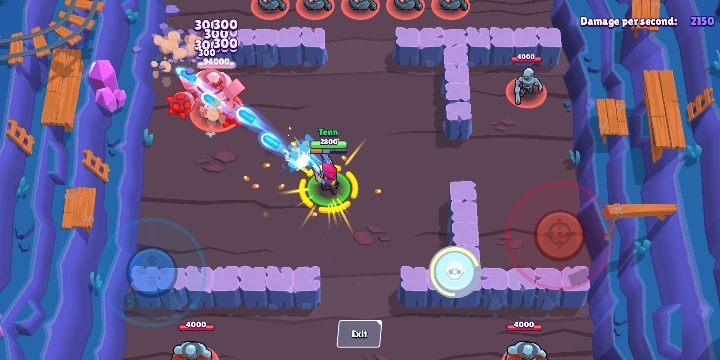 Colt launches twice as many bullets, which have a larger size and range. Also, they have the ability to destroy walls and vegetation.

The moving speed of the Colt is increased by 11%.

The default Colt attack has an increased range and speed of missiles. 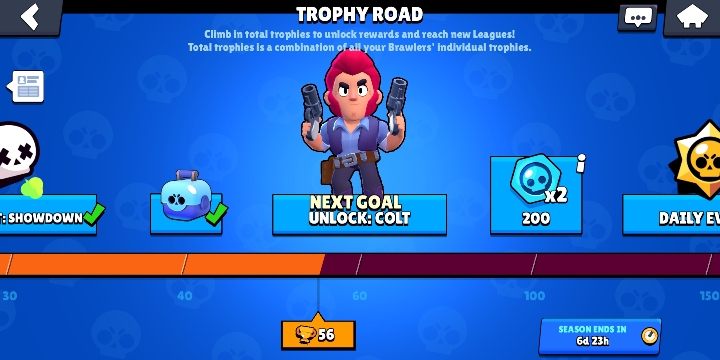 Colt can be unlocked by earning 60 cups.