Nita is the second character you can get in Brawl Stars. To get her, you need to take part in matches and score ten cups. On this page of Brawl Stars game guide we have included information about attacks and skins of this character. Additionally we have described how to unlock this character. 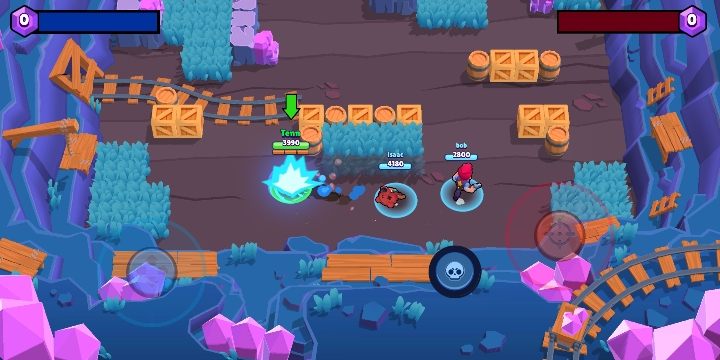 Nita creates a shockwave that deals damage to all affected enemies. It has an average area of effect and moves only in the selected direction. 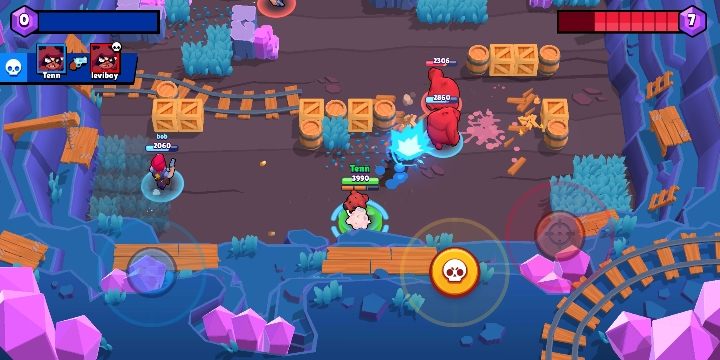 After launching a super attack, Nita summons a Big Bear to chase and destroy enemies. He approaches the nearest opponent and attacks him, until the death of the player.

Bear has a large number of health points. In addition, each time you improve Nita, you increase the damage of the bear and increase his HP amount.

Star Power - Bear with Me

This power allows Nita to heal herself and her bear. To maximize healing, throw a bear at a large group of enemies so that it can hurt as many people as possible to heal Nita.

Thanks to this power, the bear attacks 50% faster. 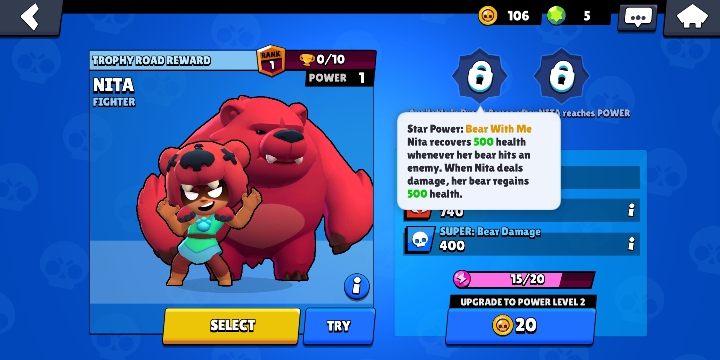 You may unlock Nita by earning 10 cups.