On this page of the game guide to Borderlands 2 you will find the walkthrough description of the last storyline mission - The Talon of God. In order to complete this task you have to venture to the Eridium Blight location and enter the Vault of the Warrior (the final boss, The Warrior, will await you there). 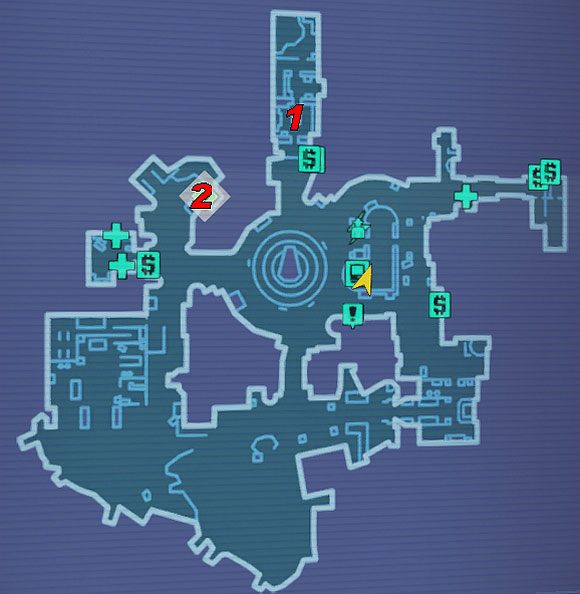 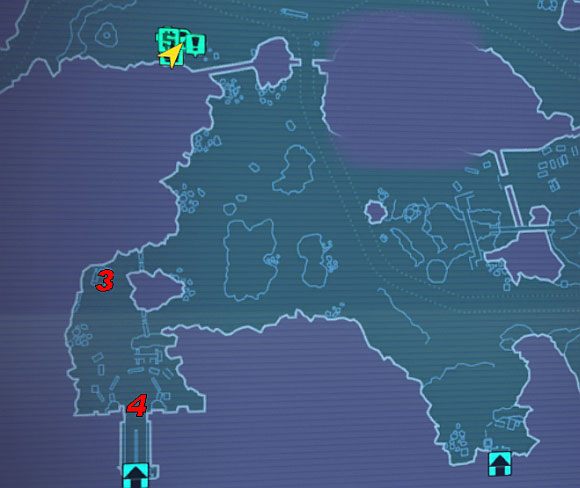 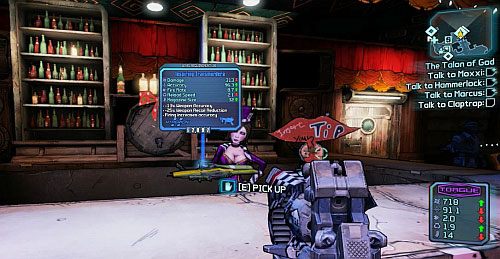 After receiving the mission [1] and before speaking to Claptrap [2], pay a visit to all the NPCs (Tannis, Zed, Scooter, Moxxi, Hammerlock, Marcus). You will receive additional experience points and useful items. When you're ready to move on with the mission, talk with Claptrap and use Fast Travel to move to Eridium Blight. 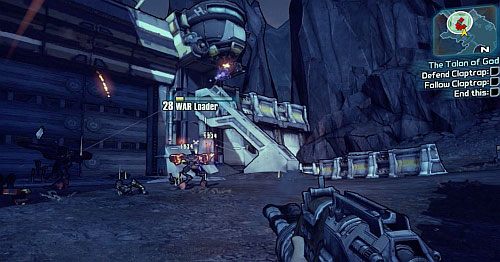 Drive to the south-west part of the map and speak with Claptrap again [3]. Follow the robot to the gate [4] which he will try to open, while Robots will attack you. Increasingly powerful waves of enemies will attack you, but at some point on both sides of the gate turrets will appear (screenshot). Don't destroy them and they will start attacking your enemies. 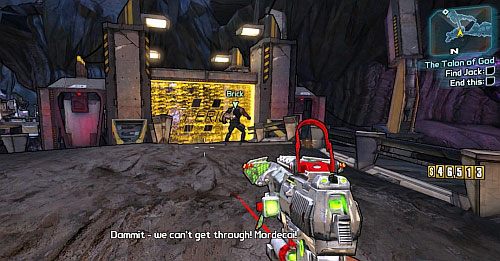 With the gate finally open, go up the stairs to the passage leading to Hero's Pass. Fight your way through waves of Robots and Hyperion Soldiers. As you reach a gate protected by a force field, Mordecai and Brick will join the fight. Eventually, Mordecai will manage to destroy the field generator and you will be able to head through. 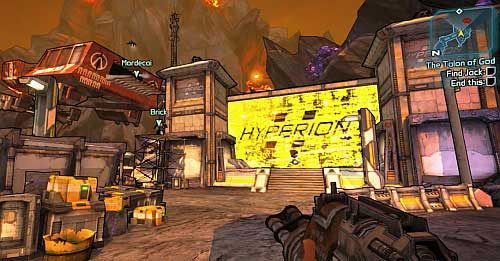 From now on, try to keep a safe distance and let Brick focus most of the attacks on him. In the mean time, you should take out enemies from afar. After reaching the next force field, you will be unfortunately left alone again. 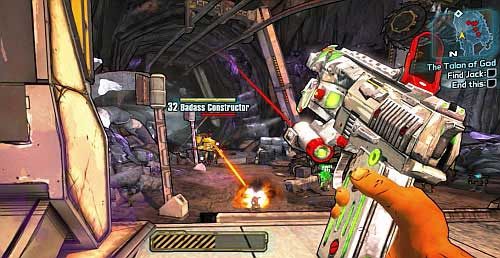 Continue fighting your way through the following bases and enemies. The passage to the next location will be protected by a Badass Constructor. Keep a safe distance, at best near a cover against rockets. Use the spawned Robots to get Second Wind. After destroying the enemy, head to Vault of the Warrior. 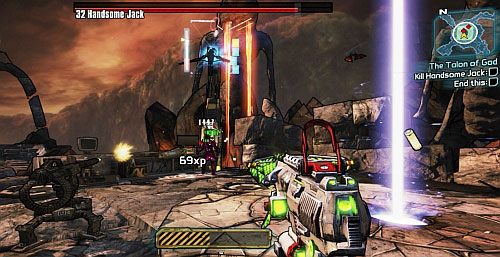 Ride the elevator down to the Vending Machines and Fast Travel. Keep in mind that it works only one way, so you won't be able to return afterwards. Restock on ammunition and jump down onto the arena below. Watch the cutscene after which you will have to face Jack. He will be creating copies of himself and teleport throughout the arena. He can also stand beside the computer to call in a Robot. It's a good time to deal considerable damage. 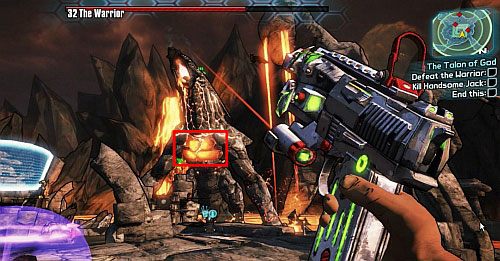 Damaging him enough will start the fight with the last boss. His weak point is his chest - shoot the area marked with the square on the above screenshot to destroy the shield protecting his weak spot. The shield will regenerate each time the boss dives into lava. 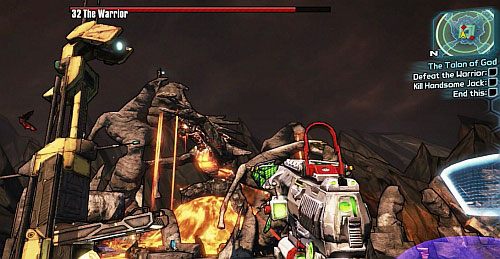 When Lilith starts screaming that the lava level is about to raise, quickly jump onto any higher point on the arena. Is the boss starts climbing onto the rocks, he's about to throw a rock at you (screenshot). In order to avoid damage, hide behind a cover. From time to time he might also breathe fire and swing his tail. Both attacks can be dodged by moving sideways. 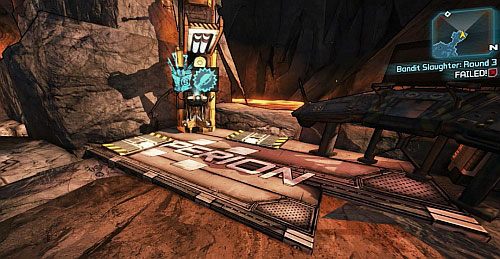 Around the arena you can find devices which will give you an ammo crate when Used. Each use blocks the machine for 100 seconds. 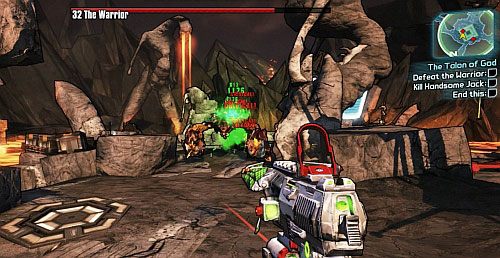 Volcanic Crystalisks which you can use for Second Wind will also appear on the map. When you defeat the Warrior, press the button on the panel to make sure he's dead for sure. Now just shoot Jack and Use the key at the middle of the arena to end the mission.