On this page of the game guide to Borderlands 2 you will find the walkthrough description of the main mission titled Bright Lights, Flying City. This quest revolves around visiting various locations in The Highlands. 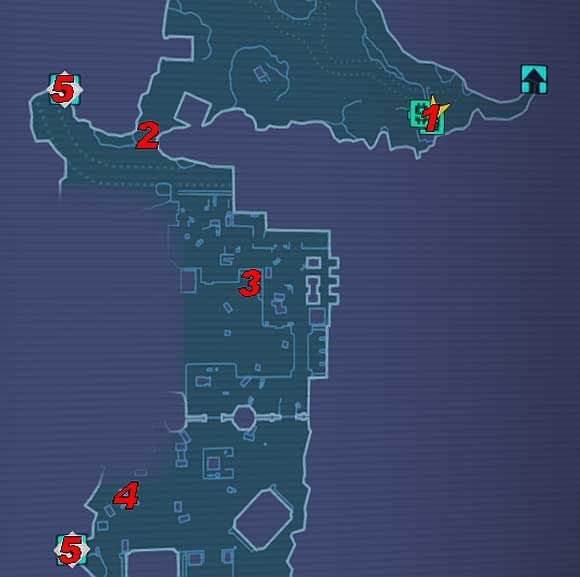 5) Northern and southern passage to The Highlands 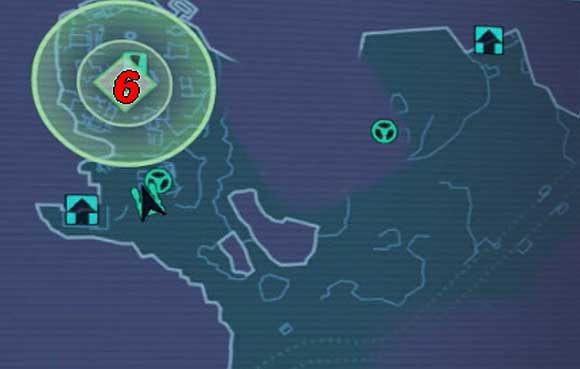 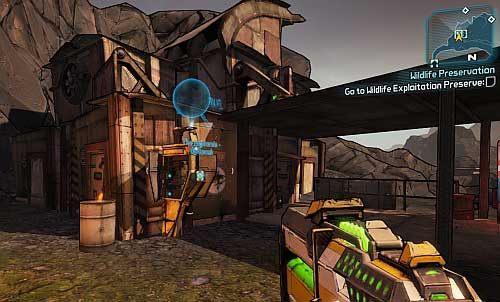 After reaching The Fridge, head to the passage to The Highlands Outwash, eliminating Mutants on your way there. Reach the destination and Sanctuary will appear in the sky, while you will have to use Fast Travel found right by the passage [1] (screenshot). 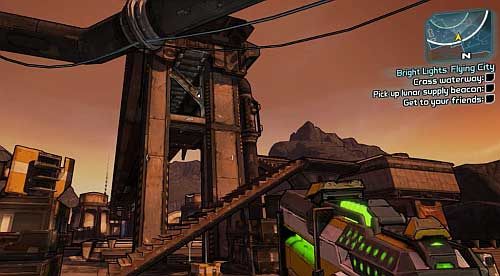 Fast Travel will unfortunately turn out to be broken. Go towards the factory entrance [2]. Destroy all the Robots and go up the stairs from the screenshot to call in an elevator [3] which will take you to the other side. 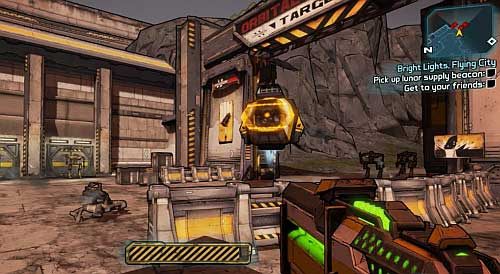 On the other side, by the gate, you will have to face Constructor. A Rocket launcher or Corrosive weapon should prove very effective here. Look out for the turret which the Robot can place and destroy it as fast as possible (it has very little health, but deals lots of damage). 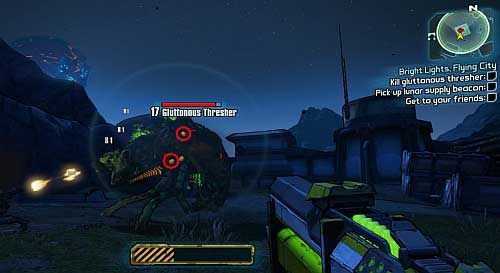 Keep heading deeper into the factory and eventually you will encounter the Thresher [4]. Try to deal as much damage as possible before the enemy can restore his shield. Try to keep him at distance and shoot the spots marked in the above screenshot for critical damage. 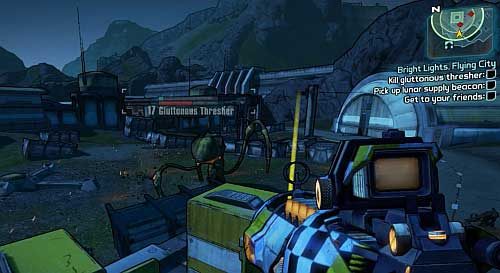 From time to time, Robots will join the battle. Left alone, they will attack the boss and you can also use them to get Second Wind. By retreating to the position showed in the above screenshot, you can shoot Thresher while staying out of range yourself. 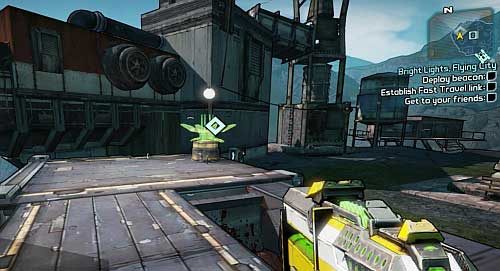 After you've dealt with the enemy, pick up the Lunar Supply Beacon and head to the northern or southern passage to The Highlands [5]. Right beside the passage, use Catch -a- Ride and head to the camp marked on the map [6]. Place the Beacon in the marked spot and prepare to fight with incoming waves of Robots. If the Beacon becomes damage, repair it with Use (by default E). if you run out of ammo, there's a nearby Vending machine in which you can restock. If you manage to hold them off long enough, you will be able to use Fast Travel to return to Sanctuary. Speaking with Roland will end the mission. As a reward, you will an upgrade letting you carry one more weapon with you.