On this page of our guide to Borderlands 3 you will find a description of In the Shadow of Starlight main story mission. This quest should be treated as an introduction to the grand finale of the campaign. Heroes will have to travel through the halls of a large temple and fight against Guardians and fanatics. 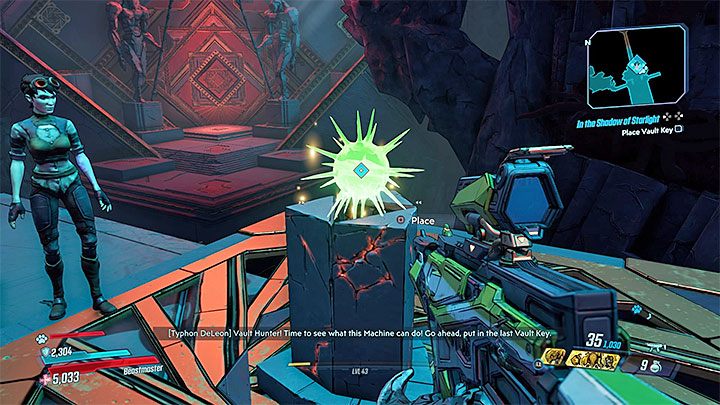 Move aboard the Sanctuary spaceship. Meet with Tannis at her lab. After listening to the conversation, put the key with Nekrotafeyo in the designated place. After Tannis and Ava analyze it, you can pick it up again. You must return to the Desolation's Edge region on Nekrotafeyo planet.

Return to The Pyre of Stars, near which you will find Typhon and Tannis. Place the Nekrotafeyo key on the last pedestal. The bridge toThe Pyre of Stars location will be unlocked. 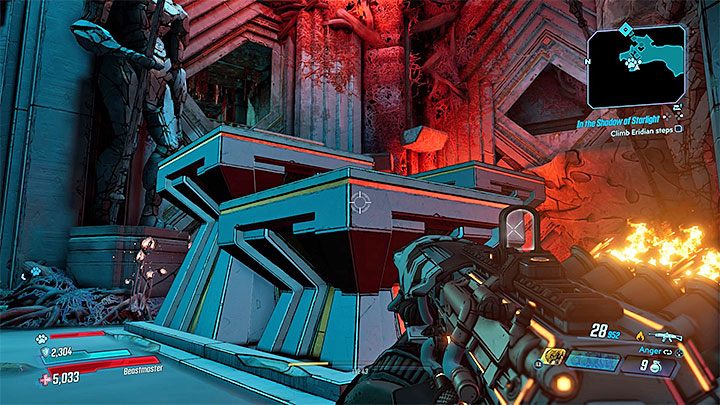 Follow your allies and wait until Tannis unlocks the entrance to the Control Console. Give her the key from Pandora. Follow Typhon to The Devil's Key, where you have to fight with Guardians. After you have dealt with them, you will reach the Promethea Pedestal. Interact with it and wait for a large statue to emerge.

Keep going after Typhon. In the All-Hearth location be ready to eliminate other Guardians, including a stronger Herald. Typhon must unlock the red crossing along the way and new enemies will appear immediately. Kill them and get to a place with a switch. Using it will remove several different tiles and platforms from the floor. Consider it a staircase. Jump to the taller tiles and grab onto them to get to the top of the next area. 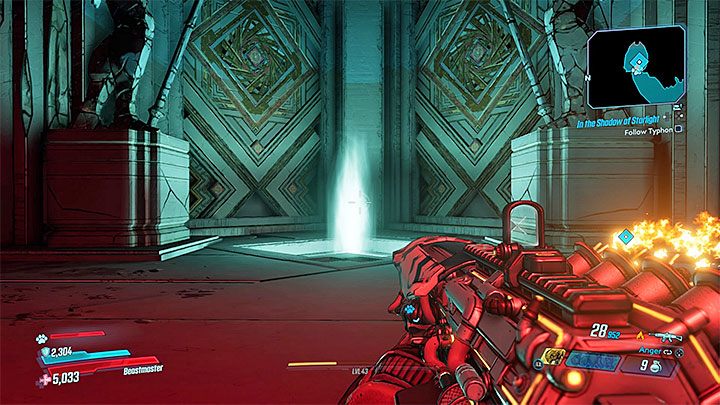 Starting with this part of the mission, you will sometimes alternatively run into fanatics sent by Tyreen instead of Guardians. Fighting them shouldn't be very difficult. Beware of the many holes in the floor when fighting. Accidentally falling into one of these may result in death of the hero and the need for respawn.

A little further, you'll meet more Guardians. You must reach the shaft from the picture above. Enter into it to be sent by an eridian geyser to a higher level of the temple. Enter the Eden-6 Pedestal location and interact with the new pedestal. Nearby there is another eridyan geyser, which in turn will "push" the hero towards the adjacent shelf separated by a precipice. 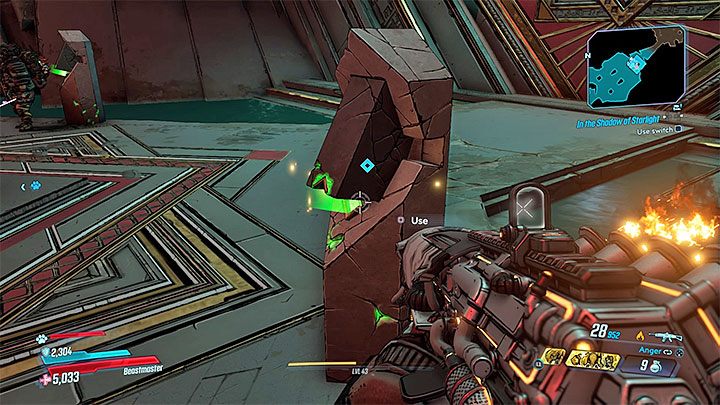 After landing, fights with fanatics right away. Travel along the linear route and use one more geyser (you may need to jump on it). Defeat new fanatics and Guardians.

You'll reach a blocked passageway. Wait until Typhon stands at the left switch and then use the right switch. In the Wet Well room there are more battles with enemies awaiting you. Ultimately, you must reach the Nekrotafeyo Pedestal room. Interact with the pedestal as usual. 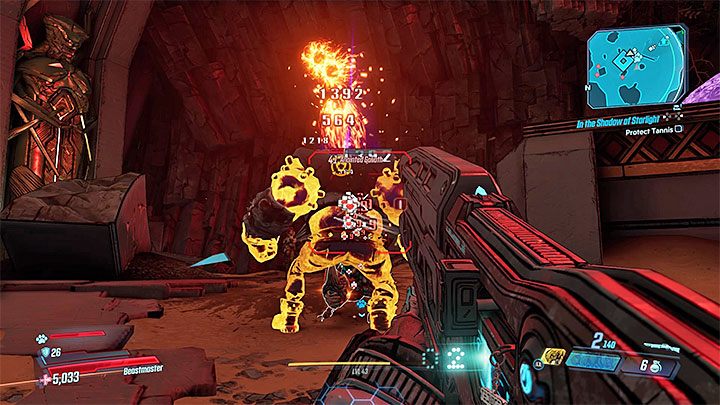 You must return to the room where Tannis stayed. When you return to the Control Console you will be assigned the task of protecting Tannis and Ava surrounded by a force field. Traditionally, for this type of tasks, their lives will actually not be in any danger. Focus only on keeping the hero alive.

There will be a few large attack waves, so expect a rather long battle. During battles, watch out for opponents with the Anointed marking (like Hag and Goliath), who are stronger, have teleport and can attack with elements. It is worth trying to get rid of them as soon as possible. After the battle is over, a cut-scene will be launched. You will complete the mission. You will get xp and credits. Game will begin the last main mission of the storyline - Divine Retribution.