This page of our Borderlands 3 guide will help you solve the lever puzzle found in Jakobs Estate located on planet Eden-6. To complete the puzzle you have to choose the right objects to appear on the scene. 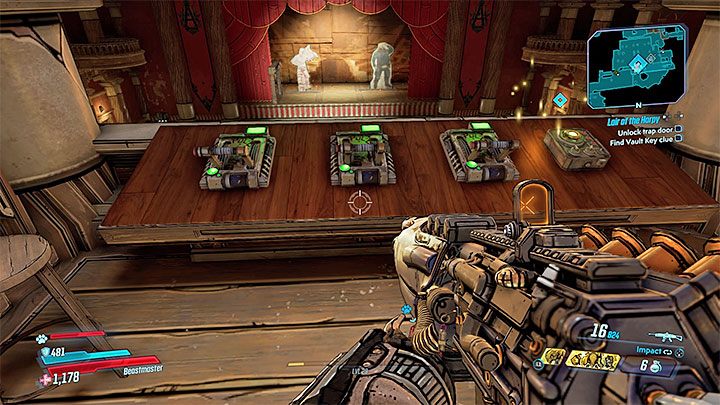 The puzzle takes place during Lair of the Harpy, soon after a visit to the theatre, where you deal with Billy, The Anointed, After reaching the upper floor, you'll encounter a console with three levers and a button. 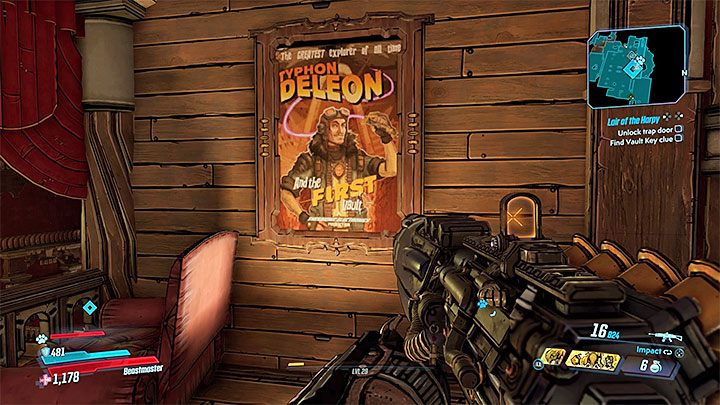 There is a poster of Typhon Deleon found right of the levers which contains a clue on how to solve the puzzle. Your task is to recreate the setup shown on the poster. 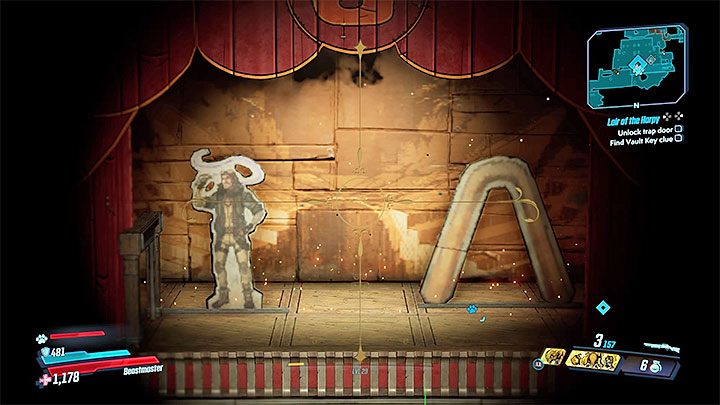 The correct setup of the objects on the scene is shown by the screenshot above.

When you press the button, the trapdoor will open and you'll be able to continue.