This side of the guide to Borderlands 3 explains a serious bug in the game that prevents you from picking up Quest Items. From our description you will learn how to resolve this type of problem and continue the game. 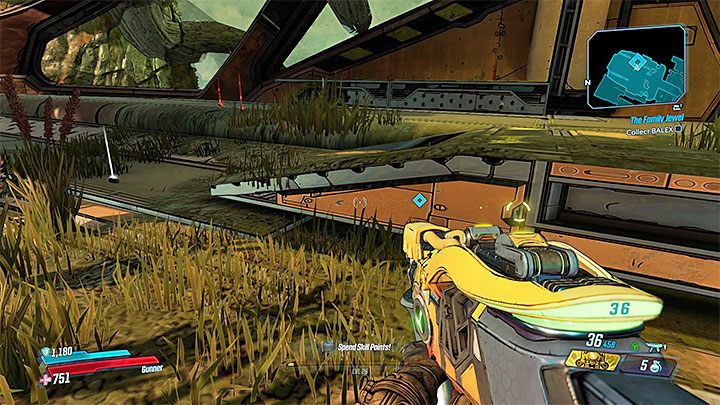 The problem with picking up quest items most often arises after victory over boss, who drops valuable items. Such an object can, for example, land in some tight place that can not be reached or fall below the ground (an example of such a situation can be seen in the screenshot above.

It may seem that this is a bug that prevents you from continuing the game (so-called. game breaking bug), but there are several possible solutions. One possible option is to quick travel to any other location. After returning to the arena there is a chance that the boss resets. After being beaten again, the quest item can "pop out"again. This method, unfortunately, not always works because boss might not respawn.

A generic solution to problems with quest items is to restart the game. Once you turn the game off and restart it, the game should automatically skip the step associated with capturing the quest item and unlock the next target in the given mission. This will allow you to continue fighting even though you have not personally picked up such an item.

We recommend you to always update your game to the latest version. There is a good chance that the issue with quest items will at least be partially resolved in any of the official patches.