This page of the guide to Borderlands 3 has a walkthrough for Taking Flight, one of the main missions. During it, you will make preparations for leaving Pandora on board the Sanctuary spaceship. Things will get complicated in the final part of the quest - you will have to participate in a few bigger battles. 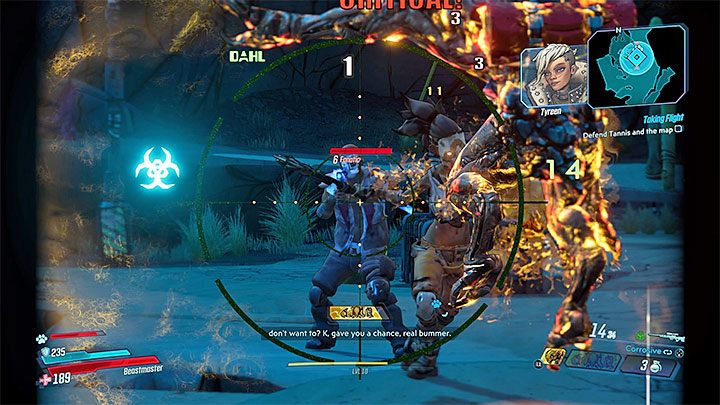 Start by handing Lilith the map you received after defeating Mouthpiece. After a while, she will return it to the hero. Go to the Eridian Dig Site. You can get there by car, but once you reach the narrow path, you will have to continue on foot. Get to the specified hut to meet Tannis. Give her the map.

Collect loot from the nearby chests. Soon, you will fight a few opponents. Don't worry about Tannis, nothing will happen to her. You have to eliminate a few groups of enemies. After some time, Lilith will arrive - she will help you in battles. 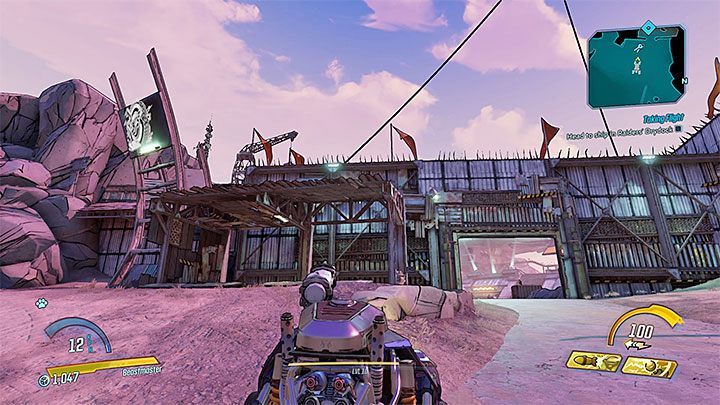 Watch the cut-scene. Go to the Raiders' Drydock where the Sanctuary is. Reach the Drydock from the south - the gate will be opened (the Drydock remains locked until you start this quest). Meet with Lilith and Ellie. 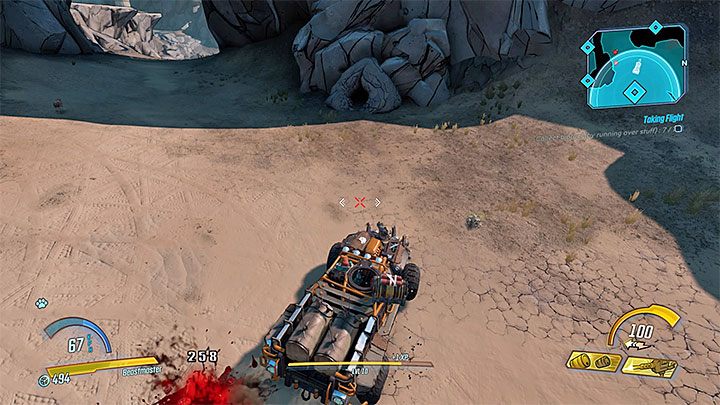 You have to get biofuel. Get into the Biofuel Rig. Go with him to the areas marked on the map. To complete the current mission objective, you must run enemies over (bandits or wild beasts). Don't attack them with an onboard gun because you won't get biofuel.

You need to collect 10 units of biofuel. If a Biofuel Rig gets destroyed, you can call another by visiting a Catch-A-Ride station. 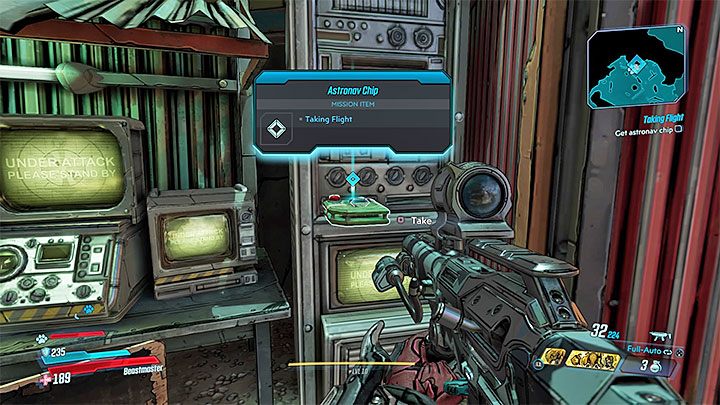 The second objective is to get Astronav Chip. Go to the Pit of Fools - this place has just been made accessible. You can't drive inside, so get out of the car.

Enter the large cave and prepare to face fanatics. After dealing with them, find the chip on one of the computers. 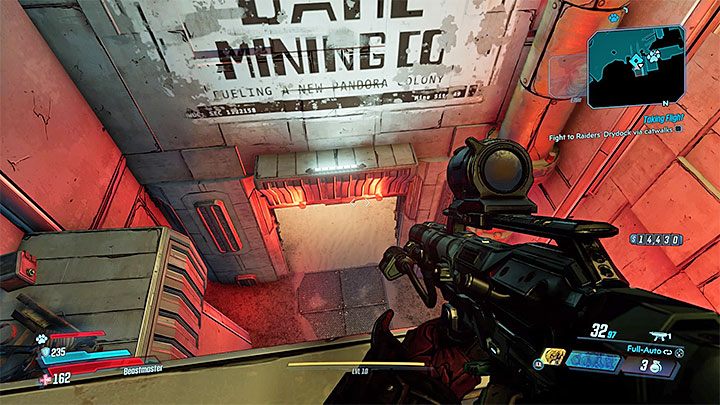 Go back to the Raiders' Drydock. Park the vehicle with biofuel on the blue rectangle. Approach Lilith - this will trigger a cut-scene.

You have to take a detour to reach Lilith. Get to the elevator indicated by the game and press the button to make it move. Walk on the upper balconies - you will encounter many enemies. You have to get to the place presented in the picture - the one where you can jump down from the balconies. 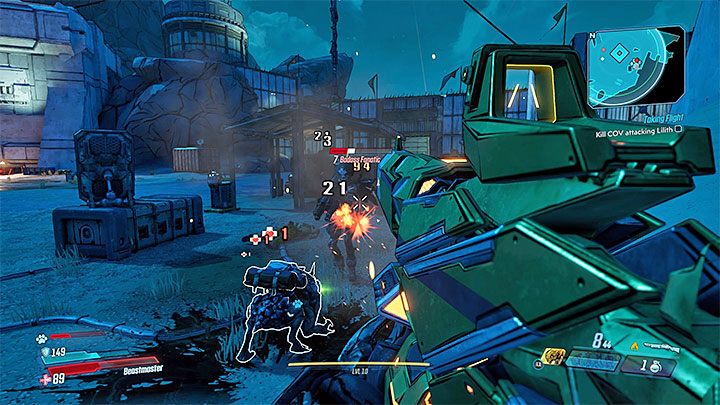 In the final part of the mission, you need to defeat all the Children of the Vault near Lilith. Don't worry, Lilith won't die. No need to rush to win this battle. Watch out for enemies with a badass rank - they are stronger and more resistant.

After winning the battle, go to Lilith and hold the interaction button to "revive" her. After that, talk to Ellie. This completes the quest and starts another called Sanctuary. 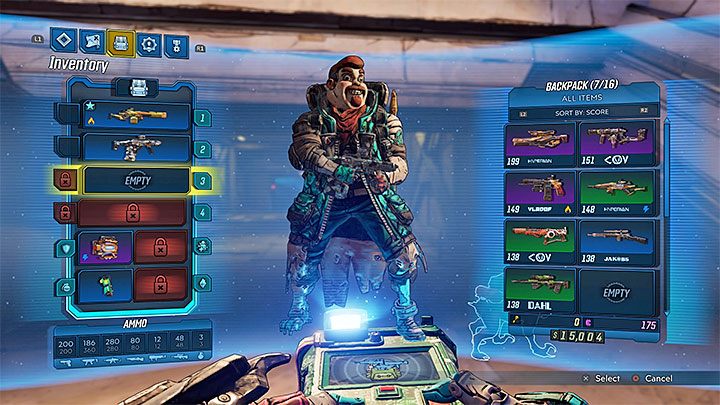 You have unlocked the slot for a third weapon. Place another weapon in that slot - you will increase your versatility in battles.