This page of our guide to Borderlands 3 contains a detailed description of duel with Gigamind boss. It's one of the main bosses in the game. Defeating him can be quite challenging and it can take you up to a few minutes to reduce all his health bars to 0. 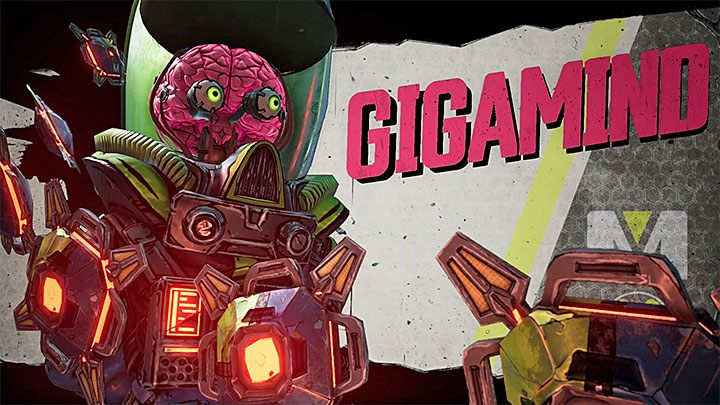 Battle with Gigamind boss occurs at the end of the Hostile Takeover main story quest. The battlefield is the Halcyon Spaceport in the location of Meridian Metroplex on the Promethea planet. You can get to the port with the help of Zer0. Unfortunately, this ally will not help you in attacking the boss, but only observe the course of the fight from a safe distance. 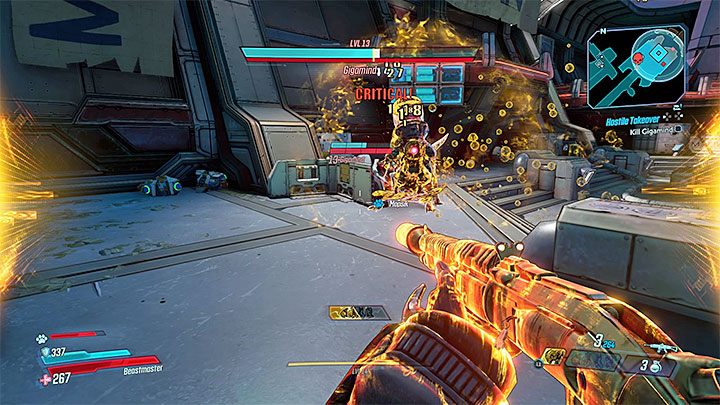 The first phase of the duel is surprisingly simple. Gigamind will fly on a kind of board and perform regular distance attacks. Try to avoid them and use any firearm you like. Reduce the first health bar of the boss to zero, it has a blue color. 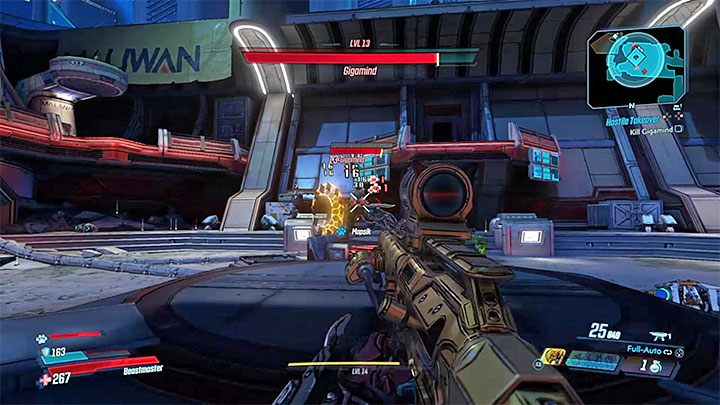 The second phase of the battle will begin when Gigamind has only a red health bar. The boss will start hiding behind the shield. Look for the opportunity to attack him from the side or from his back. Your attacks may break through the shield, but they will be significantly weakened. 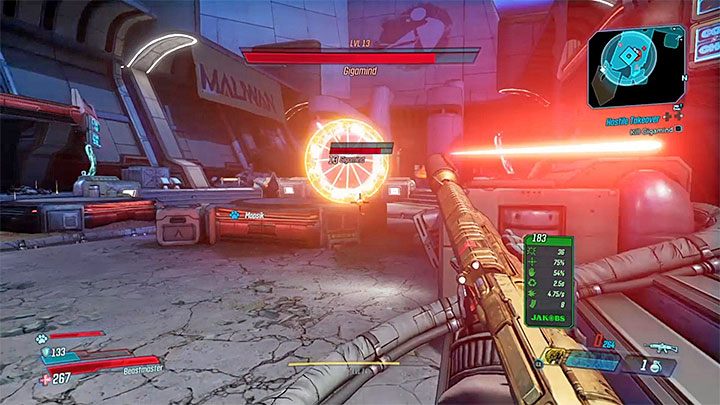 Be careful, especially in the moment when boss' shield turns into red color. After that, Gigamind uses his shield to launch heave fire from his weapons. Run through the time on the map and focus on avoiding enemy attacks. If you are under heavy fire from the boss, you can be seriously weakened very quickly. 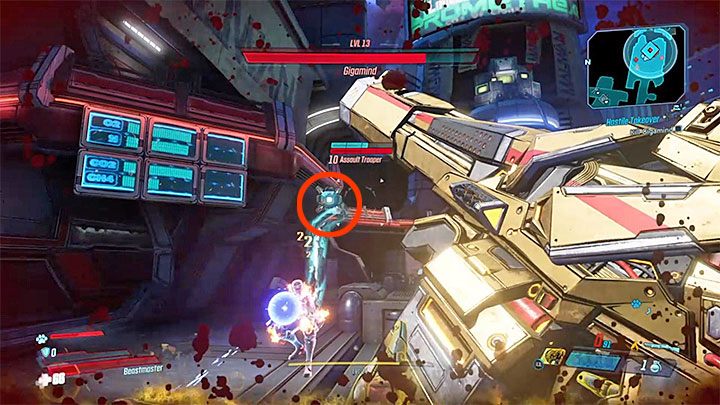 Assault Trooper troops will soon appear in the arena. It is worth to pay attention to drones flying above them, which may surround them with powerful energy shields. After destroying such a small drone, you will be able to attack a soldier effectively. Remember this especially if you are knocked down and want to return to the fight by using Second Wind. 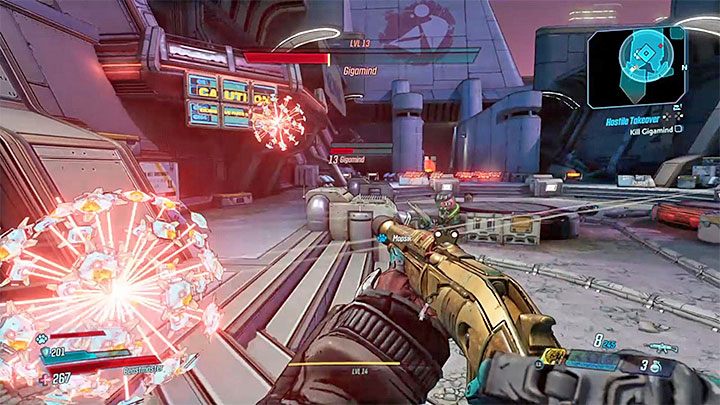 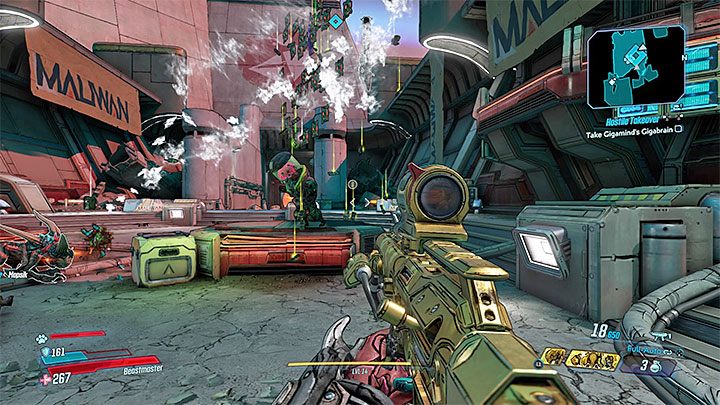 In the final phase of the fight, Gigamind will gain a few new attacks. The boss will try to send drone clusters at you and generate some kind of tornadoes. In both cases, run a lot on the map to avoid becoming an easy target. Take advantage of the fact that you can constantly attack Gigamind, as he has lost his shield. 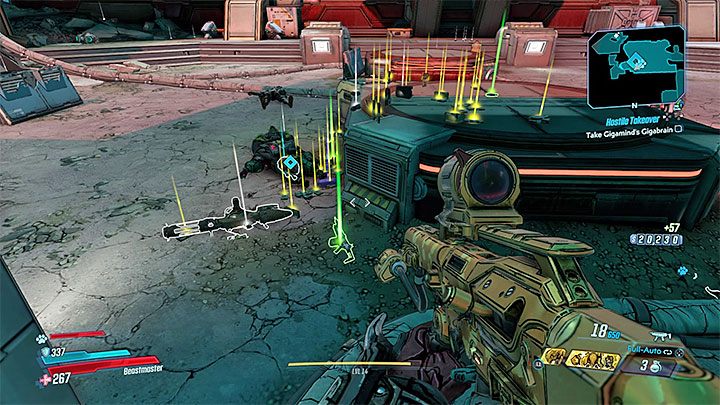 The defeated boss will leave a lot of loot - credits, eridium and various items. In order to complete the main quest, you must also find the Gigabrain on the ground.