This page of the guide to the Borderlands 3 explains how to steal (hijack) a vehicle controlled by opponents. You can take over the vehicle in the main quest Cult Following, or simply on your own initiative to permanently unlock some part of the vehicle. 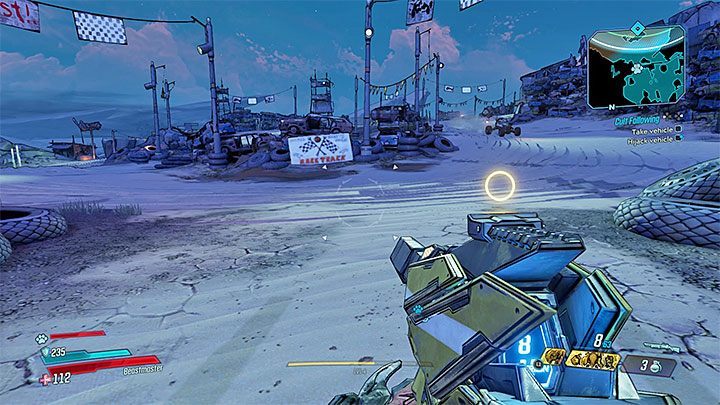 You will stumble upon the topic of vehicle theft for the first time while completing the Cult Following main mission, the one related to unlocking the Catch-A-Ride station and commissioned by Ellie. One of the objectives of the mission is to head to the location with the vehicles. Stealing a vehicle is an optional objective of this quest, but it is not worth skipping, as it will allow you to familiarize yourself with this fairly important game mechanics.

When you reach the specified location, you will find a lone parked car (the main objective of the mission) and hostile vehicles traveling around the neighborhood (optional mission objective) - focus on the latter. 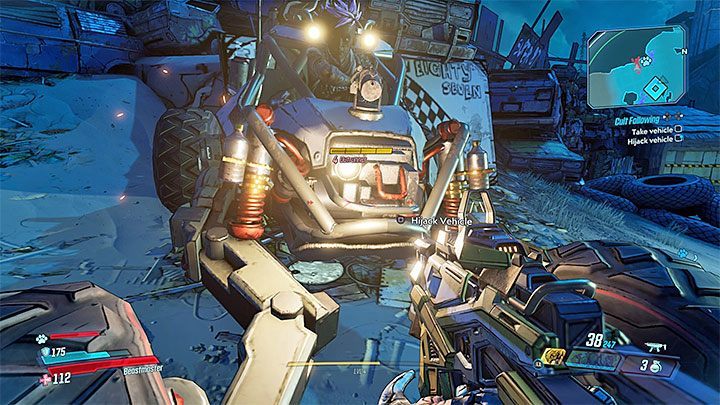 Wait for one of the enemy vehicles to slow down or hit something. This will allow you to get close to the enemy machine without risking that it will leave or that you will be hit.

Approach the driver of the vehicle and press the interaction button to throw him out of the cabin. This is only possible if 'Hijack Vehicle' option appears on the screen. Successful action should initiate a short animation of boarding the Outrunner. 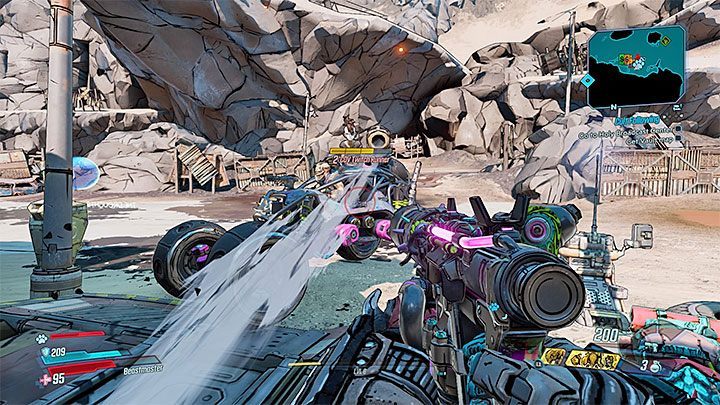 Later in the game you can steal other vehicles, including those that have an extra shooter on board (like in the picture). After you throw the driver out of the cab, the shooter should also jump out of the vehicle and you will be able to run him over or ignore him. 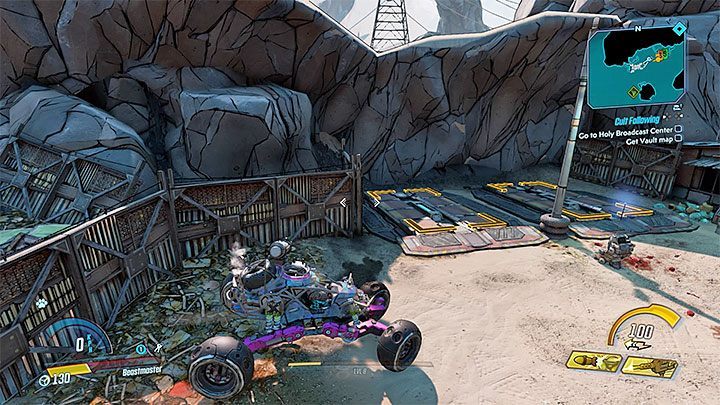 Try to return to the Catch-A-Ride station with all the stolen vehicles and put them on the big rectangles. If the hijacked machine had any new parts, they will be automatically added to your collection and you will be able to install them on your next vehicles.