The Black Hills forest will make it clear that you have control over the surrounding reality. At this stage, you begin to jump between time periods and encounter your first opponents. The following section of Blair Witch game guide describes how to complete chapters 4 and 5.

Almost the entire Chapter focuses on the mysterious car wreck. After reaching a forest glade with a huge white tree, you need to go to its trunk, and then contact the sheriff.

Then you will need to run with your four-legged friend once again. You will pass a small bunker on your way. You can open it by using the code presented in the picture below. You can also wait. You can obtain the lock combination at a later stage of the chapter. 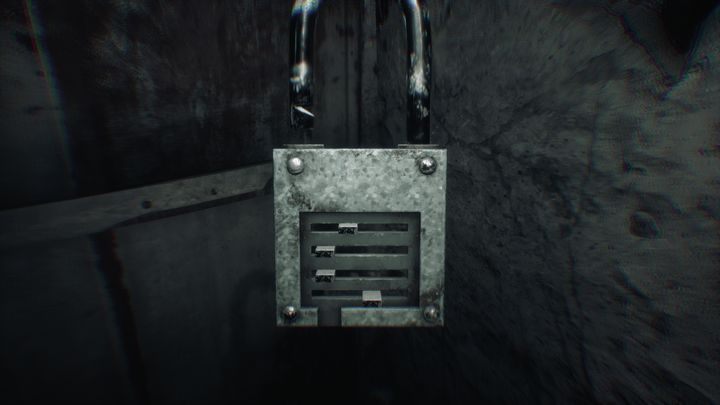 Bullet will lead you to a car wreck. You will not find anything interesting for now. After a while, Bullet will approach you and bring you a candy bar. Tell him to search again. This way you will obtain another videotape.

Return to the road connecting the tree and the bunker. There, play the videotape that you found, and pause it when the ball lies on the ground. This way it will appear next to you. Pick it up and let your companion sniff it. He'll pick up the trail immediately. Follow the dog. 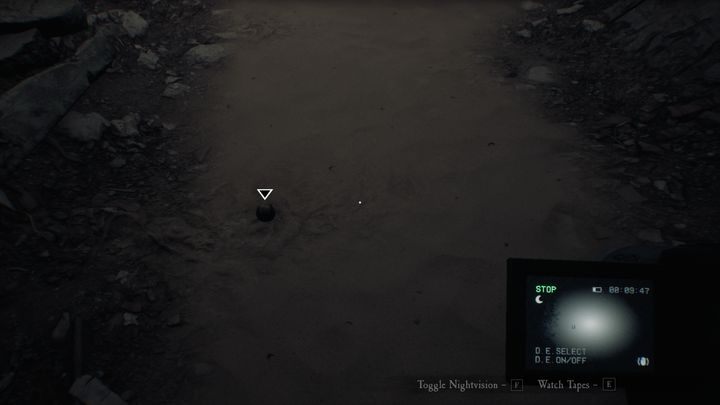 You will also fight hostile creatures for the first time. When this happens, make sure to point your flashlight exactly in the direction marked by the dog.

You will reach an abandoned small-gauge train. There's a fallen tree that you saw at the beginning of the last recording. Play it and pause the recording when the tree is still standing. Unfortunately, you will find out that the bridge behind the tree has been destroyed. Thus, you have to go back to the starting point. 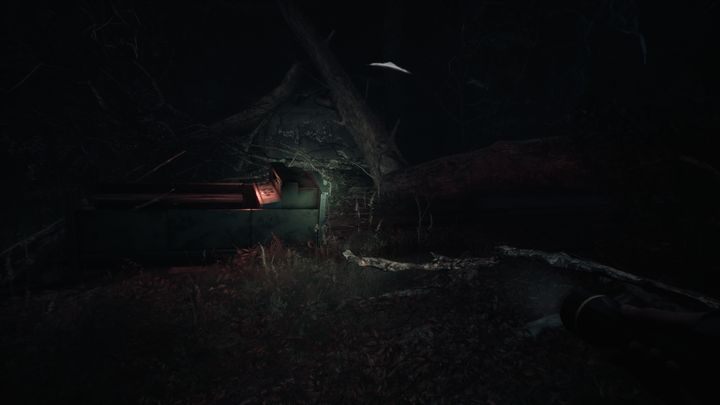 Prepare for another fight near the white tree. Then you can go back to the car. Turns out that it's in a much better condition than before. You will find a note on the car window. Pull out the walkie-talkie, set channel 3 and answer. The man on the other side will order you to turn on the truck headlights. 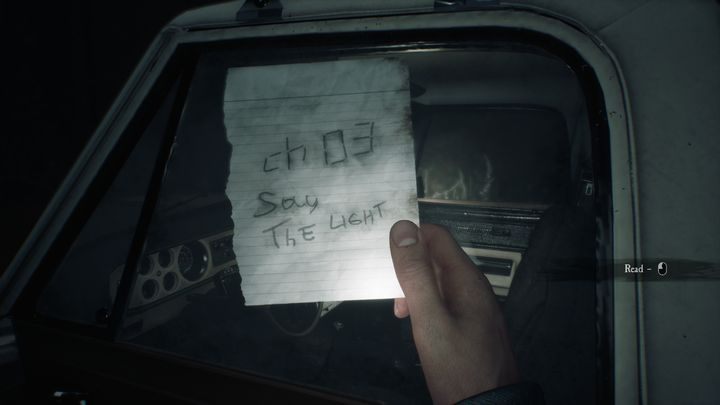 Try to enter the vehicle. Unfortunately, the vehicle is locked. Luckily, Bullet will help you find the key.

Enter the vehicle and insert the key into ignition. Look around the car cabin. You will find the technical documentation of the vehicle. You can interact with the radio. After a short broadcast you will receive a message with the code for the lock in the bunker. Try pressing a small lever on the left of the steering wheel. Turns out it doesn't work.

In order to repair the headlights, you will need to look under the hood. Connect the car battery and go back to the car cabin. Since one of the batteries responsible for the lantern has worn out, you will have to replace it. To do this, take a 20A battery and move it from slot 6 to slot 7. Now pull the light switch. 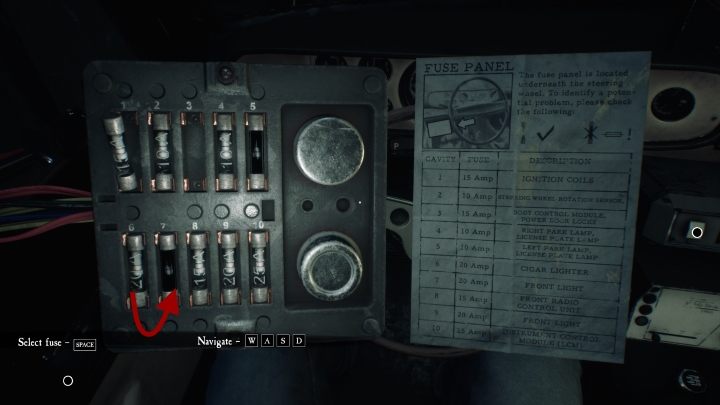 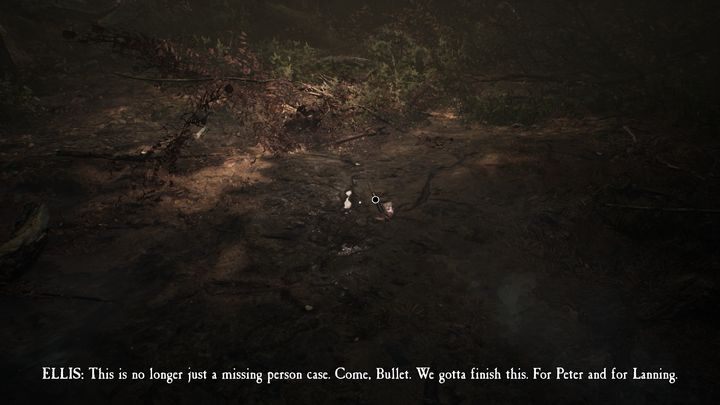 Bullet will appear. He'll have a videotape in his mouth. Take it and play it. Pause the video when the killer is throwing away the murder weapon. This way the item will appear in the game world. Pick it up and let the dog sniff it.

Bullet will pick up the trail immediately. Run after him. At some point you will encounter a mysterious vessel. Interact with it and you will be surprised by a stranger who will tell you to run. You should listen to him. Run and don't stop under any circumstances. On your way, you will need to avoid falling trees. 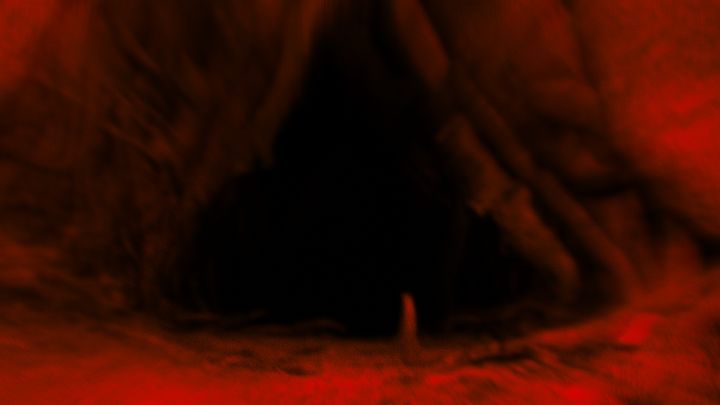 You will truly escape once you get to a huge cave.