You begin the game as John, David's father. Start moving forward (PC controls: W,S,A,D + mouse) and run through a set of stairs and a stony tunnel, then interact when prompted (press the buttons or choose the required number on the keyboard). Follow the path forward and use one of two paths leading through the rocks. Finally, turn right to the stairs and continue following the path between the hills. Touch the spectre of a woman (a suitable action will appear on your interface). Move forward to the stone circle and stand in its middle. 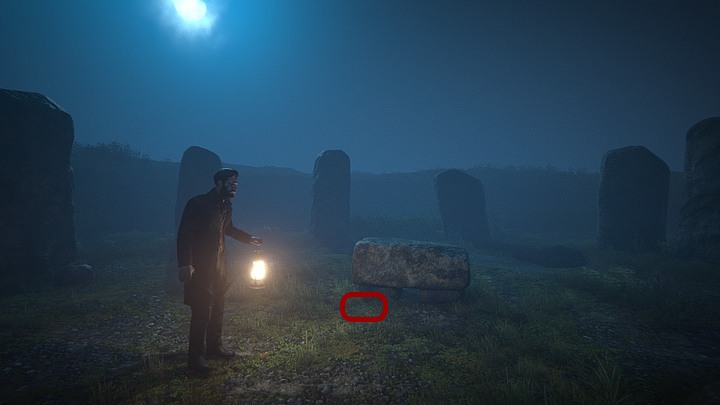 Pick up a thing found next to the flat stone in the center of the ring (most likely a rough stone that will injure John on contact). When the man has performed the ritual, pick up the lamp (move sideways a bit in order to activate the option on your interface). 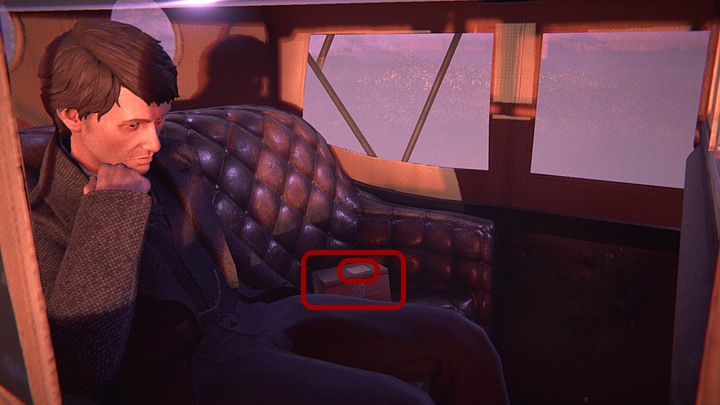 You are now left with David who is on route to the castle. Pick up the letter which is on the small coffer and look at it when magnified (rotate the letter by holding the left mouse button) to unlock three interactive fragments - "key", "beware", "family of snakes" on the first page, and four ("my boy", "library", "find the answer", and a set of two equations known as "ramblings of a madman" on the other side of the paper. When you've read the letter, open up the small coffer and pick up a strange figurine. Look at it from a close-up to find a single interactive fragment.

This site is not associated with and/or endorsed by the THQ Nordic / Nordic Games or KING Art Games. All logos and images are copyrighted by their respective owners.