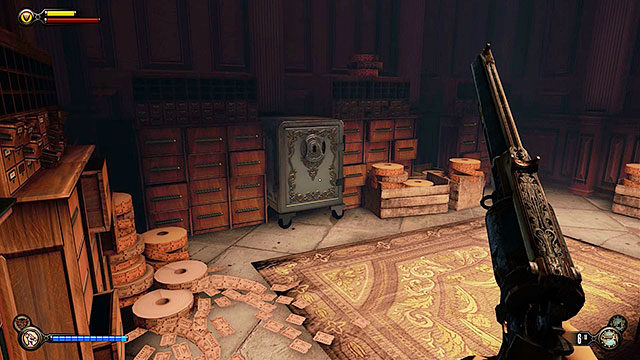 Once you've arrived at the Grand Central Station proceed to the ticket office. Enter the office and locate a safe in the first room (the safe's lock requires 3 lockpicks). 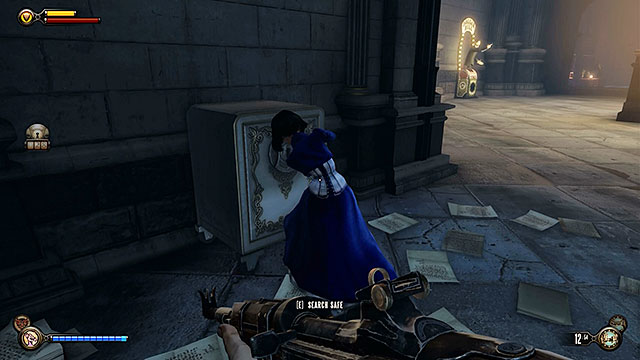 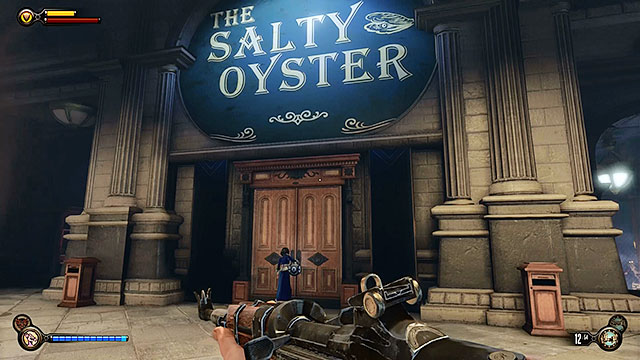 The only way to gain access to The Salty Oyster bar is by breaking the lock (3 lockpicks). 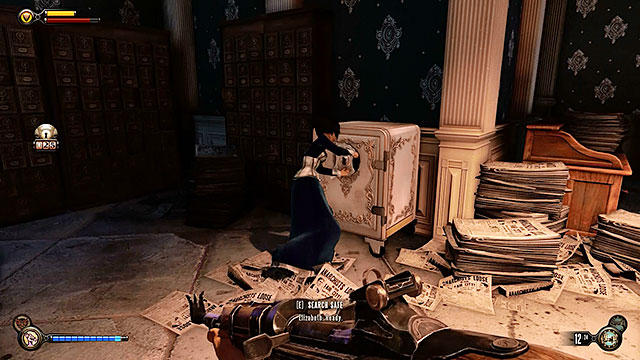 There's an office near the stairs to the left of Comstock's statue (station's main hall). Find a safe there and open it with 3 lockpicks. 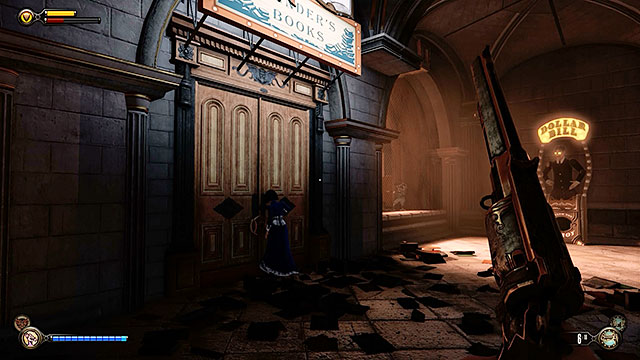 After you've ended the battle near the rotary doors proceed to the Founder's Books store located on the left side of the corridor. Opening the doors leading to this store is possible if you have one lockpick with you. 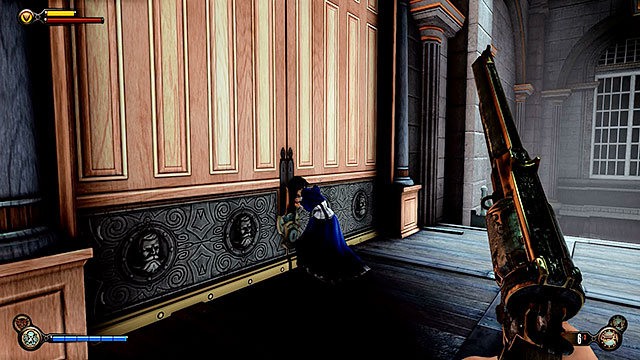 After you've won the battle in front of the Bank of the Prophet make your way to the left balcony. You'll find a large door here and opening this door requires 3 lockpicks. 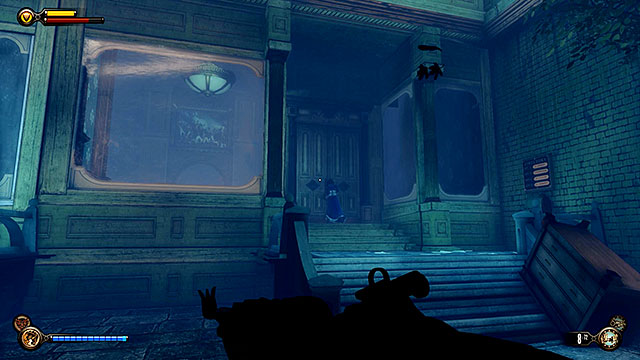 There is a locked store in the left side of the Harmony Lane. Open the door to this store with 3 lockpicks. 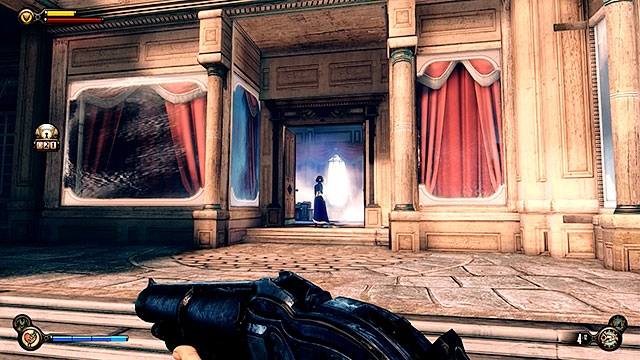 You'll find a locked store with paintings near the photo studio. You can break into this store assuming you have 3 lockpicks in your inventory. 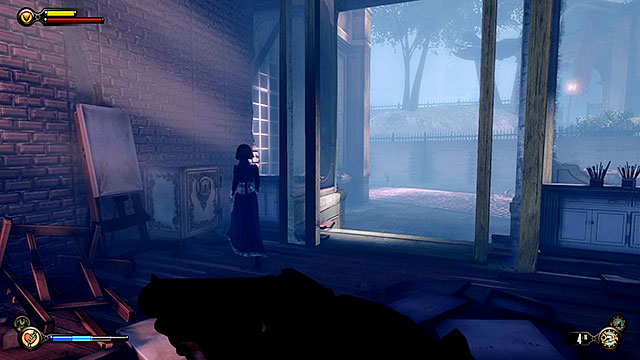 Find two linked stores opposite the entrance to the cemetery. Explore both stores to find a safe located near one of the doors (the safe will require 3 lockpicks). 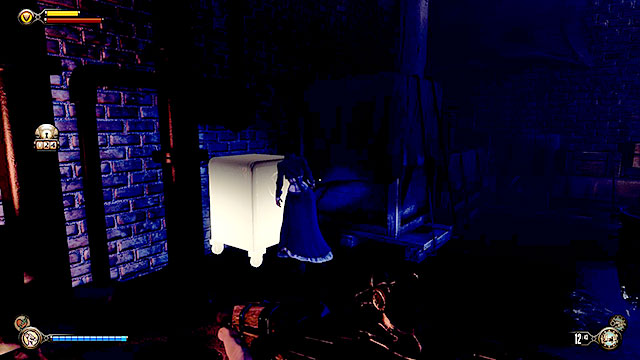 There's a Hudson's clothing store near a closed gate leading to the bank's plaza. Enter the store and descend to its basement. Explore the dark room to uncover a locked safe (you must use 3 lockpicks). 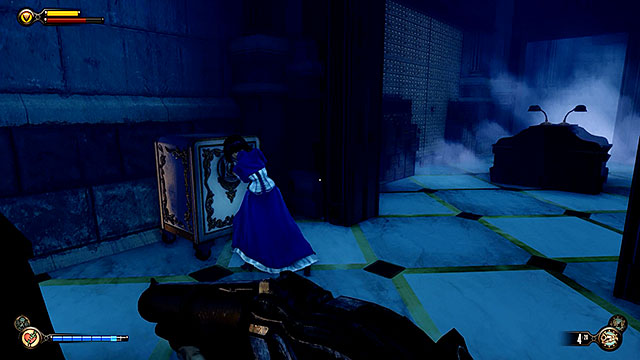 Explore the register office in the Bank of the Prophet to find a safe. Opening this safe requires only one lockpick. 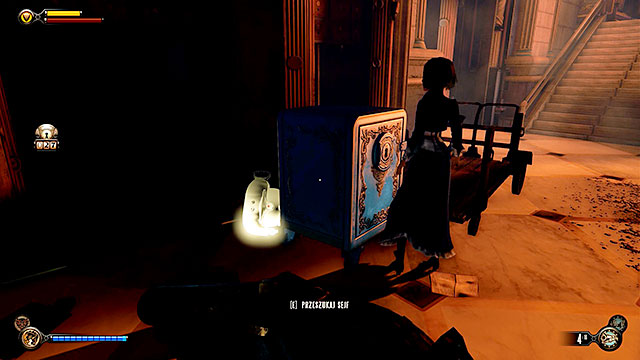 Once you've entered the bank's vault proceed to a room located to your left. Explore the back area of this room to find a safe that can be opened with 3 lockpicks. 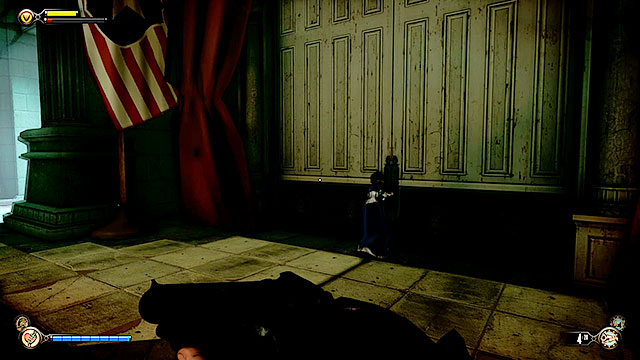 Go to the first floor of the operating theatre and ask Elizabeth to break a lock on a door located between the passageways leading to the generators (you must have 3 lockpicks with you).

Chapter 36 - Hand of the Prophet 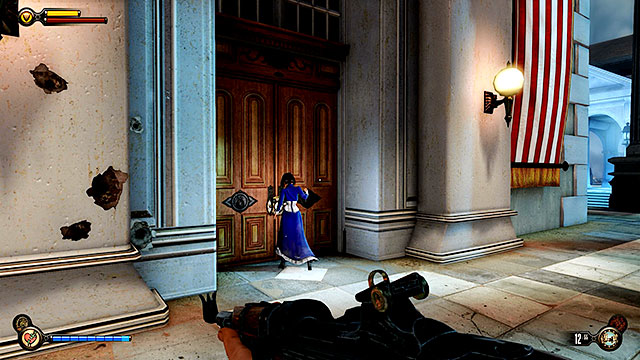 There is a locked building in the middle of the Comstock House Roof and you can gain access to it by using 3 lockpicks. 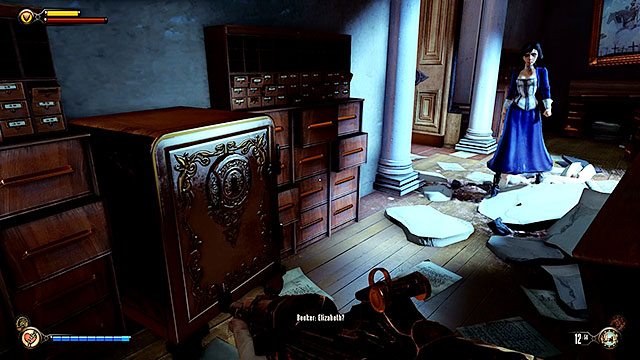 You'll find a safe inside a room with the hole in the wall. The good news is that opening the safe is possible with only 1 lockpick. 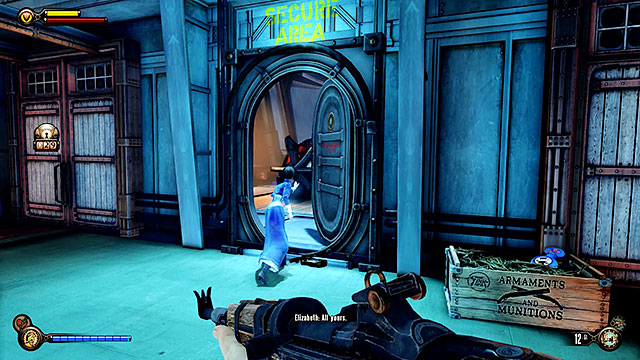 Go to the back and locate a corridor linking the right and the left side of the upper deck. You'll find a locked gate here leading to the Security Area and opening the gate requires 3 lockpicks. 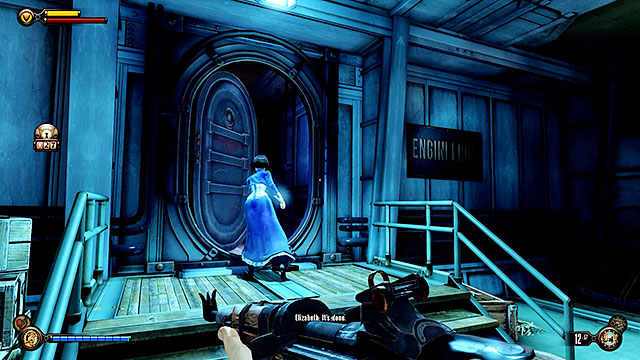 There is a locked engineering room near the stairs leading to the zeppelin's bridge. Breaking the lock is possible with only one lockpick.