On this page of the guide to BioShock Infinite you will find a list of all regular enemies you will encounter during the campaign. From this guide, you will learn about the equipment and skills of regular enemies and what is the resistance of common enemies to various vigors.

The phrase 'common enemies' means Columbia's infantry. Enemies from this group don't have any particularly dangerous skills, however their gear can range from sticks to sniper rifles and rocket launchers. In most cases a single shot to the head is enough to kill a common enemy. You should also know that all opponents are equipped with Sky-hooks and that they can use sky-lines to go after you or to surprise you from behind. 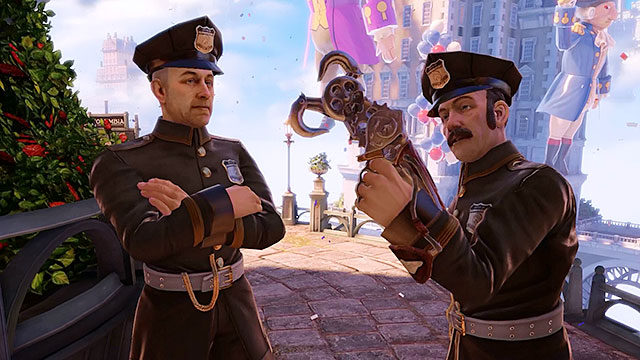 Policemen and Vox members are the most common and the weakest groups of enemies. Their equipment consists mostly of sticks and small caliber firearms. Policemen don't use any advanced tactics while trying to take out the main character and their low stamina results in them tripping a lot, allowing the player to quickly eliminate them. Policemen and common Vox members aren't resistant in any way to vigors and they're also vulnerable to melee attacks. 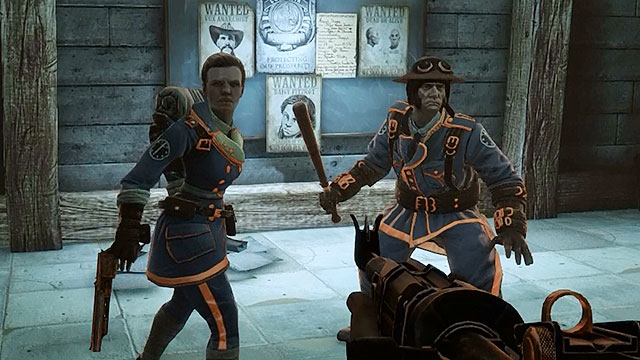 Soldiers aren't the same as policemen. They not only look different, but they're also better trained and equipped with higher quality items. Soldiers are more coordinated in combat situations and they use simple tactics to attack the main character from the flanks or from the back. Enemies from this group use a lot of different weapons, starting with sticks and ending with high caliber firearms (sniper rifles, hand cannons etc). Soldiers and less common Vox members aren't resistant in any way to vigors and they're also vulnerable to melee attacks. 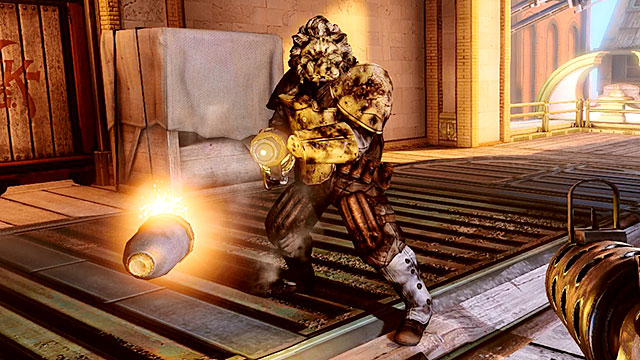 Beasts are specialized units wearing thick, steel armors. They're usually equipped with explosive weapons (Volley Guns or RPG's). Their steel masks resemble animal heads (that's why they're called beasts) and they protect them even from sniper rifle headshots. Elements of the beast's armor may be destroyed during combat, therefore revealing their weaker spots. Beasts are extremely immune to melee attacks and they have also a limited resistance to some of the vigors. 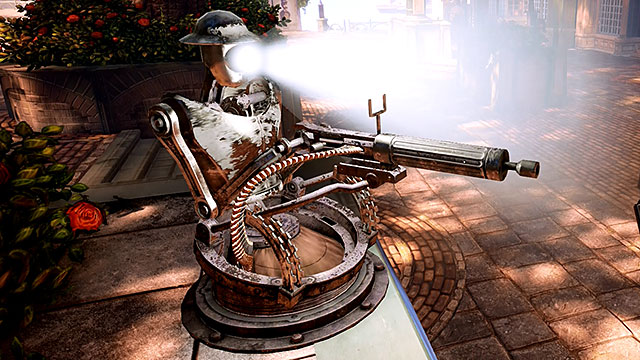 Automatons are nothing else but turrets and they're armed with machine guns or rocket launchers. All turrets have a limited range of view. A white color emitted by a turret means that the main character hasn't been detected yet. Yellow lights signalizes that the turret has located the player and that there's only a few seconds to hide before it starts firing.

Red color means that the turret is now in combat mode. All turrets can be possessed or temporarily deactivated thanks to the vigors. Possession result in a turret becoming the main character's ally for a short period of time and this of course means it will start firing at enemy units. 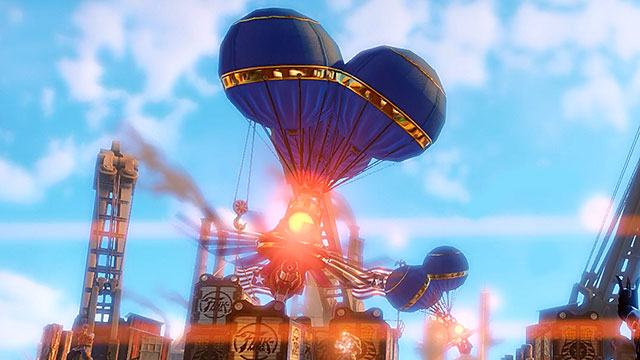 Mosquitos are the flying version of turrets. They can patrol large areas and they can also follow the player instead of remaining in only one spot. Aside from the mobility factor they don't have any other major differences. Mosquitos can't be stunned with the help of the vigors.