On this page of the guide to BioShock Infinite, you will find most important information about the Vigors. Our guide will tell what they are and how to use them. You will also find some advice about using them. 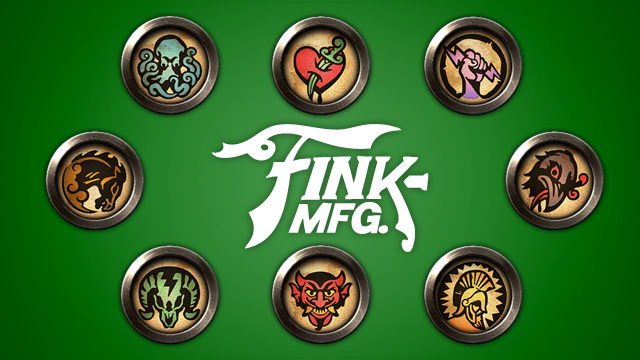 Vigors in BioShock: Infinite work in a similiar way to plasmids from the previous games of the series. Aside from the obvious offensive capabilities vigors can also serve as traps. A very important thing (often missed by the players) is a possibility of combining available vigors to receive very effective and very efficient combos. This is described with more details on one of the further paiges of this chapter. 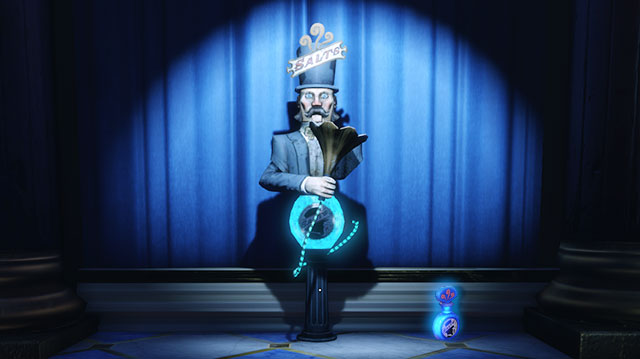 Salt is the fuel for vigors and you can find this resource by collecting blue bottles scattered throughout the entire Columbia or by making purchases from vending machines (only in the early chapters). Thankfully if you'll run out of salt in a combat situation Elizabeth should help you in replenishing your current supplies.

Various advice about the vigors

Using vigors outside of combat 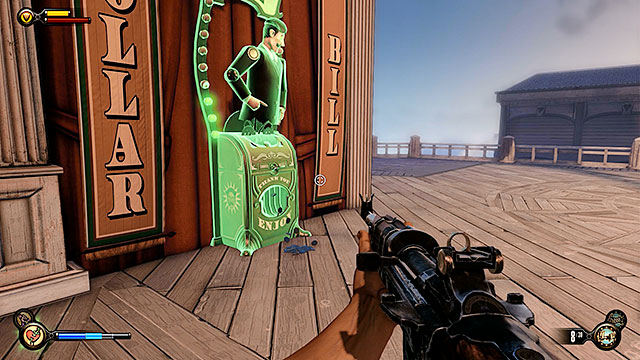 The POSSESSION vigor can be used to "hack" vending machines found in Columbia. Each time a machine has been hacked it will drop a small number of silver eagles, however you won't be able to repeat the hacking process for the second time. 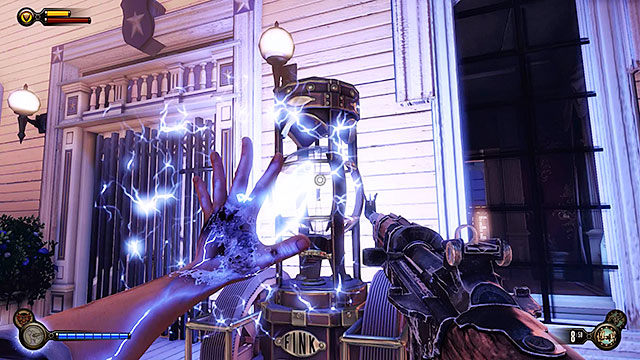 The SHOCK JOCKEY vigor can be used to power some of the inactive generators. It's usually required to complete the current main objective, however this method can also be sometimes used to unlock access to secret rooms.