Weapons in BioShock Infinite are one of the basic tools used for eliminating enemies. On this page of the guide you will find, among other things, information how the difficulty level affects the firepower of weapons. Here you will also find a complete list of available weapons. 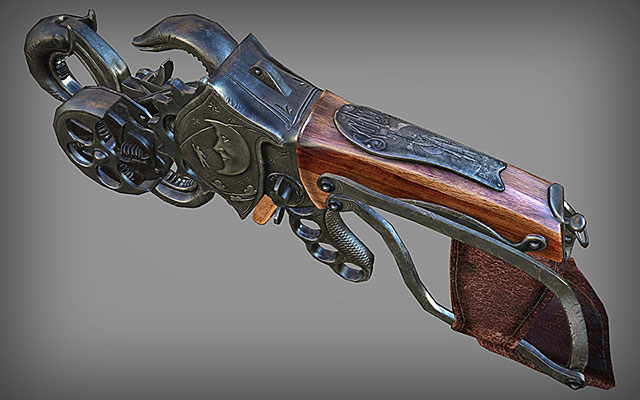 One of the differences between BioShock: Infinite and the previous games in the series is that you're limited to having two weapons and a Sky-Hook (it's used for melee combat). Despite this restriction the authors of the game have ensured that the player will never be defenseless, especially in bigger fights. Even if you're not equipped properly for an especially difficult battle you can be sure that exploring the battlefield will result in finding weapon stands, barrel or interactive tears that can be used to summon better guns.

You also shouldn't have any problems finding ammunition for the Founder's weapons, even when playing on harder difficulty settings. The only real problem you may have is saving enough ammo for more esoteric Vox tools of destruction and as a result you should be using them briefly instead of making them long-term weapons. A good example is a Vox Heater, because this is a rare weapon with limited supplies and therefore it should be treated as a temporary attraction. The good side of those rare weapons is that can often help you in achieving victory, because most of them inflict very serious damage. 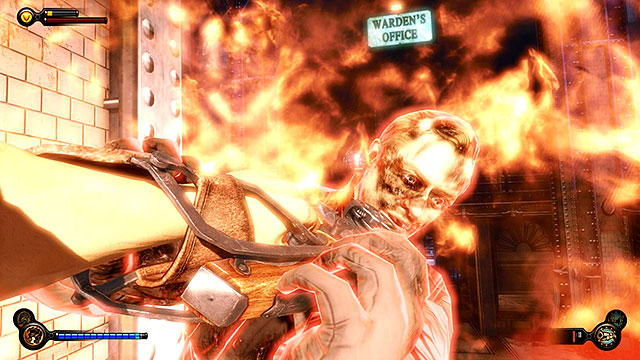 The only weapon that's going to stay with you for the entire game is a Sky-Hook. This object acts independently from the firearms held in the main character's right hand, so as a result you don't have to choose it from the inventory like with the wrench from the first BioShock game. Sky-Hook is directly tied to one of the vigors (Charge) and most of the upgrades guaranteed by the gear used by the main character can turn into a deadly weapon.

If you're planning on playing on Hard or 1999 difficulty setting, then you should examine the table carefully in order to find out in which weapon you should invest. Also, make sure to familiarize yourself with the costs of different weapon upgrades presented at the end of this chapter.