On this page of the guide to BioShock Infinite you will find most important information about protagonist's gear. You will learn how to unlock new equipment pieces and how to put them on. Additionally, you will find here a list of guaranteed gear pieces and description of tricks that will enable you to unlock gear faster. 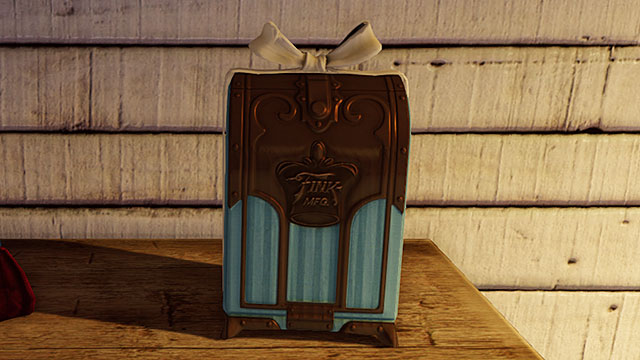 Gear in BioShock Infinite serves as skills that may be used to specialize Booker in some fields or to balance his offensive and defensive capabilities. By choosing your gear wisely you can create an entirely new "character class", much like in RPG games.

New gear can be found in nicely wrapped boxes and most of them are hidden in less obvious and/or less accessible areas. As a result the only way to make sure you've collected the entire gear throughout the course of the game is to explore each dark corner and to gain access to all areas hidden behind locked doors. 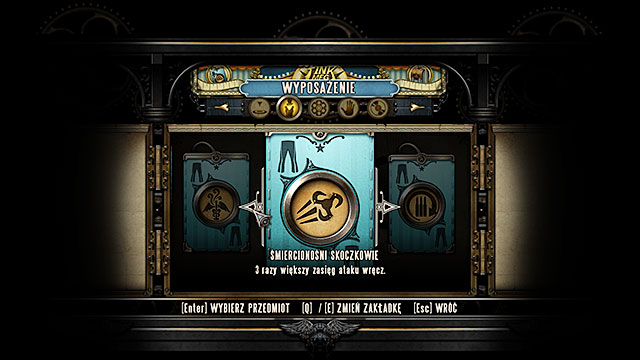 The basic version of the game contains 43 gear elements, however only 38 of them can be obtained during a single playthrough. Gear can always be found in predefined places, however the content of the box is always generated randomly.

An important thing to know is that the game performs the draw when you're opening the box and you can use this mechanic to your advantage by returning to the last checkpoint after receiving an element you didn't find useful (more on this later in this chapter).

There are four types of gear: hats (head protection), shirts (torso protection), pants (leg protection) and boots (feet protection). You can change your current gear at any point of the game (assuming you have other objects of the same type) by choosing the GEAR option from the player's menu. 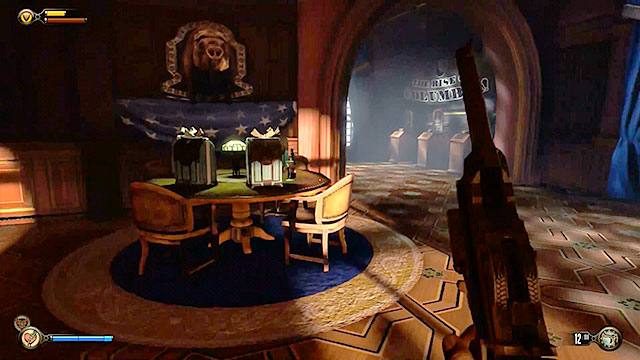 If you've acquired a special edition of the game (a pre-order or one of the collector's editions), then you will receive up to 10 additional gear elements and they can be found on the tables in the Blue Ribbon Restaurant visited at the beginning of chapter 4. 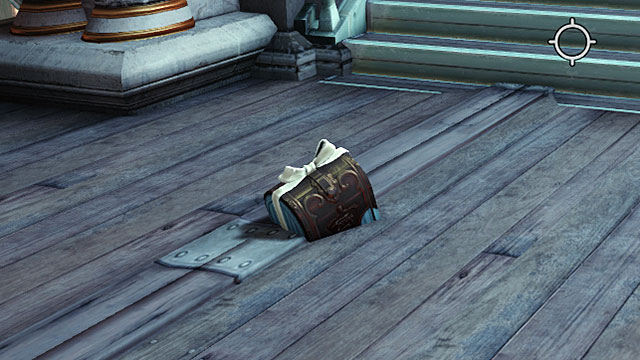 Aside from the predefined locations mentioned above you can also find new gear next to each Handyman you've managed to kill. Once you've defeated such an opponent examine his body closely, especially since the loot can sometimes "blend into" the level's geometry or can be missed easily if the body is in a darker area.

If you can't find any gear next to Handyman's body, then it means that it may have disappeared from the map or is stuck in a wall or some other obstacle. The only way to resolve such a problem is to reload the last checkpoint and repeat the duel with the Handyman (assuming that you don't want to "lose" this reward).

Guaranteed gear elements in the game

Despite the fact that gear is usually randomized there are five objects that will always be the same and will be always waiting to picked up in the same places. It happens probably because the authors of the game have decided that this should be an absolute minimum for you as the player should have. Here's a list of these objects along with the info on where they can be found:

Trick: Selecting 2 favorite gear elements at the beginning of the game 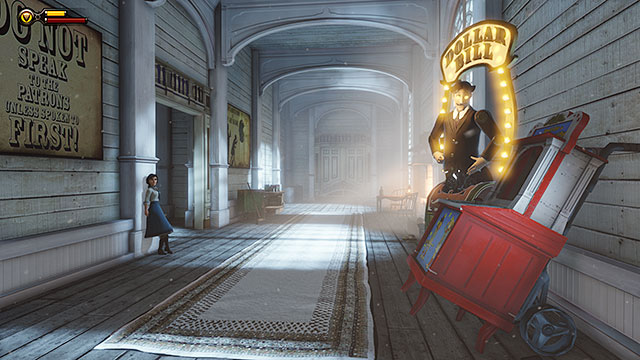 You can use the mechanic responsible for generating random gear to your advantage. Once you've advanced to chapter 7 you will have a chance to gather 2 elements of your clothing near the entrance to the Arcade. There is a room near the washrooms reserved for "colored" members of Columbia. One of the boxes with gear is hidden inside it. As for the other box (depending on the decisions made during the lottery), you will receive it from a couple encountered around the corner or from Flambeau near the entrance to the Arcade. There is a checkpoint in the corridor in front of the Arcade and if you don't like what you've found/received go back to the previous checkpoint before activating this new one. You can repeat this pattern as many times as you want and you should eventually obtain gear elements that you were looking for. 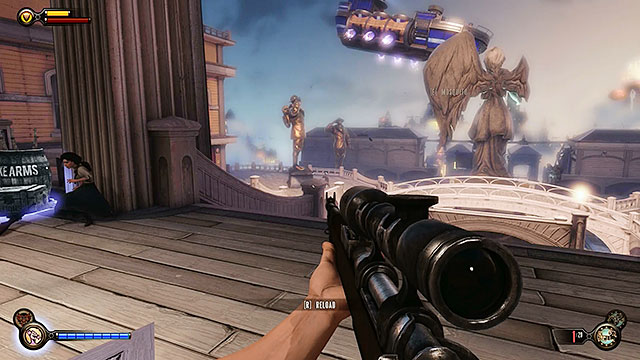 There is a glitch in the game and you can use it to clone some of the items collected in chapter 12 (Soldier's Field). It's not fair to the game to use this exploit , however the final decision is up to you. If you want to try this method, then you should ignore enemy units occupying the square after leaving the Hall of Heroes. Run past them, heading towards the gondola dock. Use the Sky-Line to get to Patriot's Pride Pavilion. 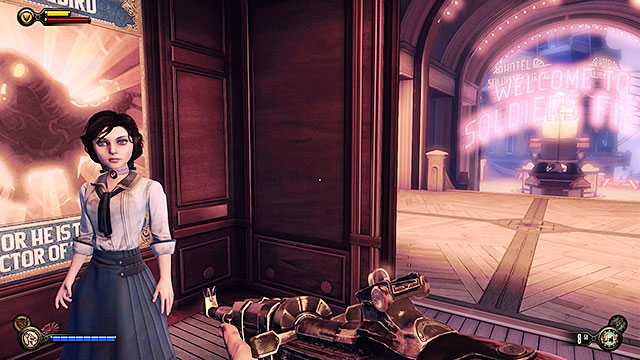 Use the elevator travelling between the pavilion and the promenade and then go to the Toy Soldiers store located near a carousel. 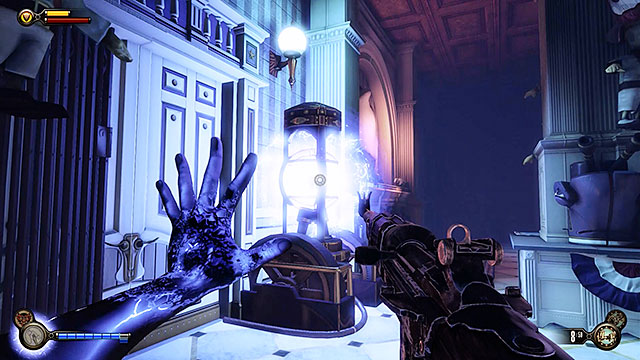 Once you've entered the store use the Shock Jockey vigor on a generator located in the middle of the room, gaining access to the back area. There's a box with a gear element behind the door. Pick it up and return to the Hall of Heroes (head inside). Replenish your salt supplies using a nearby distributor and then head back to the promenade to repeat all the actions described above.

Doing this will allow you to collect all 38 gear elements, however of course it will be time consuming. This method won't give you the guaranteed gear mentioned earlier, but the rest can be collected. If you're persistent you should really try, because you'll be able to make your character strong early in the campaign and this will be especially useful if you've chosen to play on the '1999' difficulty setting.

If the exploit described above didn't work, it might mean that one of the patches have fixed the bug.