On this page of our guide to BioShock Infinite you will find the third part of a detailed walkthrough of Chapter 37 - Hand of the Prophet. In the next part of the Comstock airship, the main heroes have to defend themselves against the Voxes arriving by barges. There will be new Patriots among them. Dealing with the Vox will allow you to use the next sky-line. 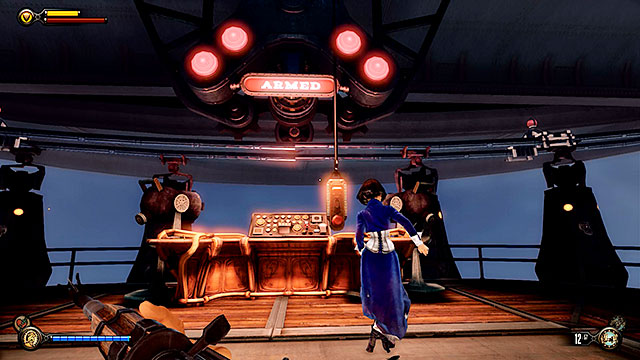 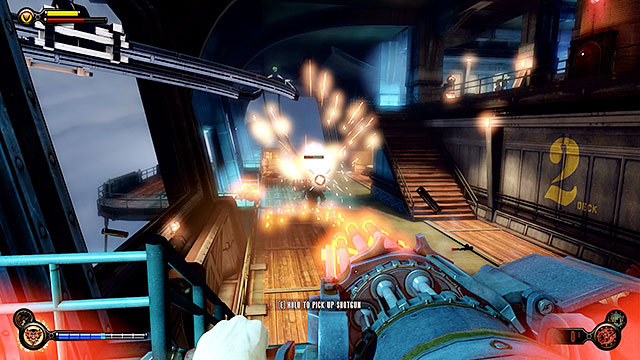 This time the pods are going to be released very slowly and in the meantime you will have to defend yourself against the Vox arriving using barges. There are going to be several Mechanized Patriots and heavily armored Volley Gun users among the standard revolutionists so be careful. Once you've eliminated all the hostiles attach yourself to the sky-line that will transport you to the next deck of the flying machine.