On this page of our guide to BioShock Infinite you will find the first part of a detailed walkthrough of Chapter 38 - Engineering Deck. In this part of the airship, a large group of enemies supported by the Handyman is waiting for the heroes. In the further part of the exploration of the airship, you have to destroy the turrets and use the next sky-line. 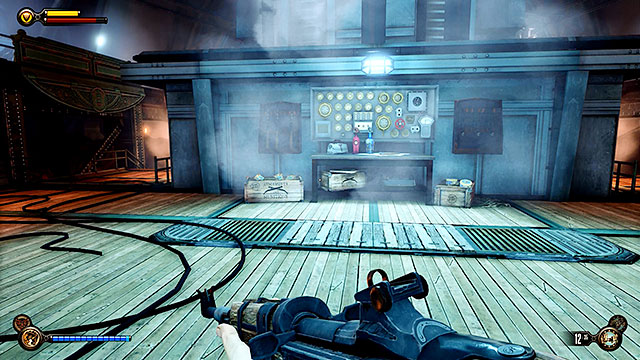 Explore the area near the entrance to this deck to find rifles, Volley Guns and other resources. I recommend picking up the weapons stored here, because you're about to take part in a rather difficult battle. 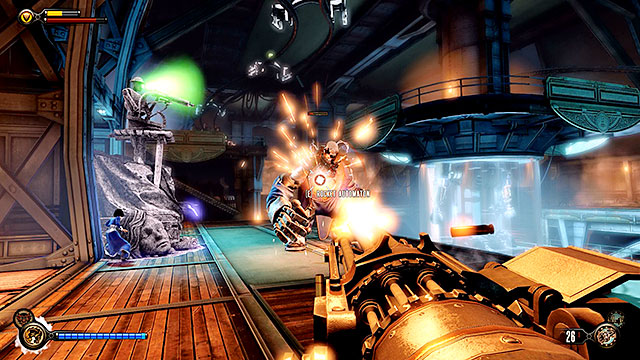 Head further into the deck and you are going to be attacked by soldiers accompanied by a new Handyman. Be careful while using the sky-line located above the deck until you get rid of the giant. Consider using nearby tears to summon turrets that will assist you in achieving victory. 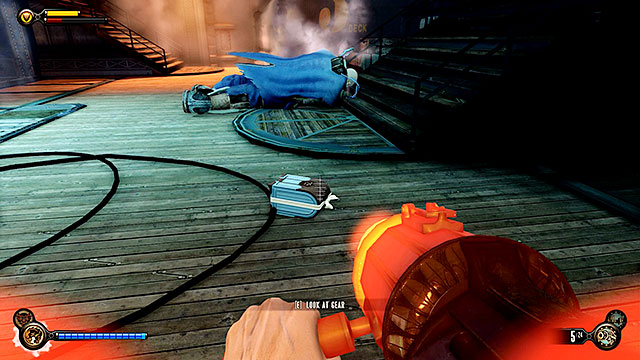 Don't forget to collect Gear #38 left by the slain Handyman. This is the last box with gear you'll find in the game. 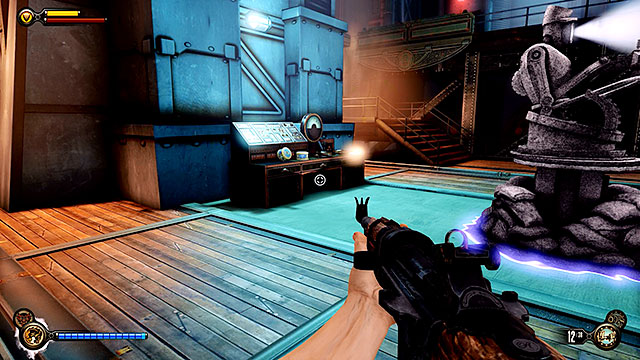 There's also a locksmith's set on a table, near a tear used to summon a rocket turret. 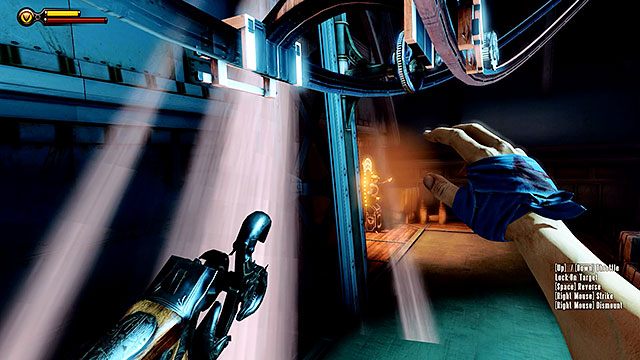 The second part of the deck is being guarded by two turrets stationed on both sides of the room. Reach a new deck to find a machine used to upgrade weapons. I recommend purchasing all the upgrades you can afford, because you're close to the finale of the game and you won't need the money later.

Once you've unlocked new upgrades attach yourself to a sky-line located above the vending machine and wait until you're transported to the top deck.