On this page of our guide to BioShock Infinite you will find the first part of a detailed walkthrough of Chapter 27 - The Factory. During the exploration of the factory, Booker will be forced to defeat the first Voxes. The main character will gain useful Undertow vigor, which allows him to throw enemies into the abyss. In the final phase of the stage you have to defeat a new Handyman. 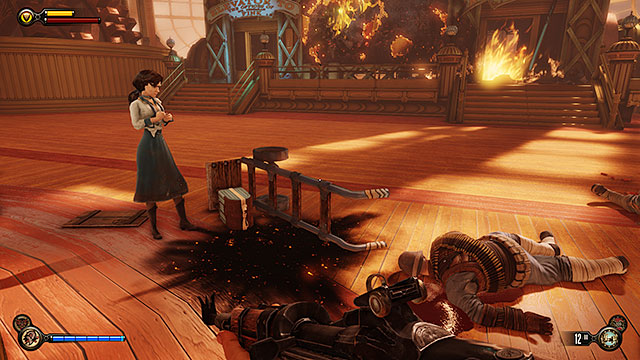 Enter the factory and explore two of the closest areas. There's a luggage cart near the elevator and you'll find Gear #22 next to it. Remain close to the elevator and search the floor near a policeman's corpse to find a locksmith's bag. Once you're ready use the elevator to reach an upper level. The elevator will stop between floors and you'll have to pick up a phone before being able to resume your journey. 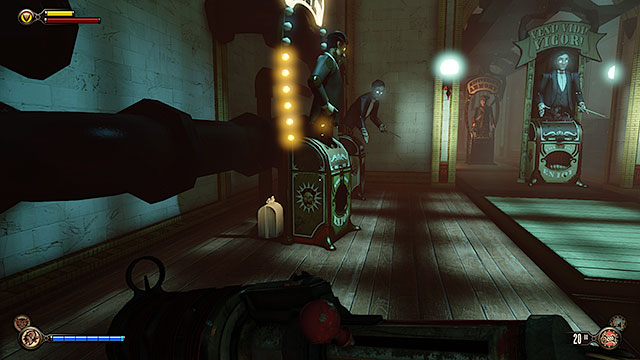 After arriving on the new floor you'll encounter the Vox and you should know that they won't be your allies anymore. Defeat them and then proceed to a smaller room located to the left. Find Gear #23 behind one of the vending machines. 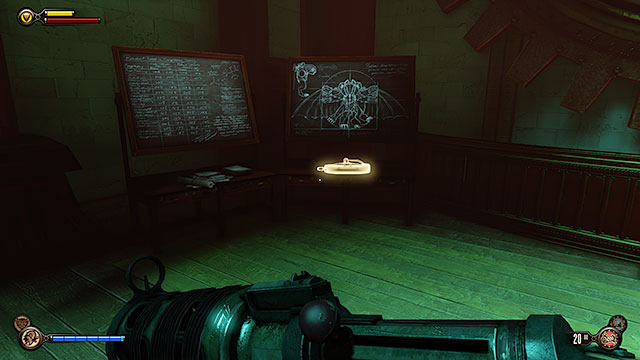 Make a stop near the exit from the building. Examine the area near a board with Songbird's sketch to locate Voxophone #51. 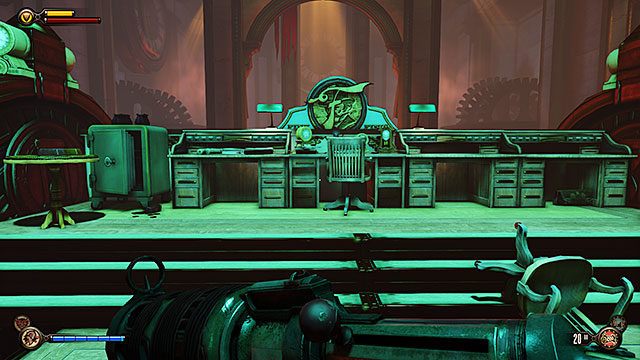 There's an opened safe behind the desks in the reception. Loot it before exiting the hall and also take some time to find a locksmith's bag behind another desk. 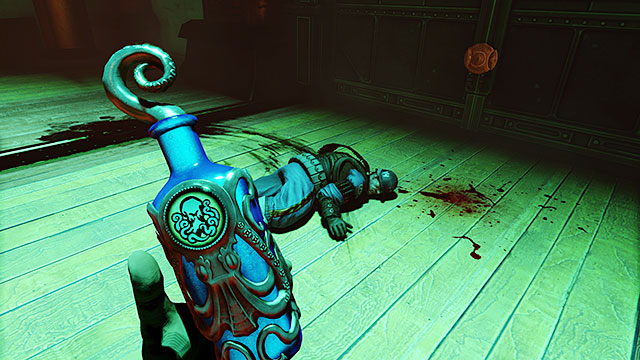 A corpse can be found next to a door leading outside. Check the floor near the corpse to uncover a new vigor - Undertow. This vigor may come in handy during the upcoming battle, because it can be used to throw enemies into the abyss. Ask Elizabeth to open a new door for you (she doesn't need any lockpicks) and enter the square located on the other side of this door. 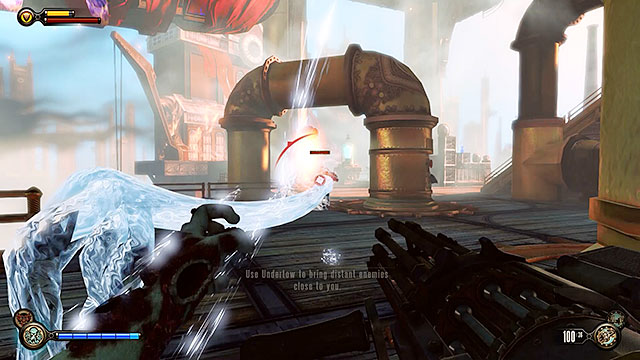 Some dramatic events will take place in Fink's office in the middle of the square. A Vox barge will hover above this area and a small squad of enemies led by a Fireman will appear here. Start the fight and use the sky-lines and a tear that summons a tesla coil to make it easier. 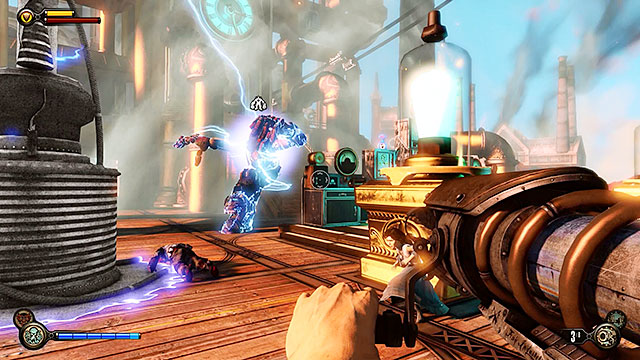 Once you've defeated the first group of enemies a new Handyman will arrive at the square. Stay close to the tesla coil you've summoned recently, because it will help you in defeating the giant. After you've killed the Handyman examine his corpse to find Gear #24. You may now deal with the remaining Vox forces present in the area. 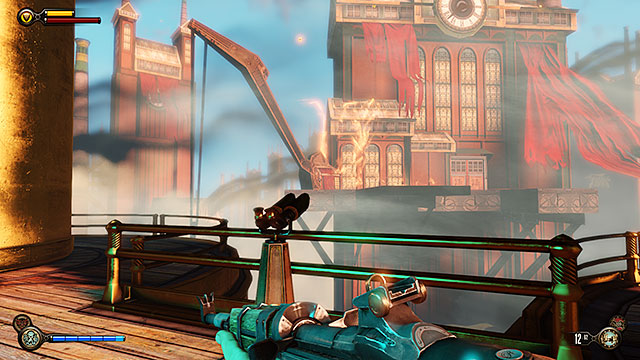 Keep fighting until you've eliminated all the hostiles. Approach the balustrade located to the left of the tesla coil and interact with a telescope to unlock Vantage point #30. 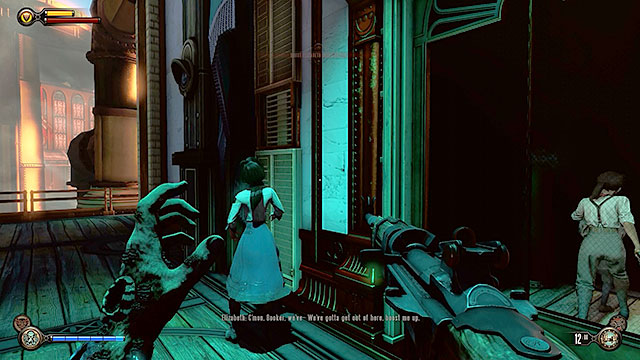 Go to the platform located under Fink's office. Wait to receive instructions and lift Elizabeth so that she can enter a ventilation shaft. You may now approach the glass door. Knock on the door to distract Daisy. Wait for Elizabeth to do her part of the job. Cheer her up and enter the office.