On this page of our guide to BioShock Infinite you will find the first part of a detailed walkthrough of Chapter 26 - Factory Courtyard. Our walkthrough advises how to destroy an enemy airship - the confrontation with a flying machine can be compared to a boss fight. After the heroes get on board the airship, it is worth to search it first. 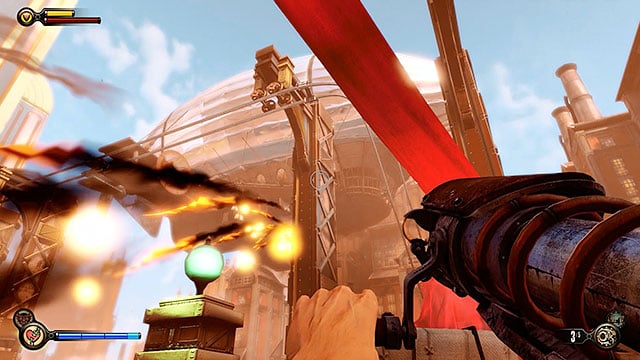 As soon as you and the Vox have approached the gate a zeppelin will show up. The ship is armed with a rocket cannon and it will start shooting at the gate. Don't try to destroy this cannon from the ground. It may look identical to rocket turrets encountered in front of the police impound, but you can't destroy without taking out the entire zeppelin along with it. 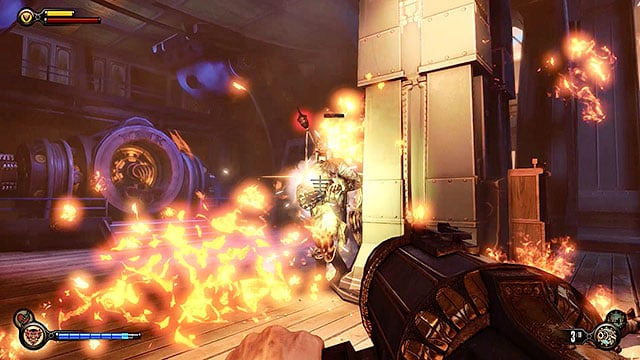 Use the sky-line located to the right of the platform to get on board of the zeppelin and eliminate all hostile units stationed there. One of the enemies will be a Mechanized Patriot and the best way to eliminate him is to use a Volley Gun found on a table near the window or a Grenade Launcher found near a control panel close to the zeppelin's beak. 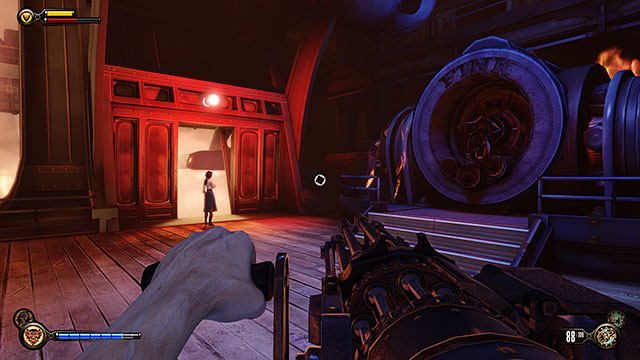 Keep fighting until you and Elizabeth are the only ones alive aboard the zeppelin. Make sure to explore the entire flying machine to replenish supplies. Proceed to the back of the airship to locate bare engine wires. Use the Sky-Hook to sewer the wires and then escape from the zeppelin via the left door, attaching yourself to a sky-line as soon as it's possible. 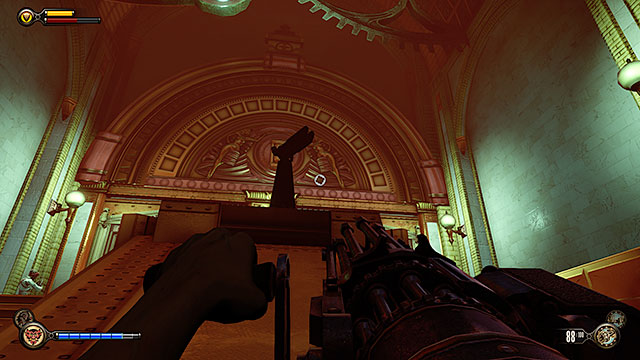 Once you've landed on a platform you should notice that the gate leading to the factory has opened. Don't go there right away, because you can unlock Vantage point #29 - Telescope here.