On this page of our guide to BioShock: Infinite you can find a walkthrough of the first part of Chapter 3 - Raffle Square. This is an important chapter of the guide, because you will finally have an opportunity to encounter your first opponents. Use the Skyhook (hand-to-hand combat weapon) and a pistol to eliminate Police officers. For the very first time, you will be able to use vigors (special abilities). In the final part of the chapter, you have to duel with a mini-boss - the Fireman. 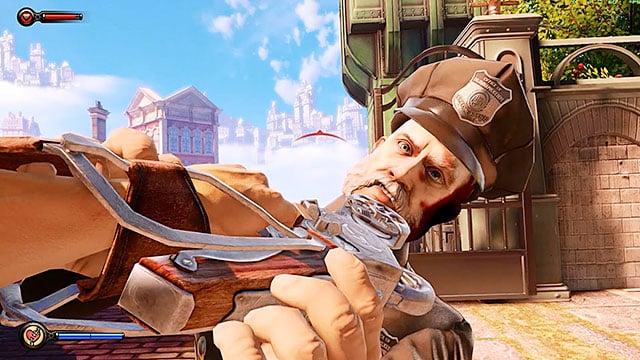 As you've probably noticed during the events that took place in the lottery area you've obtained your first weapon - a Sky-Hook. This object works in a similiar way to a wrench from the previous BioShock games. The main difference is that Sky-hook may be drawn without having to change weapons and that you can performing executions with it by holding down the attack button when a skull icon appears above the enemy's head. Another important purpose of this weapon is that it can be attached to ribbons and hooks in order to travel between buildings, but that won't occur until you're further in the campaign. 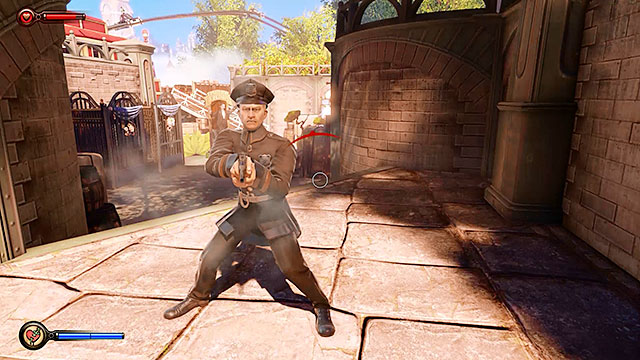 During the battle one of the killed policemen will drop a Pistol. Quickly pick it up and then proceed towards your current destination. 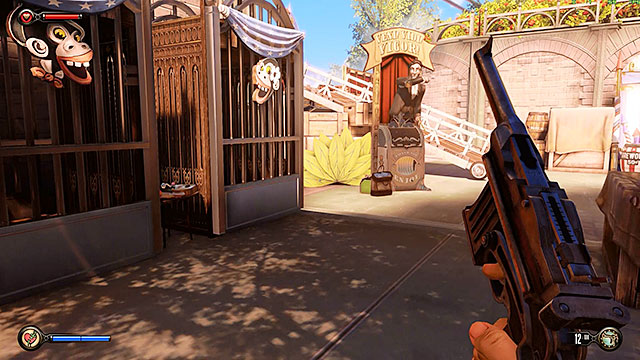 There are crates near the Veni, Vidi, Vigor! machine. Check the area between them in order to locate Voxophone #5 (there are also silver eagles nearby). Open the remaining containers and once you're done exploring resume your journey. You can also use this opportunity and upgrade your Possession vigor for a small sum of 50 dollars. Doing this will unlock the possibility of controlling not only machines, but also people. 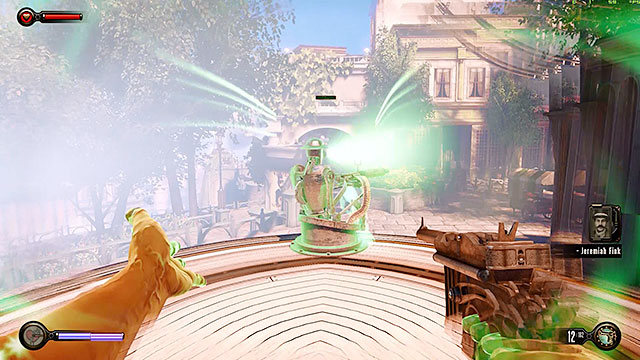 There's a barge in this area and its beak has a mechanical shooter mounted on it. This device works like a typical turret. Destroying the turrets is not a good idea at this stage of the game, because you would have to spend a lot of ammunition or perform a lot of Sky-Hook attacks, receiving serious injuries at the same time. You can on the other hand use the Possession vigor to take control over the turret and doing this will allow you to easily get rid of nearby policemen. Possessing the turret doesn't take too long so explore the barge to find salt and then proceed forward, looting bodies of all the enemies you've killed. 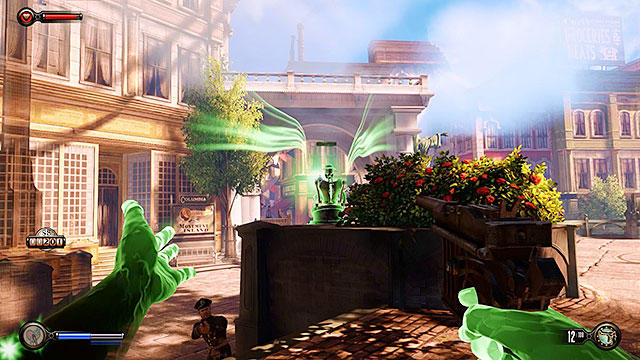 You'll have to deal with a similiar situation at the end of the park. Start off by taking control over the turret and once the area is safe head towards a narrow passageway located on the other side of the gate. Notice a Dollar Bill machine in this area - use it to replenish resources if you're out of salt or low on health. 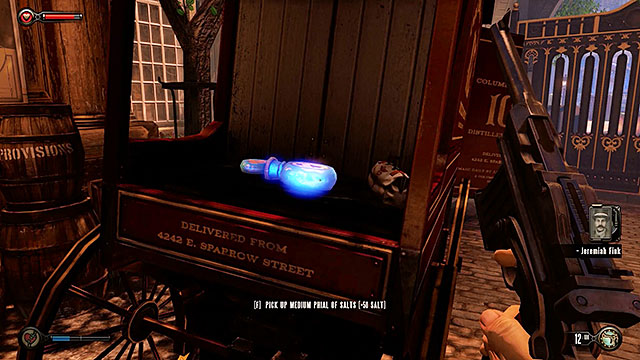 The alleyway you've just entered will allow you to get to a grocery store. It's recommended to explore the store in order to find some food, alcohol, money and ammunition for the pistol. Notice a wagon at the end of the street. Take a closer look at tit and you'll locate a medkit and a bottle of salt. Open a nearby gate and be ready to take on a new opponent.