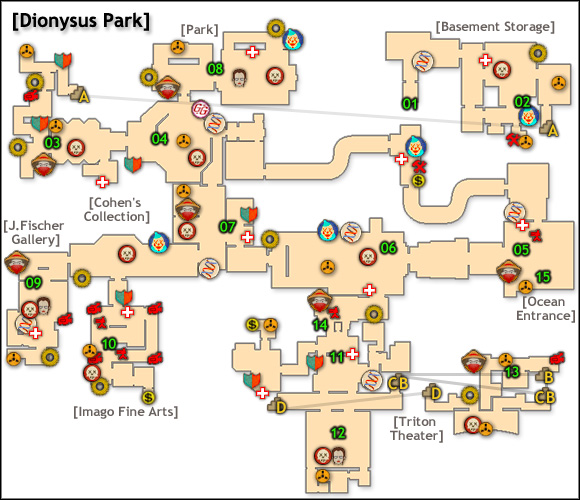 02 - As you continue deeper into the level, the rooms you pass by will get locked one after another. As you reach the room with "pillars", you will encounter a Houdini Splicer who's responsible for this. As you fight him, you should keep an eye for the red "mist", which indicated the place where he will appear.

Go to the upper floor and pick up the Audio Diary lying on the crumbled stairs.

The last Diary is behind a door protected with a code - 1080 - which you could have heard while listening to the last recording. There's also a Power to the People station there, however it might be worth leaving it for now, as you will find a new weapon on this level and might want to upgrade it.

03 - On your way to the room you will come across a camera. Inside there are three armed enemies and an Audio Diary by the base of the statue.

04 - A Gatherer's Garden and an Audio Diary at the roundabout's booth.

05 - On your way to the station you will have to deal with some enemies equipped with machine guns and shotguns. You will also find a safe and a Power to the People station. However the real joy comes with the new weapon, which you will receive from Eleanor - the [Launcher]. 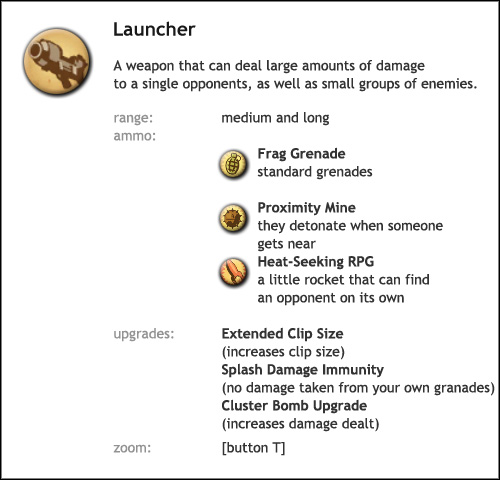 Once you get to the booth window, Stanley tells you to deal (no matter how) with the three Little Sisters that have appeared at this level. It's quite nice of him, as you probably would do it either way.

06 - Under the trash can, by the monuments, there's an Audio Diary.

07 - There's a Houdini Splicer here. A pair of machine gun wielding Splicers will enter through the door to the north. Don't forget about the recording, found on the piano.

AUDIO DIARY: [The Voice of the Self] - Sofia Lamb

08 - Here you can find the [EVE Expert] Tonic and an Audio Diary.

Once you get to the Daddy (this time in a more tough Elite version), it will turn out that he is (or they are, if the second one is still alive) in the middle of a fight. You can use this to your advantage and use the Hypnotize Plasmid to gain an advantage. There are three girls and 11 bodies to choose from, so gather from those that are easy to defend.

09 - A Sister with her Daddy, a camera, the [Drill Specialist] Tonic and in the south-west part of the room - an Audio Diary.

If you are rescuing the little ones, by now (8 saved girls) you should receive another gift, so go check it out at the nearest Gatherer's Garden and collect 160 dollars, 120 ADAM and the [Demanding Father] Tonic, which will speed up the gathering process.

10 - Before you can get inside, you'll have to melt the ice. Before there's a real fortress, protected by four cameras, supported by turrets. All those machines can come in handy as you collect ADAM, so try not to destroy them. Just use the Hack Darts or electrocute the machines and quickly run to them and hack.

Melt the ice block below one of the cameras and take the Audio Diary. A little further you will find the [Hardy Machines] Tonic and a safe.

11 - On your way you will find a rocket turret. Look inside the room to your right. There will be a pair of dancing Houdini Splicers. Hack the lock and you will gain access to a flooded basement with a safe and Diary inside. There's the [Electrical Storm] Tonic inside the toilets to the east.

12 - The last Sister. There's a Diary at the back of the room. There are two bodies in the area, but considering the size of the room and amount of doors nearby, it's not the best place to protect.

13 - You'll find a Diary on the balcony on the upper floor.

In the corridor leading to the projector, besides a pile of debris, there's a Diary. There's also a Tonic - [Extended Reel] - inside the projector room.

14 - Electrocute the lock and go inside small room, in which you will find some proximity mines. You can see it while fighting a Big Sister.

15 - It's time to choose if Stanley should live or die. After you're done, pick up the Diary and move on.